Israeli right-wing politicians actually hope for an outburst of violence in the West Bank, even if all politicians know that there is a path to peace with Palestinian President Mahmoud Abbas. 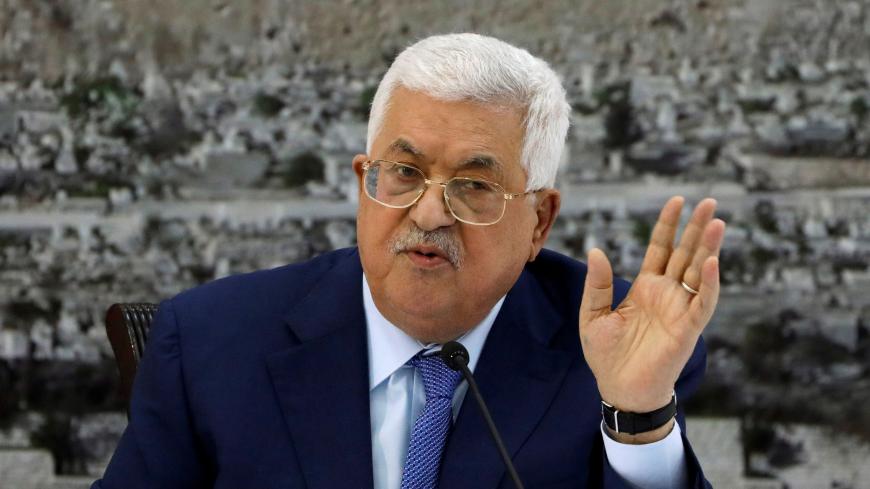 The idea that the Gaza Strip will eventually erupt is entirely predictable.

It should be obvious to everyone that 2 million people living in such dire humanitarian circumstances and controlled by a terrorist organization is the kind of explosive material that will inevitably blow up sooner or later.

On the other hand, the explosion that is unpredictable is the one in the West Bank. There are two main reasons for the sense of relative stability that permeates that region. The first is the constant, stubborn effort by the Shin Bet, with military backing from the Israel Defense Forces (IDF), to thwart terrorism. The second is security cooperation with the Palestinian Authority (PA) and its security forces.

They are under orders from President Mahmoud Abbas, first and foremost, to prevent terrorist attacks, even though he is subjected to profound and widespread public criticism because of this. The contribution of the Palestinian security cooperation to preventing terrorism is enormous.

But the current state of stability is threatened by a series of recent developments. Should these coincide, they could cause everything to blow up and result in a major conflagration. These developments are:

When I say a major conflagration in the West Bank, I mean that the Palestinian-Israeli conflict will once again become violent and encompass a geographic area that includes all the cities, villages and refugee camps throughout the entire West Bank. In military terms, this is an “intercommunal conflict,” or rather a civil war between those who are citizens and those who are not. There is no set mechanism to end such a conflict. It lasts a long time, has numerous casualties and leaves hundreds of thousands of people uprooted. One terrifying example of this is Syria.

Intercommunal conflict in the West Bank will impact all areas of life in Israel. The economy, exports and tourism will all suffer. Israel’s diplomatic isolation will intensify. The IDF will return to policing duties, impacting its readiness for war, as happened on the eve of the Second Lebanon War in 2006.

Decision-makers are well aware of the scenario I presented and its serious consequences. Just last year, the heads of the Shin Bet and the IDF presented it to the Cabinet, as well as to the Knesset’s Foreign Affairs and Defense Committee. But no one jumped up to prevent it or at the very least, to prepare for it.

The reason is that some of the more extreme leaders of the right want precisely this scenario to happen. As far as they are concerned, it is the only way to obtain 100% control over the Greater Land of Israel — the land between the Mediterranean and the Jordan River — without bearing the burden of controlling a population over half of which is Palestinian. They hope that the steps taken to impose collective punishment, which will become necessary due to the scope of the violence, will result in the mass emigration of Palestinians eastward, across the Jordan River. They will legitimize maintaining the occupation of the West Bank by force and keeping it under military rule. Supporters of this scenario believe that it is the best and only way to ensure that Arabs do not become the majority population in the land between the Jordan River and the Mediterranean. The more centrist group of right-wing leaders is aware of the risks inherent in an ethnic war in the West Bank but is not willing to come into conflict with a significant part of their voter base in order to give up control of about one-fifth of Israel’s total territory, just to establish a Palestinian state.

Unfortunately, even most of Israel’s center-left leadership has accepted the false premise that “there is no partner for peace.” And yet, the Palestinian leader who always wanted negotiations with Israel is none other than Abbas. He has the receipts to prove it too, just as he does for his active opposition to violence and terrorism and his insistence on continuing security collaboration with Israel. All members of the Cabinet, and all those who served in a senior official position and are now political leaders, know this to be true. They were exposed to it in the briefings they heard and in the intelligence reports they read. They know that the statement, “Abbas is not a partner for peace,” is a lie.

It is true that Abbas is not a partner for continuing the status quo, nor is he a partner for expanding the settlements. He is, however, a partner for serious, in-depth negotiations and has already proved as much. Toward the end of Ehud Olmert’s time as prime minister, the two men engaged in many extensive discussions, which resulted in a series of understandings, not bridging all the differences. All that was left were a few minor differences, which any fair and authoritative mediator can resolve.

When they engaged in these negotiations, Abbas was president of Palestine (he still is) and Olmert was the elected prime minister of Israel. If a new Israeli government does not want to see the current situation deteriorate into intercommunal conflict in the West Bank between the settlers and the Palestinians, it will have to revisit the Olmert-Abbas understandings and simply use them as the basis for negotiations.