To avoid escalation ahead of the April elections and the Eurovision contest, Israel accepted Hamas’ explanation over the rocket fire on Tel Aviv last week. 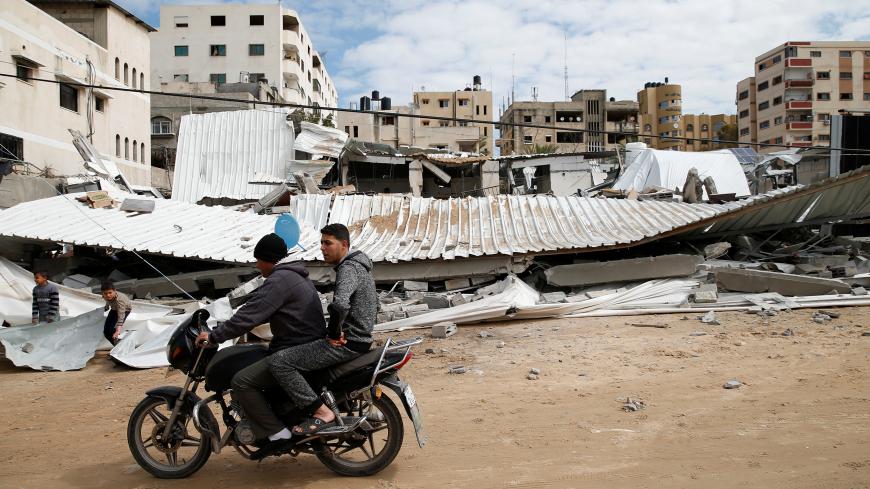 The firing of two rockets on Tel Aviv on March 14, a bit after 9 p.m., caught the Israeli defense apparatus by surprise. At that moment, senior Hamas members were meeting with an Egyptian delegation in Gaza; they were exchanging messages and opinions about Israel’s elections, and also agreed to continue to receive Qatari assistance. Simultaneously, Shin Bet head Nadav Argaman was in Cairo. He presented Egyptian intelligence officers with the views of the Israeli political echelon regarding a Gaza arrangement in the near future, as well as temporary solutions for the Strip until after the Israeli elections on April 9, when its political system will stabilize.

Who pushed the button that launched the rockets? Who sidestepped instructions from the Hamas leadership and dared, especially at this critical time, to launch missiles at Tel Aviv? Those who claim there is no difference between rocket fire on the Gaza envelope communities and fire on Tel Aviv are fooling themselves. In the distorted rules of the game, vis-a-vis Hamas, to which Israel gave its stammering, tacit approval, firing at populations in the south is called “escalation,” while long-range missile fire at Tel Aviv is no less than a declaration of war.

This is evidently why Israel immediately, and understandingly, accepted the Hamas message that the firing was caused by a “technical glitch.” It is evidently also the reason why the Israeli response was limited to bombing unmanned targets in the Strip. The important thing was to go through the motions for the Israeli public.

The missile fire was not caused by a technical mishap. It does not make sense that two missiles could be fired at the same time due to the same mishap. In October 2018, when a rocket was fired at the southern town of Beersheba and hit a home, Hamas claimed the rocket fire was caused by a stroke of lightning on the launch system. Then, like today, Israel hurried to accept Hamas’ explanation. According to a Palestinian source, both strikes — the one in October and the one last week — were caused by “disciplinary mishap” in Hamas’ military wing.

People tend to assume that Hamas’ political leadership keeps its military wing under iron discipline and that everyone obeys its dictates. However, the truth is that there are sharp disagreements between the political and military leaderships. Most of the criticism is directed at the movement’s leader in Gaza, Yahya Sinwar, who strives for a political solution with Israel under the assumption that such an agreement will end the blockade. Another faction of the movement holds that no scenario will involve an all-inclusive solution for Gaza and removal of the blockade. They think, therefore, that they must continue to fight Israel until the blockade is removed.

So far, Sinwar’s path has not brought about the desired results. Gaza’s economic situation continues to worsen, the “Qatari oxygen” (or monthly financial aid) is faltering, and last week a wave of demonstrations broke out among the Gaza residents under the slogan “Let us Live,” aimed directly at Hamas. For the first time since the military coup in 2007, senior Hamas members face an extensive uprising. It is doubtful, however, that this will turn into a real mass protest movement.

According to the Palestinian source, Israel clearly knows that the missile firings were not caused by technical glitches, just as it knows that no bolt of lightning launched the rocket on Beersheba in October. Instead, Israel views these as organizational glitches. And Israel understands that those firing the missiles are openly challenging Hamas' leadership.

Israel was willing to adopt the technical glitch explanation for several reasons.

First, Hamas admitted that the movement’s leadership did not OK the launches and is not interested in aggravating the situation. On the contrary: Hamas and Egypt are seriously discussing a Hamas-Israeli truce.

Second, Israel is not interested in a broad military campaign so close to elections.

Third, the Eurovision competition will take place in Tel Aviv in May. An all-out armed conflict with Hamas would lead to canceling the competition.

The following information appeared on the British newspaper The Independent's Arabic website: During these tense hours in Gaza and Tel Aviv, Hamas senior Moussa Abu Marzouk and Shin Bet Director Nadav Argaman met in Cairo and dialogued directly. They reached various understandings regarding the rocket and missile launchings, and easements on Gaza as part of a future arrangement. The parties have been working on this arrangement for many long months.

Israel and Hamas denied this report. A Hamas source told Al-Monitor that Hamas has never held direct talks with Israel in the past, and will never do so in the future. Reminder: In the course of the final stages of the negotiations surrounding the Shalit prisoner-exchange deal, the Israeli and Hamas delegations sat in the same building (in Egypt’s intelligence headquarters in Cairo), but in separate rooms. And so, it seems that last weekend, Moussa Abu Marzouk and Nadav Argaman sat in separate rooms and transferred their messages to one another via Egyptian intelligence head Abbas Kamel.

According to the Hamas source, the talks about a long-term truce between the sides have advanced considerably. The problem is that at this point in time, the program is only on paper and limited to general declarations of intent. And what is needed now are practical steps that could mitigate or ease the problems on the ground in the suffering Gaza Strip. Currently, there is no one on the Israeli side who can make decisions due to the impending elections. It seems that Argaman’s stay in Cairo is only to transfer positive messages, and to play for time. The problem is that as far as Hamas is concerned, the sand has run out of the hourglass long ago.

Hours after the missiles were launched at Tel Aviv, and in light of the messages received in Cairo, Hamas was frightened by the thought of what could have taken place in Gaza if Israel hadn’t accepted the “technical glitch” excuse; therefore, they decided to cancel the fence demonstrations. The Egyptians also transferred this message to Israel. But after barely 48 hours of quiet had passed, Hamas leaders announced that they would intensify the night demonstrations and the Gaza border-fence confrontations on the weekends.

Will this now catalyze a deal with Israel? Certainly not. But pressures must be released, and Hamas prefers noisy fence demonstrations over an intractable breakaway faction that might decide that this is exactly the time to press the launch-missile button again.