On the backdrop of the growing crisis in the Gaza Strip, Israel, Qatar and Egypt are discussing the idea of humanitarian aid supplies financed by Qatar. 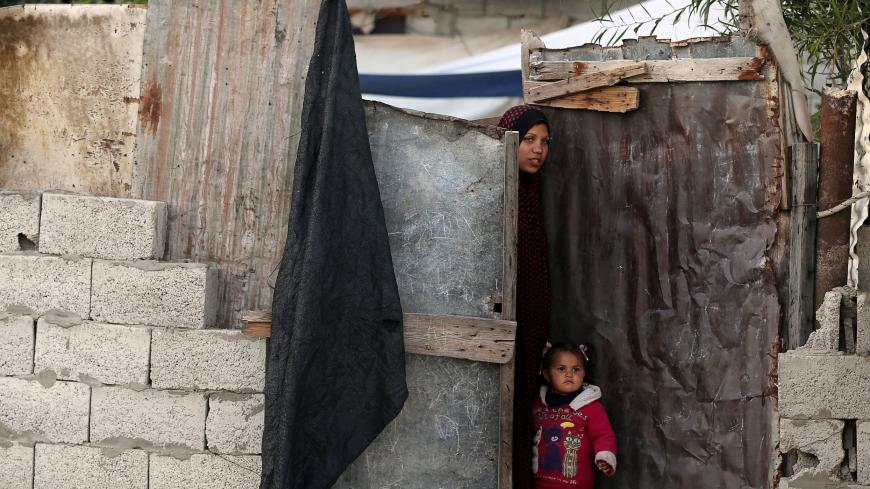 Hamas decided to reject a tranche of Qatari aid funds at the end of January, accusing Israel of imposing new conditions on the money entering the Gaza Strip.

It took the Hamas leadership about a month to understand that it had made a grave mistake. Surprisingly, the movement’s seasoned, broad-based leadership thought it could find an alternative to the aid Qatar has been supplying the Strip since October 2018.

Hamas must have reasoned that the funds it has been using to pay thousands of its employees were making it took as though the movement was selling out the hallowed jihad or unable to administer Gaza and take care of its residents. After the rejection, a temporary compromise was reached under which the UN transferred $9.4 million as humanitarian aid. The Qatari aid money to the Gaza Strip administration was thus transformed into aid money for needy Palestinian families — a bit of a euphemism given that most of the Strip’s two million residents are in need.

As it usually does, Hamas decided to fix its mistake by heating things up with Israel. The group went back to launching incendiary balloons and escalated violent demonstrations on the border fence. The number of Palestinian casualties has climbed after weeks of Egypt urging it to avoid escalation and wait until after Israel’s April 9 elections to complete the long-term cease-fire deal that has been months in the making. However, growing shortages have increased pressure on the Hamas leadership. How can one ask thousands of civil servants to wait for their pay until after Israel deals with its domestic political affairs?

Hamas recently warned Israel through Egyptian mediators that it does not intend to wait. It also upped the ante, demanding $20 million. To underscore its message, Hamas started dispatching balloons carrying explosives. On March 7, a single rocket was fired into Israel.

On March 5, a senior delegation headed by deputy head of Egyptian intelligence Amr Hanafi and senior intelligence official Ayman Badiye arrived in Gaza. Joining them was Hama Abu-Zid, Egypt’s consul at its embassy in Tel Aviv. Qatari envoy Mohamed Al-Emadi awaited developments in Tel Aviv, saying that whatever Hamas and Egypt agreed would be acceptable to Qatar and its emir. According to an Egyptian source, prior to their meetings in Gaza, the Egyptian team met in Israel with Mossad chief Yossi Cohen.

In Gaza, the delegation met with Hamas leaders Ismail Haniyeh and Yahya Sinwar. A Hamas source told Al-Monitor it was the first time the Egyptians realized they had to work jointly with Qatar to resolve the Gaza crisis despite the high tensions between the two countries. Egyptian President Abdel Fattah al-Sisi views Qatar as a destabilizing force in the Middle East, but understands that regarding Gaza, it is also the solution. Egypt does not want and cannot afford to be Gaza’s sole donor.

At their meeting, the Egyptians and Hamas discussed replacing the suitcases full of Qatari cash sent into Gaza in recent months for containers of humanitarian aid, at least until after the Israeli elections. Egypt and Qatar both know that the wheel cannot be turned back; Israel won’t change its mind and will not allow cash payments to enter Gaza again. Approving the resumption of the cash transfers would be political suicide for Prime Minister Benjamin Netanyahu. Therefore, instead of money, the Qataris would send in trucks full of food, medicine and other essential goods — real humanitarian aid the Israelis will accept as necessary. Netanyahu’s rivals will stop attacking him for handing over cash to Israel’s enemies, and Hamas will not appear to be selling its soul to remain in power.

Although Israeli security officials understand that Hamas does not want to draw Israel into an unnecessary war at this point, every balloon bomb results in military retaliation. Experience has shown that any small escalation can turn into a major one, especially when Israeli decision-makers are on edge.

On March 7, Netanyahu toured the Gaza and Egypt border areas. During his visit, a volley of shots was fired at Israeli forces along the border with Egypt. Netanyahu responded with a warning. “Hamas should understand that any display of aggression will be met with twice as great a response from the Israeli side,” Netanyahu told reporters. “They would do well to understand this now rather than later.”

Netanyahu will have to decide in the coming days what to do with Gaza. Will he reject out of hand any proposal to ease pressure on the Strip or explain to his voters that Israel is willing to allow humanitarian aid as long as it does not reach Hamas?

According to security sources, before the Egyptian delegation returned to Cairo, its members asked Hamas to give Netanyahu a few days to make his decision now that Israel understands that Gaza cannot wait until after the vote. The way Hamas sees it, Netanyahu cannot wait, either.