The latest rocket attacks from Gaza and the regularity of air raid sirens in southern Israel prove that the Israeli government's strategy of blockading Gaza is a failure. 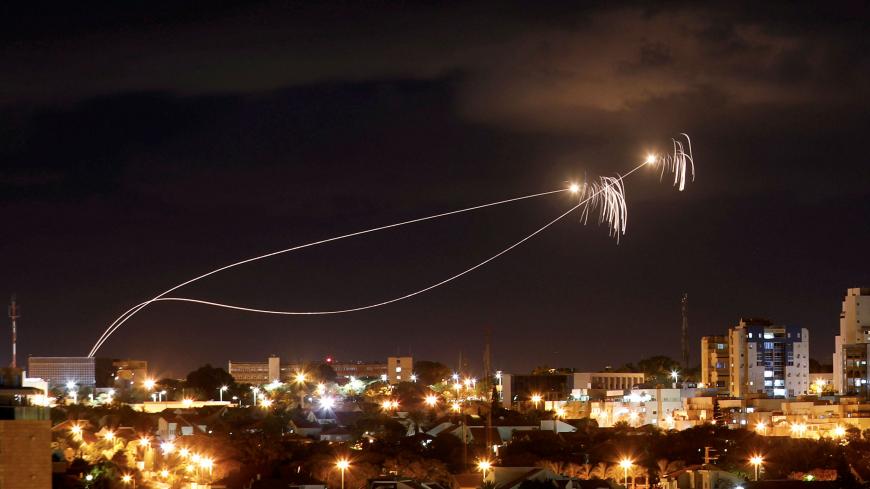 “Hamas needs to know that we will not hesitate to move in and take all the necessary steps,” Prime Minister Benjamin Netanyahu warned on March 26, responding to the rocket fired from Gaza on March 25 that destroyed a home in Mishmeret and injured seven Israelis. In an unmistakable reference to the April 9 elections, Netanyahu added, “This is not connected to anything, to any date, only to the needs of Israel’s security.”

Really, sir? You want us to believe that there is not an opinion poll on your desk measuring public support for a military ground operation in Gaza? Are you not taking into consideration that photos of dozens of soldiers’ funerals and hundreds of thousands of civilians cowering in shelters might cost you your comfortable leather armchair in the Prime Minister’s Office and send you in the direction of the defendant’s bench in district court?

Netanyahu promised that Israel would retaliate “forcefully” for the rockets fired from Gaza at the Israeli heartland in recent weeks. His rival for the premiership in the April 9 elections, Lt. Gen. (res.) Benny Gantz of the Blue and White party, had called for a “significant tough response” after the March 14 launch of two rockets toward Tel Aviv. One of the Blue and White’s campaign videos features footage of explosions and Israelis fleeing to shelters as sirens wail and captioning that reads, “We will not pay protection money to Hamas,” a reference to the Qatari aid money entering Gaza under Israeli auspices. “We will not abandon residents of the south.”

What, then, do Netanyahu and Gantz propose that Israel has not done to date in its war against Hamas, which already includes aerial bombardments of residential neighborhoods, siege, naval blockade, ground incursions, assassinations of Hamas leaders, cash infusions, deadly sniper fire at children, journalists and paramedics.

The conflict on the Gaza border over the past year has already generated a United Nations commission of inquiry that last month recommended that the UN Office of the High Commissioner for Human Rights send the material it had compiled to the International Criminal Court in The Hague. Panel members also recommended imposing sanctions on Israelis who fired at protesters who were not involved in any hostile activity toward Israel, including the arrest and extradition of Israelis suspected of complicity in war crimes.

A July 2017 report by the UN Conference on Trade and Development warned that Gaza might not be fit for human habitation by 2020, meaning next year. According to data issued this month by the Palestinian Central Bureau of Statistics, unemployment in the coastal enclave reached 52% in 2018 — an 8% increase since 2017 and a 20% increase since 2007 — when Israel imposed its siege after Hamas took control of Gaza. When babies in Gaza die of hunger and lack of medicine, Israel will not be able to absolve itself of blame with the familiar excuse “But we pulled out of Gaza.”

“To everything there is a season, and a time to every purpose under the heaven,” according to Ecclesiastes (3:1-2). “A time to be born, a time to die; a time to plant, and a time to pluck up that which is planted.” Apparently, the coming days are a time for combative campaign slogans and a time for producing attention-grabbing campaign videos.

At another point in time, in October 2014, a month after the 50-day war with Gaza ended, Amos Harel, military affairs analyst for Haaretz, reported the following statement: “We also need to conduct ourselves rationally. We need to permit the opening of the Strip to goods. In the end, there are 1.8 million people there.… These people need to live.” He was quoting the military chief of staff, one Benny Gantz. One can but hope that Israel’s next government will take Gantz’s recommendations under advisement.

The latest attacks from Gaza on population centers in the Israeli heartland and the warning sirens that constantly blare in border communities prove that Israel’s blockade strategy is bankrupt. Recent protests in Gaza reflect residents’ dire economic straits, but they are a long way from auguring a popular uprising against the armed Hamas thugs who lord over them. The key lies in the meeting room of Israel’s Security Cabinet.

As Gantz said in the 2014 Haaretz interview, another element is required in addition to military results — “an economic anchor that will consolidate the military achievements.” Maintaining quiet, he added, will also depend on the “carrots” Hamas is extended after the fighting, meaning an easing of economic restrictions against Gaza. Success, he said, lies in creating the right balance of “hope over despair.” Will he remember all of this if an election victory paves his way to the Prime Minister’s Office?

The key to hope lies in a diplomatic arrangement ending Israel’s policy of differentiation between Gaza and the West Bank. Perpetuating the occupation of the West Bank and the continued siege of Gaza is creating hotbeds of despair and a recipe for continued violence.

Any remaining hope of President Donald Trump’s “deal of the century” extricating the peace process from the dead end where it has stalled during the Netanyahu decade was lost when Trump, on March 25, signed a proclamation recognizing Israel’s sovereignty over the Golan Heights.

Could it be that Secretary of State Mike Pompeo did not realize that US recognition of Israel’s unilateral annexation of the Golan contradicts the most important clause in Israel’s peace agreement with Egypt, whose 40th anniversary fell the day after Trump's proclamation? Did no one bother to inform the top American diplomat about the contents of the treaty, which he himself hailed on March 26 as the “foundation for a new chapter in the Middle East [that] set the stage for a safer, more stable, better integrated region, ending a long period of armed conflict”? Does he not know that this landmark document states repeatedly that UN Security Council Resolution 242, on Israel’s withdrawal from the territories it occupied in 1967, is the agreed basis “for peace not only between Egypt and Israel but also between Israel and each of its other Arab neighbors”? That clearly includes Israel’s Syrian and Palestinian neighbors.

The day after hailing the Israeli-Egyptian accord on land for peace, Pompeo asserted at a congressional hearing that the recognition of Israel’s sovereignty over the Golan Heights “increases the likelihood that we get resolution of the conflict between Israel and the Palestinians.” This is reminiscent of Netanyahu's bizarre proclamation at the inauguration of the US Embassy in Jerusalem that “it’s also a great day for peace.” According to this logic, the next step should be American recognition of the annexation of the West Bank, as the Israeli right has been pushing.

So on the 40th anniversary of the Israeli-Egyptian peace accord, the United States decided to pull the rug out from under this precedent-setting agreement. The world will not save Israel from itself. Trump has not missed a single opportunity to strengthen the right-wing settlement movement, so one can assume that as the 2020 elections draw near, he will not do anything that provokes his political base. What about Netanyahu’s base? They will invariably keep chanting “Only Bibi” all the way to the air raid shelters. In two weeks time, we will know the winner — whether hope or, heaven forbid, despair.