According to current polls, neither Likud nor Blue and White alliance would be able to assemble a governing coalition after elections, raising a number of even more unlikely scenarios for doing so. 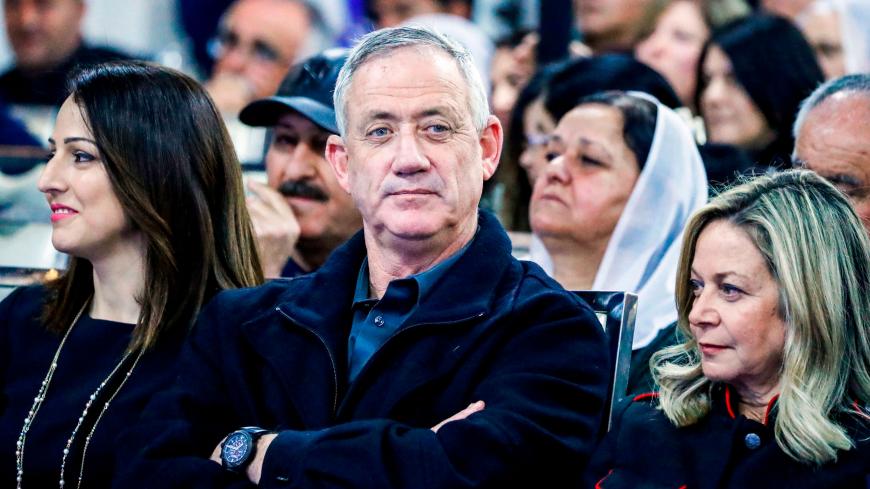 At this point, it is unclear whether the outcome of the April 9 elections will resolve Israel’s current political predicament and permit the formation of a new government. According to polling, despite experiencing somewhat weakening momentum, the new Blue and White alliance, led by Lt. Gen. (res.) Benny Gantz and Yair Lapid, is still running ahead of Prime Minister Benjamin Netanyahu’s ruling Likud by the equivalent of five to seven seats in the 120-seat Knesset.

Nonetheless, Blue and White does not appear likely to obtain enough support from other parties to form a coalition government. At best, with the Arab parties on board, it would be able to form a bloc preventing Netanyahu from forming the next government. Given that the prospects are non-existent for forming a coalition government with the support of the parties representing Israel’s 21% Arab minority — it has never happened nor will it — the elections could result in a political tie, a dead end with neither side constituting the majority needed for a governing coalition.

Likud could still, of course, pull ahead of Blue and White and form a narrow right-wing coalition similar to Netanyahu’s current government. This scenario is looking unlikely, however. Another highly unlikely scenario is for Blue and White to divert votes equivalent to five to seven seats from the Likud to provide the center-left the necessary majority for a coalition government.

Such stalemates have in the past been resolved by forming national unity governments. It happened twice in the 1980s and once on the eve of the 1967 war, which placed Israel under existential threat. The situation in 2019, however, is very different.

The Labor Party, led by Avi Gabbay, and Gantz and Lapid's Blue and White alliance have hemmed themselves in by declaring publicly that they will not join a future Netanyahu government now that Attorney General Avichai Mandelblit has decided to pursue his indictment on corruption charges (pending a hearing). Their declarations complicate matters to an unprecedented degree. A national unity government alternately led by Netanyahu and Gantz is the only way out of the stalemate, but this is a non-starter seeing as it would trash Gantz’s credibility and put an end to his fledgling political career.

Israeli law requires the president, Reuven Rivlin, to task a Knesset member with forming a new government within seven days of an election, after consulting Knesset representatives from all the parties. The candidate selected has 28 days to complete the task, with an optional 14-day extension. If he or she still fails to forge a coalition, the president can conduct another round of consultations with the parties and task another Knesset member with giving it a go. If the second pick also fails, a majority of Knesset members can ask the president to select a third lawmaker to give it a try. The whole process of forming a new government could thus last months, during which Netanyahu would remain in power at the head of an interim government.

If the third Knesset member also fails to assemble a coalition, new elections must be held within 90 days. This process could extend to seven whole months, during which time Netanyahu would keep his seat and remain immune from attempts to remove him. An interim government is a strange constitutional entity. It cannot be removed, it cannot fire anyone, but other than that, it enjoys the full powers of a regular government.

One way out of this imbroglio is to get rid of Netanyahu. Lapid has already announced that Blue and White would be happy to form a national unity government with the Likud “on the day after Netanyahu.” That said, is anyone in the Likud willing to challenge Netanyahu’s leadership after the elections and show him the door? If the voting ends in a tie, such a scenario would be highly unlikely. Netanyahu has managed to quell all attempts to challenge his domination over the years, as the bodies of conspirators left behind make evident. This time, with three possible indictments in the works, Netanyahu is more vulnerable, but one should not underestimate his political skill and his overwhelming and iron-fisted control over the Likud, which more resembles a sect than a democratic political party.

Yet another option is for one of the other parties on the right to break ranks and defect to the center-left. If Blue and White attains a significant victory over Likud (garnering the equivalent of five or more Knesset seats than Likud), Lapid and Gantz could try to tempt some parties, such as Avigdor Liberman’s Yisrael Beitenu or Moshe Kahlon’s Kulanu, to join the government in return for enticing ministerial roles. Both of these parties, however, are currently on the cusp of failing to meet the electoral threshold to enter the Knesset. If one or both fail to win over the required 3.25% of the electorate, the right would lose a significant chunk of votes. This would weaken Netanyahu even further, but at the same time, in a typically Israeli paradox, it would also lessen the prospects of a center-left coalition government given that Blue and White will not have the support of potential partners on the right.

Some in Israeli political circles believe the upcoming elections are not the championship game, but just the semifinals. The actual “Super Bowl” will take place several months on, after a second round of elections if Mandelblit ultimately decides to indict Netanyahu on bribery and other charges after his hearing. In that case, the prime minister would be hard pressed to maintain a narrow coalition even if he managed to form one after the April 9 elections. Only then, at the end of the Netanyahu era, political players across the spectrum believe, will new elections yield a decisive victory for either side.

Until then, the current political chaos is expected to continue at the same frenetic pace, but developments on the defense and diplomatic fronts are not following that same chaotic drumbeat. Of note, tensions with the Palestinians in the West Bank and with Hamas in Gaza are on the rise, and uncertainty abounds surrounding President Donald Trump’s impending unveiling of his “ultimate deal” for Israel and the Palestinians. This is all happening with Israel in the throes of one of the most complex political, governance and leadership crises in its history.

Good luck to us all.