Has the Islamic State returned to western Anbar?

Iraqi security forces, facing an uptick of Islamic State militants in western Anbar, have intensified their operations in the province. 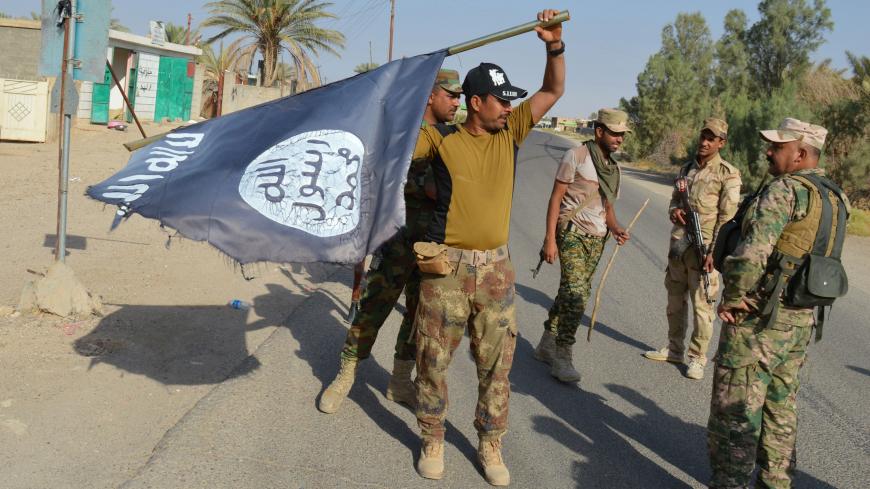 The Iraqi security forces have expanded their operations to track down members of the Islamic State (IS) in the vast Western Desert. The security forces, however, have yet to reach an integrated strategy to confront IS in these lands, which stretch along Iraq’s borders with three countries and are located near key Sunni and Shiite cities.

The sub-governor of the city of al-Ratba in west Anbar, Emad al-Dulaimi, confirmed March 13 that an IS member killed a resident who was kidnapped while picking truffles more than two weeks ago in the desert.

IS has terrorized the citizens of the provinces bordering the Western Desert, who headed to this area looking for sources of livelihood. IS kidnapped and executed many truffle collectors. Desert truffles are a kind of mushroom found in abundance this season in these areas and sold in the local markets.

According to intelligence reports, IS members infiltrated the Western Desert bordering several Iraqi provinces, including Anbar, Karbala and Najaf. They fled the intensified crackdown on their last stronghold in eastern Syria.

Hisham al-Hashimi, a researcher specializing in armed groups, confirmed these reports. “These groups have been infiltrating the area since September 2018,” he told Al-Monitor. “According to the intelligence agencies, up to a thousand IS members arrived to Iraq in the form of small units. Some were carrying amounts of up to $25,000. This represents a total of more than $200 million.”

However, Hashimi does not believe this infiltration is the reason behind the recent increase in IS operations in Iraq. “These members need time to be trained," he said. "They have to get identity documents to be able to move freely.”

The Iraqi security forces are aware of the seriousness of these movements. Therefore, the forces increased their operations in the vast desert areas of western Iraq. In this context, joint Iraqi military divisions and the local tribal regiments are conducting a security sweep in the Western Desert of Anbar.

Commenting on the security sweep, the commander of the Upper Euphrates regiment, Col. Mousi Said al-Karbouli, said March 11, “IS has been attempting to reorganize its ranks in the desert areas near Wadi Hauran and other areas. Its fighters are using the ground elevations and trenches in the desert and disguising themselves as shepherds. But our forces are local trained forces and are well acquainted with the desert area. We are now conducting proactive operations to prevent IS from resurging.”

On March 4, Iraq security forces declared large parts of the Western Desert as “military zones.” Iraqi military helicopters dropped flyers demanding all shepherds in the desert leave the area immediately, toward al-Ratba-Nukhayb-Kilo 160 (the name of an eastern Anbar region). “The area is a military operation zone with no access to civilians,” the flyers said.

An Iraqi military official, speaking on condition of anonymity, told the New Arab newspaper, “Large areas of the Anbar desert have become a military zone. Shepherds, nomads, hunters and truffle collectors have been warned to leave the area and not to enter its valleys, otherwise they would be a military target for the army troops and air force.”

These military operations are not limited to the areas adjacent to Sunni provinces like Anbar. On Feb. 25, al-Abbas Combat Division announced the completion of ground duties in Operation Vengeance for the Martyrs. The division added that it cleared more than 1,000 square kilometers of the Western Desert adjacent to the Shiite province of Karbala.

This operation came in response to the kidnappings and killings of truffle hunters, including citizens from Karbala province. Al-Abbas Combat Division is a formation of volunteer forces close to supreme religious authority Ali al-Sistani. It was formed upon a fatwa, or religious edict, issued by Sistani in 2014, demanding Iraqis take up arms to fight IS.

Contrary to other intelligence reports and noting IS’ inability to destabilize the security situation, al-Abbas Combat Division said in a press statement that IS has no significant presence deep in the desert.

The Operation Vengeance for the Martyrs, backed by the Iraqi air force, was carried out quickly.

In this context, the commander of al-Abbas Combat Division, Maitham al-Zaidi, told Al-Monitor, “The operation had important objectives, including access to an area that for a long time was seen as an imminent danger to the holy areas [in Karbala and Najaf]. It has always been portrayed as an area prohibited to military forces.”

He added, “Thanks to the combing operation, we were able to determine the roads used by the enemy.”

For his part, Hashimi said this type of operation is merely a reaction to the movements of IS and cannot eliminate the danger in the desert and the adjacent provinces. “These operations are not based on proactive intelligence," he said. "They are mostly routine sweep operations with minor outcomes despite great efforts and considerable spending."

Hashimi believes the radical solution to this security dilemma lies in resorting to intelligence, as well as surveillance aircraft, unmanned drones and landing operations of special forces.

Pointing out new progress in dealing with IS, Zaidi said, “We have moved from lengthy routine approvals to immediate urgent approvals. This gives us high flexibility. We have the element of surprise against the enemy.”

He also noted, “We have prepared a plan for fast landing operations against hostile targets at various times.”

The Iraqi security forces appear to be more active against the IS presence in the Western Desert. But these efforts remain intermittent and incomplete, which gives IS an opportunity to destabilize security in these areas from time to time.