The Iranian government, members of parliament, employers and labor activists have finally agreed on wage increases to alleviate the burden on workers. But much more remains to be done to shield Iranian workers from rising prices. 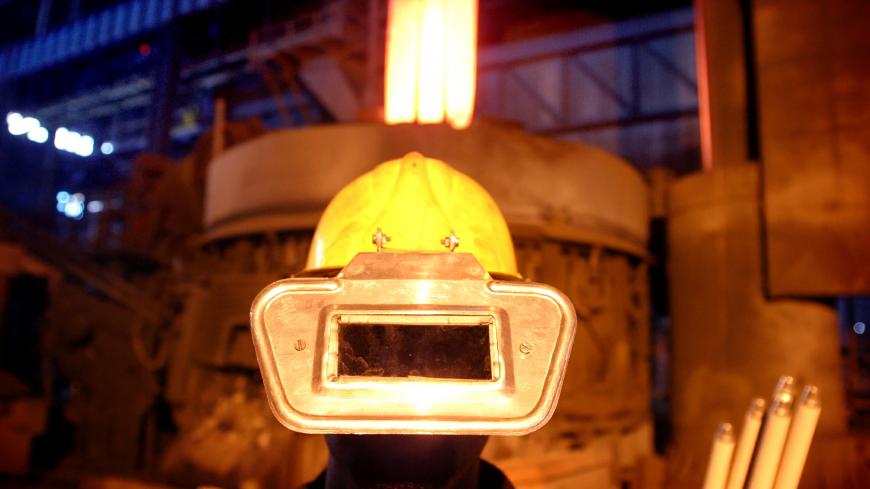 The Supreme National Labor Council has finally determined how much the minimum wage should increase for both state and private employees after a long period of squabbling involving the Iranian government, labor advocates, lawmakers and employers. Workers, whose purchasing power has dwindled in the face of a surge in inflation and who have been staging numerous strikes and protests over overdue salaries and other demands, are finding the pay increases to be unimpressive.

In a 10-hour meeting starting March 18 and ending two hours after midnight, the Supreme National Labor Council finally arrived at a decision to raise the minimum wage for non-state employees by 37% to 15.2 million rials ($362) per month for the current Iranian year, which started last week. With additional benefits, the monthly salary of a worker with two children, for instance, will climb by 40% to more than 20 million rials ($476).

The week before the decision, the council had held another lengthy session, failing to reach a conclusion. The group is composed of representatives of the government, employers and employees. It is led by the minister of cooperatives, labor and social welfare. On March 18, Labor Minister Mohammad Shariatmadari said Clause 41 of Iran’s labor code would be the basis for any decision regarding the salaries. The article requires the Labor Council to raise wages in line with the inflation rate reported by the Central Bank of Iran (CBI). It also calls on the council to set a minimum wage that meets the minimum costs of a household. Shariatmadari said, “The labor, employer and government representatives agreed upon the rate of inflation” they would use as the base for the increase.

The CBI, however, stopped reporting the inflation rate in January. This came as the indicator reached 42% year-on-year in December, according to the CBI, hitting the highest level in five years. The Statistical Center of Iran has been the sole reference for the inflation rate since. It put the figure at 42.3% year-on-year for February. Nonetheless, a substantial drop in the value of the Iranian currency, coupled with profiteering and systemic flaws, have pushed the figure much higher for some essential goods such as meat and vegetables. The price of red meat has jumped by up to 100%.

The Labor Council’s conclusion comes as the same body had said in a report in February that the consumer costs of a household of three to four members had reached 37.6 million rials ($895) per month. “There are 13 million workers in the country and the majority of them live in bad financial conditions,” said Olia Alibeigi, a member of the council. “Our effort is to bring the minimum [monthly] wage closer to 37 million rials [$881],” he said, adding that he believes the massive gap between the minimum wage and costs is unlikely to be removed in the short term. “To fix this, we need a plan for three to five years.”

As for the employees of the state, their wages will increase by 4 million rials ($95), in addition to a raise of up to 10% of the monthly salary they received the previous Iranian year. This was discussed and passed in the parliament as part of the budget bill for the current year. The legislation was different from that of the budget bill proposed by the government, which stipulated a 20% rise for all state employees. Lawmakers argued that the government proposal would not come close to being fair as it would be much more beneficial for those with higher earnings. With the new law, an employee with a 12 million rial ($285) income, for instance, will receive a 57% pay boost, while a 200 million rial ($4,762) salary will increase by 12%.

This legislation became controversial, too. Just as it was passed by the parliament, the head of the Planning and Budget Organization, Mohammad-Bagher Nobakht, said the government would not be financially capable of enforcing it. This came as a surprise to members of parliament. Later, however, Nobakht said the government would have to manage financial resources in a way as to abide by the budget law passed in the parliament.

The secretary of Iran’s Workers’ House, Alireza Mahjoub, had called for a similar increase for the workers of non-state companies and organizations, pushing back against the employers’ aim to increase the wages by only 23%. “The employers should know that, if they seek a 23% deal, it is better that they shut their factories themselves, before the workers shut the factories for them. Because it is not acceptable by any means that they reap the benefits of the rise in inflation and the increase of their wealth, and now treat the workers as charity-takers,” Mahjoub said.

He said it is unclear whether labor groups' demands would even meet workers’ expectations. He had previously suggested that wages should change in real time with the prices of the goods that they help produce. Rebutting the idea that wage increases would further fuel inflation, he said wages reportedly account for merely 5.56% in the price of goods.

The struggle between labor groups and employers comes at a time when workers across Iran have staged protests and strikes throughout the year, some to obtain overdue salaries and others to demand other rights they believe they are deprived of. Unprecedented protests of the privatized Haft Tapeh Sugar Cane Company and Ahvaz Steel Mill as well as sit-ins organized by teachers across Iran were perhaps the most notable ones.

These come amid Iran’s struggle to contain an economic crisis while it is facing increasing international pressure due to crippling sanctions that the United States has gradually imposed after it withdrew last year from the 2015 nuclear deal between Iran and six world powers. As Iranian workers have just undergone one of their toughest years ever, it remains to be seen if the increase in wages will meet workers' expectations or if it will lead to a greater rise in wages as tougher sanctions take effect. Some, including officials in the White House, may expect potential unrest.

Meanwhile, workers’ proponents have become weary of the country’s ineffective legislative branch. Mahjoub, who also leads the parliament’s labor faction, has labeled the workers’ current demands as a mere “remedy” for their problems. “If they [the employers] fail to do enough with regard to this remedy, they should take responsibility for the upcoming social consequences,” he said. “If they [employers] do not accept our suggestions … we will ask the workers to obtain their rights via any means that they prefer, and not wait for laws and legislative bodies as these [bodies] have done nothing but waste time in recent months.”