Stuck between a rock and a hard place, the Rouhani administration is under pressure to increase salaries while facing the threat of spiraling inflation. 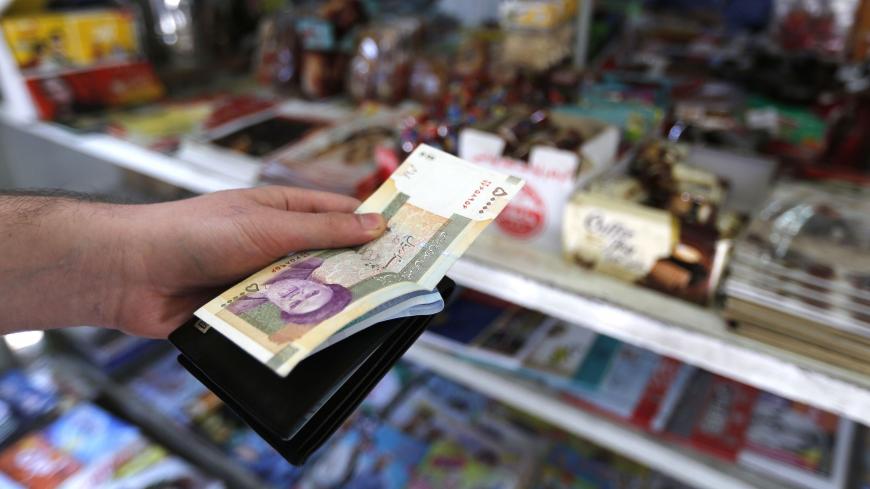 A man holds a stack of Iranian rials in front of a shop in the capital Tehran, July 31, 2018. - GETTY/Atta Kenare

Ayatollah Ali Movahedi Kermani ascended the pulpit to lead the weekly Friday prayer session at the University of Tehran on Dec. 7. He chose to spend significant time reviewing and commenting on the ongoing negotiations over the fiscal budget of the next Iranian year (beginning March 21, 2019). Movahedi Kermani proclaimed, “I demand that wages be increased justly and righteously. One solution I recommend would be for the government to add a fixed amount to everyone’s salary. I’m ready to sit down with the gentlemen [in charge of this matter] and debate them on this point any time and place they want. And I will prove to them that justice is not the 20% salary raise [that the government currently has in mind].”

The influential Friday prayers preacher is only the latest voice to weigh in on contested negotiations that look set to determine salary increases for millions of government employees and civil servants, including army personnel, teachers and nurses.

The US decision to reimpose sanctions on Iran and the resulting fall in oil revenues have severely constrained the administration of President Hassan Rouhani’s legroom for fiscal expenditures. With annual inflation closing in on the 20% mark and the economy in shambles, all platforms where wages are negotiated carry high stakes in the country’s competitive political landscape. As the fiscal and economic pie looks set to shrink, struggles over who gets what have intensified significantly.

On Dec. 6, the government officially submitted the next Iranian year’s fiscal budget plan to parliament for further revision and final approval. The plan foresees a 20% increase in the salaries of state employees. Although annual inflation is currently still below this level, it looks set to finish the year much above 20%, implying a cut in real wages for many families.

Alongside salary hikes, the budget plan aims to alleviate some structural inequalities in pay scales that have haunted the public sector. This includes expenditures of 20 trillion rials ($476 million) to remove inequalities in pensions, and a similar amount to increase teachers’ pay commensurate with their experience and training. Both of these measures have been among the main demands pushed for by teachers’ and pensioners’ unions over the past year. Wage inequalities have accumulated gradually as the government has failed for years to properly adjust pay scales in accordance with changes in occupational status, experience and skill level.

However, many believe that $476 million is not enough to resolve existing inequalities. Indeed, lawmakers have argued that at least five to seven times more is needed to implement employment classification schemes comprehensively. Seyyed Hossein Taqqavi Hosseini, a member of the teachers’ faction in parliament, stated on Dec. 7, “One of the teachers’ main demands is proper employment classification, which requires a significant amount of money.” He added, “Despite all the promises coming from the education minister, it does not appear that the government is determined to pursue this.”

The next Iranian year’s fiscal budget does not just affect state employees. In particular, the government has been keen to compensate salary raises — which carry the danger of further inflation — with ways to subsidize basic goods. In its current form, the government will spend 1,470 trillion rials ($35 billion) on the import and acquisition of basic goods at lower exchange rates. An additional 420 trillion rials will be spent on direct subsidies. However, in a further sign that the government is committed to curbing the threat of inflation, the amount allocated to cash handouts — 455,000 rials, which the vast majority of Iranians receive every month — will remain constant, implying a real drop in their value for the next year.

Because members of parliament are under significant pressure from their local constituents, parliament is likely to push the government to increase the amount of money that the budget allocates to wage subsidies. In recent remarks broadcast on state television, Mohammad Reza Pour Ebrahimi, head of parliament’s economic commission, made this point, stating, “The price of basic goods for next year should not increase relative to this year. … Parliament will not accept any increase in prices that will lead to inflation and a reduction in people’s purchasing power.”

Apart from religious figures and political factions, interest groups and labor unions have also been actively lobbying for higher wages. Teachers in particular have expressed their opposition to the government’s stance, staging several major nationwide demonstrations and strikes.

Heated bargaining over how a shrinking pie will be redistributed next year has not remained limited to civil servants and state employees. In Iran, the state also plays a significant role in setting prices in the entire labor market. Indeed, apart from the salaries of civil servants, the government also moderates tripartite negotiations over the minimum wage with representatives of labor and business. Here, too, it appears the government is aiming for a 20% wage increase — a move heavily contested by workers’ activists.

Although tripartite minimum wage negotiations are usually held behind closed doors, some insight into the extent of mutual disagreement was offered on Nov. 19, when three representatives from labor, business and the government sat down together on a popular news show on the state broadcaster. The presenter carefully started the conversation: “A question: Should workers’ salaries increase? The answer is definitely positive. … But another question: Is it feasible to increase salaries? Here we have room for debate. If wages rise, the economy is threatened by inflation. If they do not increase, the economy might face further depression.”

However, when, after almost an hour of intense and mostly unproductive and often accusatory exchanges between the three representatives, the Labor Ministry official concluded, “We [the government] have the responsibility to bring together the voices of employers and workers.” The presenter’s joking response: “It seems like you have been completely unsuccessful.” 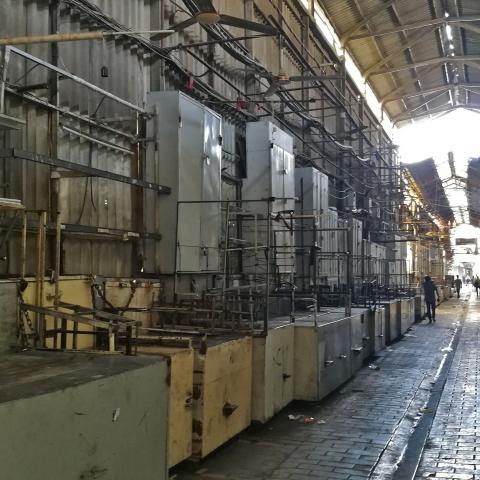 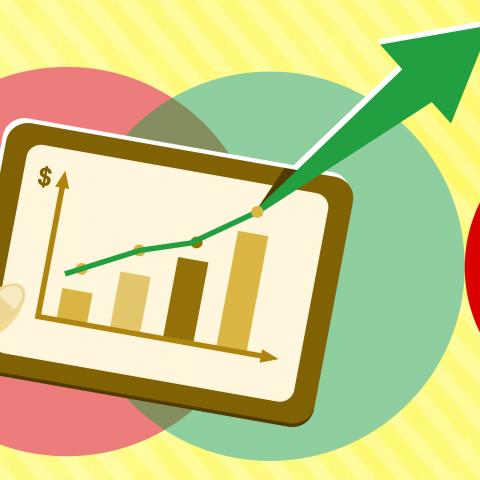 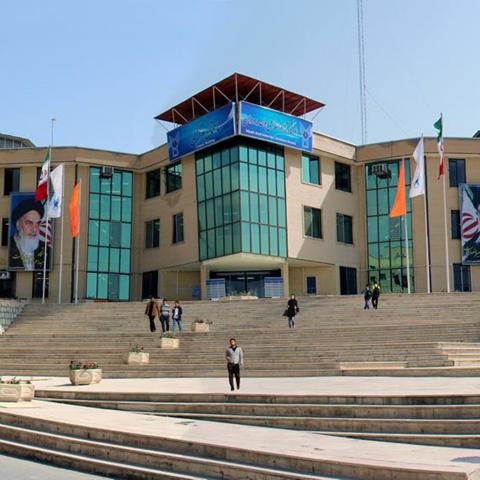