Iranian laborers are set to receive an almost 20% increase in the minimum wage in a concession from the authorities. 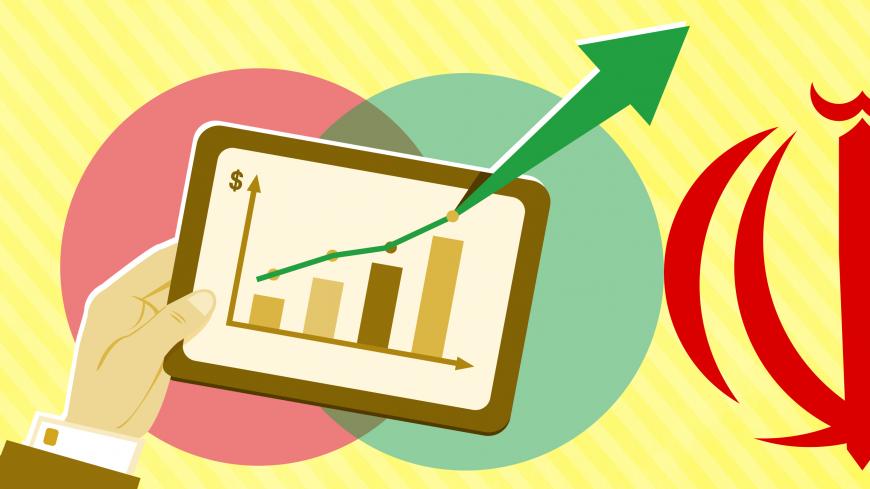 Following intense tripartite negotiations, the Iranian government, employers and unions agreed to increase the country's minimum wage by 19.8%, from 9.29 million rials ($245) per month to 11.14 million rials ($294.50). The deal will see the highest year-on-year growth in real terms since 2002.

Workers and labor unions have scored this victory as the Iranian economy still reels from a recent downturn and as the threat of new sanctions looms.

This year’s minimum wage negotiations were more protracted and animated than usual. According to insiders, employers’ organizations initially opposed any wage increase. Iran’s private sector argued that a higher minimum wage would dampen investment, citing the high costs of labor as well as the uncompetitive and state-dominated nature of the Iranian economy and out-of-control smuggling.

On the other hand, labor representatives came to the table demanding a 36% raise. The eventual figure was reached only when the Ministry of Labor threw its weight behind union delegates.

In Iran, the minimum wage is set annually in February or March, just before the end of the Iranian New Year, which fell on March 20 this year. The tripartite negotiations officially involve a nine-member committee with seats divided equally between the Ministry of Labor, unions and employers’ organizations.

Although the Ministry of Labor is formally supposed to mediate between labor and business interests, its actual role is more ambiguous. The ministry plays a powerful role in Iran’s largest welfare fund, the Social Security Organization. Over the years, the organization has become one of the country’s largest parastatal organizations, acquiring shares in hundreds of firms across different sectors as payment for the debts owed to it by the state. Such a conflict of interest has regularly caused the Ministry of Labor to behave more like an employer than an independent mediator.

Moreover, Minister of Labor Ali Rabiei has been a longtime affiliate of Iran’s largest labor organization, the Workers’ House. The Workers’ House exerts a strong influence over trade unions across the country and often indirectly approves the labor representatives that sit on the minimum wage committee.

In the past, the Ministry of Labor's business ties and its control over unions have tilted the balance in favor of employers during the negotiations. This year, however, the ministry appears to have come to an independent agreement with labor unions. Hossein Selahvarzi, vice president of the Iran Chamber of Commerce, a powerful business organization, tweeted March 19, “Employers’ representatives were absent in tonight’s meeting, so who agreed on the 20% raise?”

The Ministry of Labor's change in strategy comes as the country continues to face widespread labor unrest and as political scrutiny of Rabiei intensifies.

In response to a question as to whether the wave of protests that rocked dozens of Iranian towns and cities last winter had an impact on the negotiations, a union delegate said April 2, “I neither deny nor confirm that the protests might have influenced the mindset of the other two [employer and government] sides.”

Various powerful figures, including high-ranking members of the judiciary and Supreme Leader Ayatollah Ali Khamenei, have in past weeks embraced a more compromising approach, voicing openly that ongoing labor and economic protests are a serious issue that the government needs to deal with.

For the Ministry of Labor, the headache of workers’ unrest was compounded by political pressure. On March 12, days before the start of the wage negotiations, members of parliament threatened to impeach Rabiei over his alleged mismanagement of the Social Security Organization and its subsidiary firms. These members of parliament, many of whom are Reformist, had only six months earlier approved Rabiei’s tenure at the Ministry of Labor.

In response to the looming impeachment vote, the Workers’ House formally requested to hold a large demonstration in front of parliament in support of Rabiei. Other union activists warned that Rabiei’s impeachment might be used against the interests of labor.

The vote ended in an extremely close win for Rabiei, who retained a majority of only two votes out of 252 participating parliamentarians — a strong warning sign that opposition to the labor minister is gaining momentum. As a result, Rabiei is keen to improve his popular standing.

In the days after the March 13 vote, the Workers’ House took the opportunity to lobby for a steep increase to the minimum wage. In a meeting with the senior cadres of the Workers' House, Hassan Sadeqi, its deputy director, even claimed that “before the [1979] Revolution the enormous distance between income and living costs [common today] did not exist.”

According to Iran's labor law, the minimum wage committee is required to take into account past inflation and living expenses in its final decision. While inflation is usually considered during the negotiations, living expenses are not. As a result, independent labor activists and left-wing economists have long complained that the official minimum wage is far below the living wage for a typical household in larger cities.

This year’s negotiations departed from that trend. Before discussions on the minimum wage started, employers, unions and the Ministry of Labor first agreed on a baseline living wage that takes into account the cost of housing, education and a basket of basic goods such as gasoline and foodstuffs. This living wage was set at almost 27 million rials ($713), which is more than double the final minimum wage figure.

With inflation averaging 9.6% over the past Iranian year, the new minimum wage translates into a 10% increase in real terms. Yet the new minimum wage could still leave workers less well off in dollar terms compared with last year, given the sharp fall in the value of the rial over the past months, as some critics have argued. Nonetheless, in the end, whether ordinary working families will interpret the new minimum wage as improving their welfare will depend less on its dollar value than on the contribution it will make to increasing their disposable incomes. The Ministry of Labor, with its particular political considerations and ambitions, cannot achieve that on its own. Rather, the elected government, in coordination with businesses and political elites, needs to fully commit itself to seeing that companies implement the new minimum wage and pay it on time. So far, fierce competition among elites and state institutions has ruled out that possibility, inadvertently fanning the flames of labor and other forms of popular unrest.