Raise in minimum wage not enough for Iranian workers

In violation of Iran's own laws, the minimum wage rise has not kept up with the inflation rate, and this may cause more problems and protests in the near future. 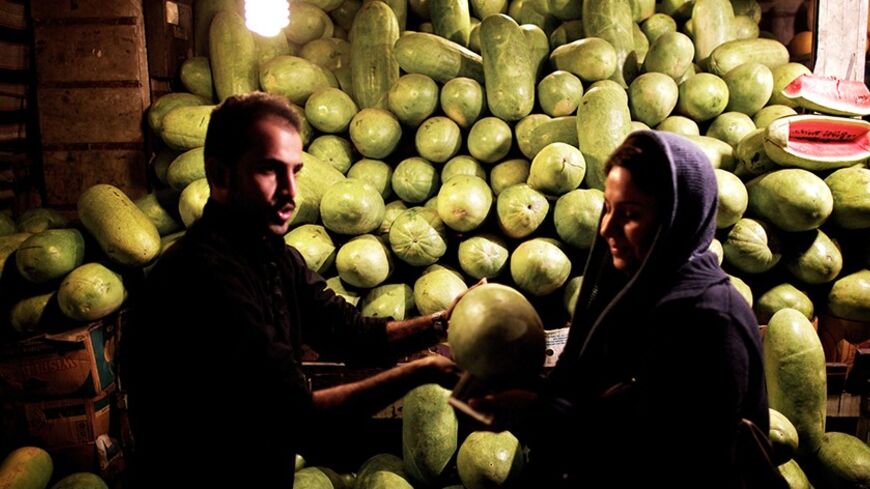 Workers earning a few hundred dollars a month have fought skyrocketing inflation in recent years with empty hands. They literally have no leverage to bargain with the government and private employers over their wages and work conditions, given the lack of independent labor unions.

The activists criticize the Labor Council — consisting of the minister of cooperatives, labor and social affairs; the minister of industry, mine and trade; the minister of economic affairs and finance; and representatives of employers and workers — for leaving little room for workers to operate. Workers' representatives had called for a 35-40% raise in the minimum wage, considering the inflation rate hovering at 37%, but employers’ representatives rejected the demand arguing that such an increase would cause huge damage to production activities.

Last year, the administration of former President Mahmoud Ahmadinejad raised the minimum wage by 25%, while the inflation was 30.5%. Soon after the decision, a group of labor activists and workers filed a lawsuit against the government demanding the difference between the two rates. Ali Akbar Eivazi, a labor activist, said the Administrative Justice Tribunal ruled in favor of workers in that case, but the Hassan Rouhani administration refused to pay the difference, arguing that there was no mention of the previous government’s debt in the 2014-2015 budget.

Annual rise in the Iranian minimum wage (figures are based on official data released by the Central Bank of Iran and the Ministry of Cooperatives, Labor and Social Affairs)

Workers, who largely supported Rouhani in the June 2013 election, expect him to meet the pledge he made during his campaign to raise the minimum wage “in accordance with the law.” But, surprisingly, there is no mention of such a law in the Fifth Development Plan ending March 2016, while Article 150 of the Fourth Development Plan ending March 2011 had clearly required that the government raise the minimum wage of its employees “in accordance with the inflation rate.” Yet, Article 41 of the Labor Law still stipulates that each year the minimum wage should be set “according to the rate of inflation in the country and the cost of living for a family of four.”

Hossein Raghfar, a professor of economics, believes the purchasing power of workers continues to fall next year, when the government is planning to implement the second phase of the Subsidiary Reform Plan, a controversial program first implemented by Ahmadinejad three years ago, which pushed inflation up to 45% for the first time in two decades. Raghfar has warned the government against further cuts in subsidiary of energy carriers, saying they could send inflation spiraling out of control, again.

Over the past few years, both employers and workers have been under financial pressures. Workers across the country have staged dozens of rallies in protest at low wages, delayed payments and massive layoffs. Earlier this month, dozens of employees of Iran Tire, a tire manufacturing company near Tehran, held a sit-in in front of the factory calling for their return to work. The company has laid off 250 workers and is planning to fire 150 more in a few months, as it has closed down an old production unit, according to the fired workers. But the protest has been just as frequently ignored.

With the new minimum wage announced last week, the Rouhani administration will likely face more labor challenges in the coming years. The Free Union of Iranian Workers, consisting mainly of the unemployed and fired workers from across the country, has angrily reacted to what they called “a very little” increase in the minimum wage. In a statement released on March 14, the union accused the Rouhani administration of trying to “protect and guarantee the astronomical profits of a minority and the government, as the country’s largest employee.” The statement called on authorities to increase the minimum wage according to Article 41 of the Labor Law or face “street protests” in the near future.

Workers are deeply concerned about the promised rising prices of energy carriers in the coming months, which experts say would eventually cause food and health prices to jump harshly. In the year ending March 2014, at least 44% of Iranians lived under the poverty line compared to 40% a year before. Authorities worry that the growing poverty and inequality in the country could threaten economic recovery and lead to social upheavals. Many critics doubt that the Rouhani administration could prevent a labor crisis, with 95% of the sanctions still remaining in place, four months after an interim nuclear deal was reached in Geneva between Iran and the five permanent members of the UN Security Council plus Germany, the P5+1.

Even if, as Raghfar has said in a recent interview with ILNA news agency, the previous government’s “oppressive” policies have to be blamed for the unprecedented fall in wages, it's Rouhani’s responsibility to face future challenges. Both opponents and proponents of the Subsidiary Reform Plan are now suggesting that Rouhani’s team should shore up domestic production and offer non-cash assistance in materials or services instead of paying $52 billion for cash subsidies, as the very first steps that should be taken in an attempt to avoid the looming crisis, which could get nearly 10 million job seekers and 12 million angry workers involved in a few years’ time.