Despite Iran's struggling economy, the government and business owners are colluding to restrict the rights of workers to organize, writes an Al-Monitor correspondent from Tehran. 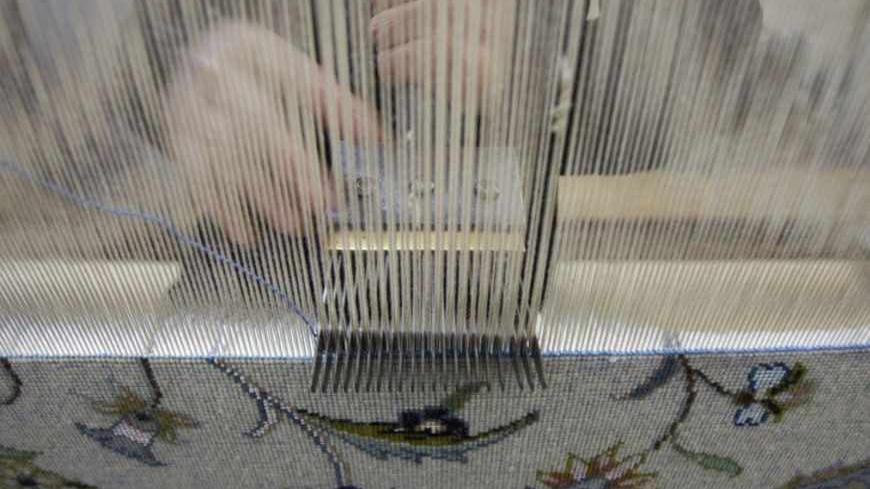 After 91 days of freedom, last Monday, April 15, Reza Shahabi returned to his cell in Tehran’s Evin prison to complete a six-year sentence for “colluding against state security” and “spreading propaganda against the system." The treasurer of the Tehran and Suburbs Bus Drivers Union (SWTSBC) was temporarily released after going on hunger strike for 23 days in protest of alleged ill-treatment by prison guards and to demand medical leave for injuries, reportedly sustained while in custody, to vertebrae in his neck and back.

Just before Persian New Year in late March, Shalabi issued a defiant public statement: “To workers and freedom-seeking people, recently a new wave of summoning, arrests and imprisonment of labor activists and workers has taken place,” he said. “This is at a time when the poorest parts of society … are living under very unfortunate circumstances and with every day that passes the purchasing power of workers is reduced and their hope in life is lost.”

The “unfortunate circumstances” Shalabi refers to are twofold. First, international sanctions on Iran’s financial and oil sectors have curtailed the productivity of its economy, which is heavily reliant on imports and exports, leading to layoffs and unpaid wages. Second, the Islamic Republic is cracking down on industrial action in the run-up to June’s presidential election, according to labor activists and almost daily Iranian news reports replete with stories of strikes and arrests of individuals seeking to organize labor.

Trade unions are banned in the Islamic Republic but several unofficial workers’ organisations operate including the SWTSBC, the sugarcane workers’ union and the advocacy group, the Coordinating Committee to Help Form Workers’ Organizations in Iran (CCHWI). A common demand of these proto-unions is that wages keep pace with Iran’s high rate of inflation, which officially stands at 31.5%, with real inflation potentially more than double that. Inflation has risen sharply over the past 16 months due to international sanctions driving down the value of the rial, making imports prohibitively expensive. Ahmadinejad’s IMF-approved, staggered withdrawal of price supports on food and fuel has put further positive pressure on inflation.

In March, the minimum wage was increased by 25% to 4.87 million rials ($140 at market rate) per month. Iran also has a relatively generous welfare system under the auspices of the Imam Khomeini Relief Committee, the Social Security Organization and direct electronic payments to the poor, a partial redistribution of cash saved from subsidy reform. But state support is eclipsed by inflation, leaving workers with significantly less cash in their pockets — even by Iran’s own assessments the minimum wage is over three times lower than a “living wage” in Tehran.

Iran’s economic doldrums brought on by international sanctions have devastated domestic productivity because businesses are struggling to transact with the outside world and domestic demand has slumped as inflation has risen.

“Industry owners and economic institutions are using the reduction in demand reduction of profitability to refrain from paying workers their wages,” says Ali, a metalworker-cum-trade-union activist in Tehran “They are transferring all the pressure onto the workers.”

If layoffs, unpaid wages and inflation were not enough to worry about for Iran’s workers, the authorities offer scant relief. Iran takes a hard line on worker unionization, as it does for all independent political activity.

“The government resorts to systematic repression, prosecution, imprisonment and torture of labor activists to prevent the formation of labor unions,” explains Ali, “Usually workers who attempt to form such unions are labeled as being in contact with foreign or counterrevolutionary elements, working against national security.”

Shalabi is just one of dozens of labor activists in Iranian prisons. Several workers were swept up this year in Sanandaj, western Iran, in the run up to New Year, including, Ali Azadi, Ghaleb Hosseini, Hamed Mahmoud Nejad, Sharif Saedpanah, Behzad Farajollahi, Khaled Hosseini and Vafa Qaderi. The last three men subsequently have been released on bail.

Others are currently serving longer sentences, such as independent union members Shahrokh Zamani, a housepainter, and Muhammad Jarahi, a petrochemical worker. Behnam Ebrahimzadeh, a member of CCHWI and a campaigner against child labor in Iran, was arrested and detained in June 2010. The pipe-factory worker was reportedly beaten by interrogators, who broke his ribs and ripped his ear. His repeated requests over the past three years for medical treatment have gone unheard. This year, Ebrahimzadeh learned his young son, Nima, had been diagnosed with cancer and, after a hunger strike, was granted a half hour hospital visit. In an open letter requesting the visit he complained of “deprivation from food, leave, proper visits, telephone [and] medical care.”

In the early 1980s, after the 1979 revolution but before Iran’s socialist factions were eliminated by Khomeini, a flurry of progressive labor laws were passed: the 40-hour week, wage hikes, lodging allowances and anti-discrimination legislation. But over the last three decades many of these protections have eroded away. Between 50% and 80% of Iran’s workers have been shifted onto three-month temporary contracts, leaving them disposable and cowed. A clause in the labor law now states that factories that employ fewer than 10 employees have no obligation to meet certain legal provisions designed to protect workers. There are reportedly two million small, unrepresented workshops in Iran.

"Blank signature contracts" are now the norm in the Islamic Republic, whereby new employees sign a contract agreeing that the employer has satisfied all workers’ rights such as insurance and pension entitlements as prescribed by Iranian Labor law. These documents help muzzle employees if they complain about their employers to Islamic Labour Councils, organizations approved by both employers and security services that substitute for independent unions in Iran.

Arash, who owns a stationery business and buys his paper products from Kamard, an industrial satellite town east of Tehran, says more than half of the factories have closed down since last year. “Production has fallen fast because it costs so much to import,” he explains. “The town now looks like a war zone.”