US President Donald Trump’s reported plan to charge allies for US military bases could make it harder to protect diplomats and embassies throughout Africa. 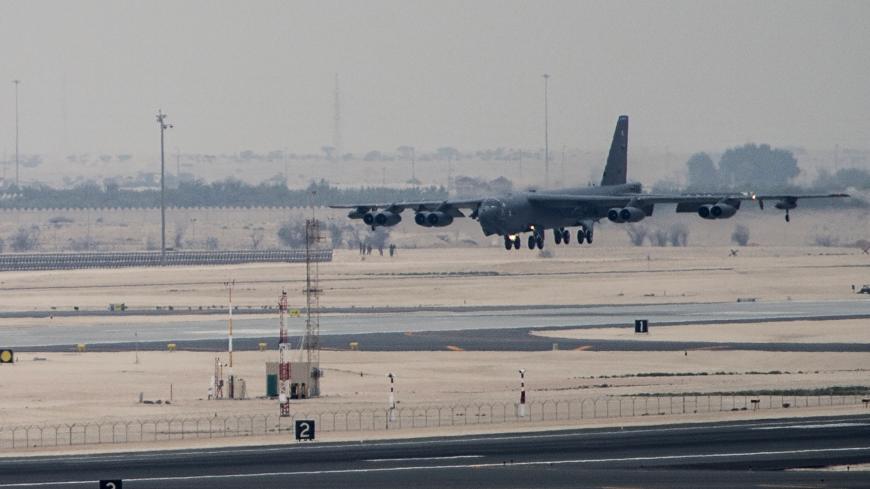 A US Air Force B-52 Stratofortress from Barksdale Air Force Base, Louisiana, touches down at Al Udeid Air Base, Qatar, April 9, 2016. - REUTERS/U.S. Air Force/Staff Sgt. Corey Hook/Handout via Reuters

President Donald Trump’s reported plan to charge allies for US military bases could jeopardize access agreements that were set up after the September 2012 attack in Benghazi, Libya, to protect US facilities in Africa, former US officials warn.

The administration’s scheme, first detailed by Bloomberg on Friday, would demand Germany and Japan pay the full cost of keeping US troops there — plus another 50%. The requirement could eventually extend to all American allies.

But the proposal casts doubt on US deals negotiated with NATO allies to base special Marine units that could rapidly deploy into Africa as unrest spread throughout Libya after the deadly 2012 attack on the US consulate in Benghazi, which claimed the lives of US Ambassador Christopher Stevens and three other Americans and sparked several probes in Congress.

“If we lose access to bases in Europe over time, if nations start getting bills, if we lose these bases, it dismantles the base structure … that helps us respond to emergencies,” said Jim Townsend, a former deputy assistant secretary of defense for Europe who helped broker the deal to base the Marine Air-Ground Task Force at Moron Air Base in southern Spain. “They’ve really attacked something that’s critical to US national security.”

The access agreement at Moron became permanent in 2015 after the American unit held exercises with Spanish paratroopers and French legionnaires in 2013 and deployed to Uganda to help evacuate 20 American Embassy staffers from South Sudan in 2014.

The Marine units haven’t been limited to protecting embassies. Another special Marine task force has rotated through the Middle East 10 times in the past six years, training with Jordanian, Lebanese and Saudi forces and fielding two companies in Syria in 2018. Marine Raiders who receive extensive supply, transportation, medevac and personnel recovery support from Europe also engaged in a tense firefight against al-Qaeda in Tunisia nearly two years ago.

Charging NATO allies such as Spain for basing could throw US crisis response in North Africa into peril, experts say, upsetting partners that provide intelligence and refueling support to American forces.

Even as US airstrikes into Somalia and Libya have surged during the Trump administration, the Pentagon relies on just one long-term base on the 55-country continent at Djibouti’s Camp Lemonnier, creating logistical constraints to deal with another potential Benghazi-like incident if European basing is curtailed.

“What we learned out of Benghazi was basic, but getting from any location takes a really long time,” said Alice Hunt Friend, a former senior Africa policy official in the Pentagon. “You don’t have ambulance-level responsiveness to a Benghazi every time just because of the tyranny of physics.”

Tension over European basing could also impact US Special Forces crisis response units, which deployed to Africa 10 times between 2013 and 2017, according to Donald Bolduc, a retired brigadier general who headed up US special operations on the continent.

Unlike in the Middle East where the United States has defense installations in nearly a dozen allied countries, African partners have tended to be more skeptical of American motives on the continent. Bolduc told Al-Monitor that the Ugandan government barred Marine forces from moving into South Sudan to help evacuate Americans in 2016, secluding the unit to a compound in Entebbe and preventing the American unit from evacuating US staffers.

“By the time the [Marine Air-Ground Task Force] got into Djibouti, Uganda didn’t like that footprint going into South Sudan,” said Bolduc, who supervised the South Sudan evacuation in 2016. “They see what we’re doing around the world, and they say, ‘Hey, that looks like an invasion force to me.’” Bolduc said that the Pentagon also nixed a plan to place special forces in Baumholder, Germany, in 2016.

Potential uncertainty about the Africa footprint could lead Congress to get involved. Senate Armed Services Committee Chairman Jim Inhofe, R-Okla., has called for the Army to deploy a new Security Force Assistance Brigade, a conventional unit first sent to Afghanistan last year, to set up shop in Africa. Testifying before Congress last week, Marine Gen. Thomas Waldhauser, the head of US Africa Command, said he would “have a lot of work” for the Army training unit if it were sent into Africa.

The challenge with Trump’s proposal, experts say, is the potential to alienate NATO and African allies who host US troops — often a sensitive political issue.

“For Africa, the more locations you lose, the more flexibility you lose, and so the slower the response will be,” said Hunt Friend, the former Pentagon official currently with the Center for Strategic and International Studies, a Washington think tank. She added, “The issue with Benghazi was the whole thing was over in a matter of a few hours. If you know instantly what’s going on, the minute it starts to happen you’re an eight-hour plane flight away. The logistics start to get very [constraining].”