The Pentagon is sending hundreds of extra tanks to Morocco to modernize the country’s aging military. 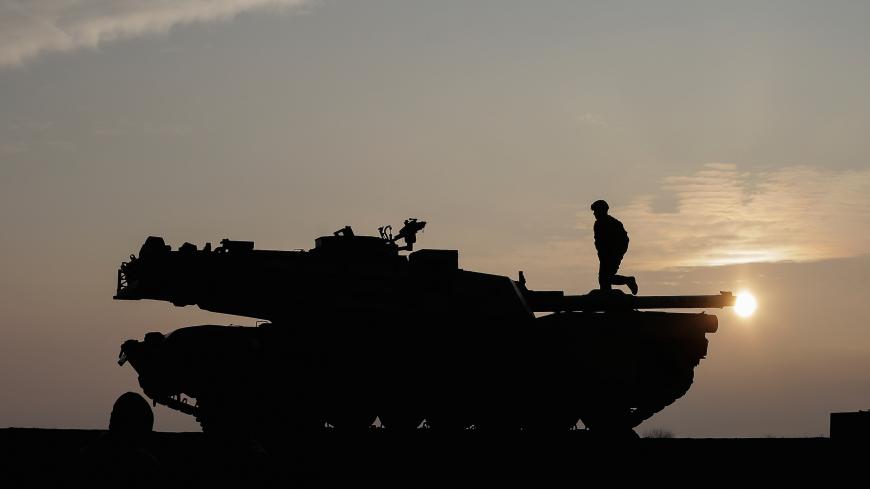 US soldiers prepare a M1 Abrams tank to offload from a train at the Mihail Kogalniceanu Air Base, Romania, Feb. 14, 2017. - REUTERS/Octav Ganea

The Donald Trump administration greenlighted the delivery of 162 Abrams tanks to Morocco last year to help the kingdom respond to regional challenges.

US government documents reviewed by Al-Monitor indicate that the delivery of the vehicles was approved in September as part of an effort to move forward with deals to outfit the North African nation with more than $115 million in US equipment the Pentagon no longer needs. Under the Excess Defense Articles program, or EDA, surplus military equipment that hasn’t been offered to domestic police forces can be made available at reduced or no cost to foreign allies.

Deliveries of excess US military equipment to Morocco have sped up in recent years, suggesting that the Pentagon may see the program as an avenue to fast-track sales instead of relying on other programs that require extensive approval from the administration and Congress to go ahead.

The Moroccans “get $15 million a year in [regular] military aid from the US, so $100 million for one project is pretty massive,” Seth Binder, an analyst with Strategic Research and Analysis, a US-based consultancy, told Al-Monitor. “People complain that the arms sales process is too slow. I’ve been wondering if they use EDA if that process would speed up.”

Pentagon deals with Morocco that moved ahead under the program during Trump’s first year in office account for more than a quarter of the $430 million that the EDA program implemented, authorized or delivered to the entire Middle East, according to an Al-Monitor review of Department of Defense records. In addition to the tanks, Rabat received tracked command post vehicles, grenade launchers and howitzers as well as 419 armored personnel carriers.

The deliveries are part of US and European efforts to strengthen Morocco’s military to deal with drug-trafficking and terrorist networks that are proliferating throughout North Africa as the Islamic State collapses in Iraq and Syria.

Morocco is the largest US weapons buyer in the Pentagon’s 53-country Africa Command and “has repeatedly demonstrated the ability to operate and maintain advanced US equipment,” according to a statement made by the Africa Command commander, Marine Gen. Thomas Waldhauser, to Congress last month.

The uptick in deliveries of used weapons comes amid increasing congressional scrutiny of domestic use of US surplus military equipment by police units following the 2014 protests in Ferguson, Missouri, that denounced law enforcement violence against African-Americans. The Barack Obama administration banned domestic deliveries of armored vehicles, .50 caliber ammunition and riot equipment to local law enforcement the following year.

The EDA program could prove helpful to the Pentagon as it leans more heavily on foreign militaries to fight Islamist extremists as US Defense Secretary James Mattis hones his focus on countering the military threat from rising powers such as China and Russia. In the fight against the Islamic State in Iraq and Syria, for instance, the United States relies on advisers to assist partners such as the Iraqi Security Forces and Syrian Democratic Forces. But as the Islamic State dwindles, US troops rarely accompany their Iraqi counterparts on missions, American commanders say.