All eyes on Turkey's 3 biggest cities as local elections approach

Turks suffering under 20% inflation and 13.5% unemployment may punish President Erdogan's coalition in March 31 elections in the nation's three largest cities. 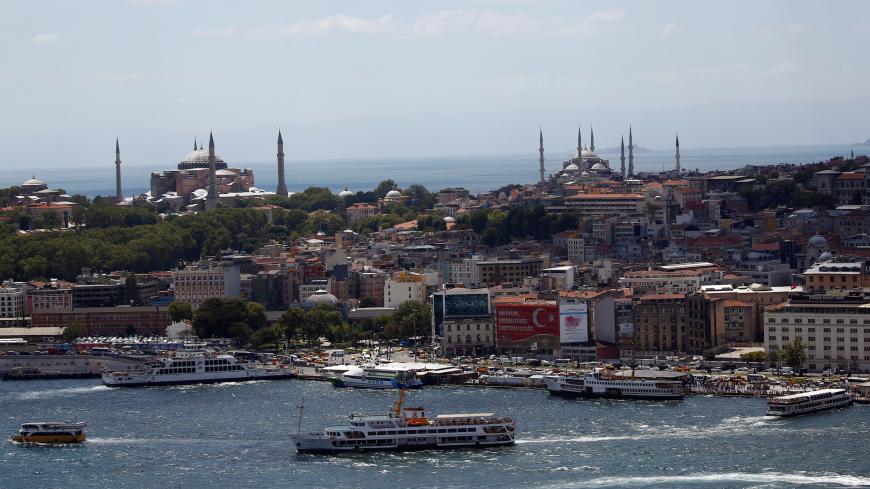 ANKARA, Turkey — The municipal elections are less than two weeks away, and observers are wondering what is going to happen in Turkey’s three biggest cities: Istanbul, Ankara and Izmir.

President Recep Tayyip Erdogan has invested enormous amounts of his time and energy in the campaign, making two or three speeches a day. He knows he is more popular than his Justice and Development Party (AKP). He also knows the economic conditions — 20% inflation, 13.5% unemployment and soaring prices of vegetables — have turned the March 31 elections into a referendum on his rule.

Istanbul is always the biggest prize in Turkish elections. Turks say, “He who wins Istanbul, wins Turkey.” Often the party that captures the city of 15 million people turns out to be the national winner as well.

Izmir, the smallest of the three cities by population, has long been an opposition stronghold. Like Istanbul, it has small communities of Greeks and Jews (and previously Armenians) who have left their cultural mark on the city's lifestyle.

Visitors strolling through the narrow streets of downtown Istanbul and Izmir, popping into the cafes and bars, could well think they were in Europe.

Ankara stands apart from those cities. It is not European. One of the reasons why Mustafa Kemal Ataturk turned Ankara into the capital was that he wanted to make a clean break from the rot of the Ottoman Empire, building a new state on the pillars of central Anatolia.

As the capital, Ankara has a symbolic importance belied by its population of 5 million. And politically the city is prized by Erdogan because it has been in the hands of the AKP and its ideological predecessor for the past 25 years.

If the opposition candidate, Mansur Yavas, were to be elected mayor of Ankara on March 31, it would suggest a paradigm shift in Turkish politics.

On Friday, Al-Monitor interviewed Ozer Sencar, the founder-director of Metropoll, one of the most respected polling companies in Turkey and the only one to have accurately forecast that the AKP would not get a majority in the June 2015 elections.

“Mansur Yavas has already won the election” in Ankara, Sencar said. He said Yavas was too far ahead of the AKP candidate for mayor, Mehmet Ozhaseki.

“Ozhaseki cannot catch up. I am sure Tayyip Erdogan and Mehmet Ozhaseki know that,” he added.

Sencar declined to give the figures of his surveys — a common trait among polling companies in Turkey at the moment.

Asked why Yavas had built such a clear lead, Sencar gave two reasons.

First, Yavas is a nationalist. Today he is running as a candidate for the alliance of the Republican People’s Party (CHP) and the Good Party (Iyi), but his political origins are with the hard-right National Movement Party (MHP) — which Iyi broke away from. And the voters know this.

“Half the MHP voters (in Ankara) will vote for Mansur Yavas,” Sencar said.

Second, “The economy is affecting people.”

When Al-Monitor interviewed Sencar before the June 2018 elections, he said that although the economy had deteriorated, the deterioration was not biting people hard enough to change their voting behavior.

“Now it is (biting) hard enough,” Sencar said. The AKP vote across Turkey “will decrease, but I don’t have enough data to say by how much it will decrease.”

Alarmed by the price increases in the open-air markets, Erdogan has ordered municipalities to buy from farmers and sell the produce directly to the people in specially erected stalls. Customers buy potatoes, cucumbers, onions, and so forth at rock-bottom prices, but their total purchase is limited to 3 kilograms (6.6 pounds).

Many Turks cannot understand how an agriculturally rich country has ended up in such a situation.

Experts say part of the problem stems from the fact that many seeds, fertilizers and pesticides are imported, and last year the Turkish lira lost 30% of its value against the dollar. And floods in southern Turkey have also hurt farmers.

Sencar said Erdogan has made two mistakes in the Ankara campaign. He chose the wrong candidate for mayor, Mehmet Ozhaseki. “Ozhaseki is from Kayseri. Nobody knows him,” Sencar said.

And Erdogan is playing too big a role in the campaign. “Erdogan has made himself the opponent of Mansur Yavas, and of the opposition candidates all over Turkey.

“People will say Erdogan is the reason for the economic deterioration, so we will hold him to account for this,” Sencar added.

Sencar said Erdogan should have stepped back from the campaign to allow the candidates fight the election themselves on local issues.

This is a criticism that has been made by Ibrahim Uslu of the ANAR polling company.

“I think Erdogan is making a mistake by not focusing on local matters,” Uslu told Birgun newspaper. “It gives the opposition the opportunity to use economic problems.”

Some residents of Izmir say the AKP has a chance of capturing the city because the outgoing CHP mayor has made mistakes. When Erdogan and his ally, MHP leader Devlet Bahceli, staged a joint rally in the coastal city Sunday, the president said local authorities led by the CHP had not been able to "succeed" in Izmir for years.

But Sencar predicted the CHP will keep the city.

“In this election, the CHP will win Izmir. The candidate, Tunc Soyer, is very suitable,” Sencar said.

As to the biggest prize, Sencar said he did not have enough data to say who will capture Istanbul.

In February, Metropoll found the opposition candidate, Ekrem Imamoglu, was 3% to 4% ahead of Binali Yildirim, the AKP candidate and former prime minister.

“But that is not enough to say he (Imamoglu) will win March 31,” Sencar said.