Palestinian students stripped of US scholarships

Palestinian students studying abroad on US-sponsored scholarships have found themselves in limbo after the Palestinian Authority declined further US assistance following enactment of the US Anti-Terrorism Clarification Act. 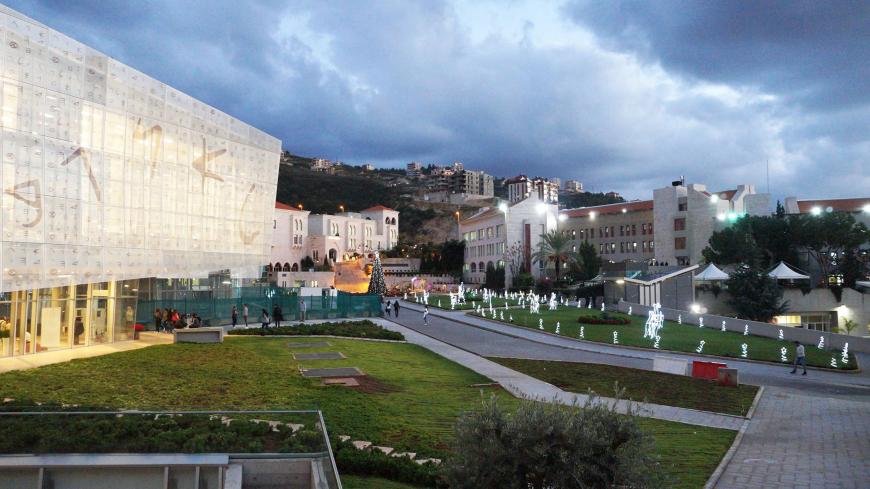 The campus of the Lebanese American University in Beirut, seen in a picture uploaded Dec. 18, 2018. - Facebook/LebaneseAmericanUniversity

BEIRUT — When Daniela Massou answered her phone Jan. 22, she was instructed to come to a meeting the following day at the Lebanese American University (LAU). Massou is one of 29 students from the West Bank and Gaza enrolled at LAU or the American University of Beirut (AUB) thanks to Tomorrow’s Leaders, a scholarship program of the US-Middle East Partnership Initiative. The scholarships, primarily funded by the US State Department, cover tuition and living expenses for promising young leaders from across the Middle East. On Jan. 23, Massou was informed that the scholarships had been terminated for Palestinians.

“All [13] of us in the meeting were crying when we heard the news,” Massou, a 17-year-old from Bethlehem, told Al-Monitor at a Beirut cafe. “One of the students finally asked why this was happening, and we were told that it’s because of the US Anti-Terrorism Clarification Act.”

The US Congress passed the Anti-Terrorism Clarification Act on Oct. 3, 2018, to allow American victims of terrorism to sue their attackers if the perpetrators belonged to a foreign entity that receives US funding. The Palestinian Authority (PA) responded Jan. 20 by forgoing all US aid, to avoid costly lawsuits for acts of political violence and terrorism that the Palestine Liberation Organization committed in the 1970s and 1980s. The act took effect Jan. 31, and the assistance the PA relinquished covered the scholarship program.

AUB quickly pledged to secure $1.2 million to ensure that the 16 Palestinian students enrolled there through the program would be able to complete their courses and graduate. The university is soliciting donations and exploring other sources of revenue to cover the deficit. LAU has made no promises, but representatives say it is working hard to finance the 13 Palestinian students beyond the spring of this year. If the money is not found, Massou and her peers will be sent home without having completed their studies.

Miral Atick, a freshman at LAU from Bethlehem planning to major in political science next year, said she would be devastated to return home at the end of the semester.

“All my life it was a goal to study abroad to get away from the [Israeli] occupation,” Atick told Al-Monitor. “I also thought that a scholarship would only be taken away from me if I was a bad student, not because I’m Palestinian.”

Atick is not the first person in her family to have her education interrupted. She said her father had been jailed by Israel in his final semester at Bethlehem University for his support of the first intifada (1987-1993). He was released after a year, but, Atik said, by that time he had lost the motivation to resume his studies, so he never graduated. Atick declined to elaborate further on his case.

Mohamad Abumery, an 18-year-old from Gaza, fears a worse fate. He has already survived three wars and the daily hardship of life in Gaza, which rights group have described as an open-air prison due to the land and sea blockade imposed by Israel since 2007. Attending university abroad, he said, was his only dream. He dreads the idea of returning to Gaza if LAU fails to find a solution.

“I rejected two full scholarships for this one at LAU, and I feel like the whole world is against me right now,” Abumery told Al-Monitor by phone. “I don't want to return to Gaza.” He added, “Gaza is a cemetery for dreams.”

For Abumery, as well as many other Palestinians in Gaza, enrolling in a local university would be impossible because his family cannot afford the fees. In spring 2018, at least one-third of students dropped out of the Islamic University of Gaza because they could not pay tuition. Even if they can cover the cost, those who manage to graduate have little chance of finding jobs.

The termination of the Tomorrow's Leaders scholarships also risks leaving Lina Abuzubaida, a sophomore from Gaza, in limbo. She said Israel required her to sign a contract stipulating that she would not return to Gaza for a year, until August 2019. Since February 2016, Israel has required this of Palestinians who, when unable to exit Gaza via the Rafah crossing with Egypt, must travel into and across Israel to exit the Palestinian territories via the King Hussein Bridge into Jordan. With her studies only financed until the spring, Abuzubaida has no idea how to stay on in Lebanon legally or what she will face if she tries to return home early.

Abuzubaida has not told her father about the scholarship so as not to worry him. In an effort to resolve her predicament, she is searching desperately for new scholarships. She said Turkey might be an option since it regularly offers Palestinians opportunities to study there.

“My parents didn’t go to university, but they really care about our education,” Abuzubaida told Al-Monitor. “They told all [my siblings] that we can’t just grow up without an education, but after stealing our country, [the United States] is now stealing our education.”

Massou feels similarly and views the termination of her scholarship as part of a broader US policy designed to force Palestinians to negotiate a surrender to Israel.

In August, the United States canceled $200 million in aid for programs in Gaza administered through the US Agency for International Development that assisted thousands of people. The Donald Trump administration then cut all funding to the UN Relief Works Agency, which is tasked with providing schooling and health care to Palestinian refugees. Now, the Anti-Terrorism Clarification Act is denying some of the brightest young Palestinians an opportunity to study.

Massou said, “Some of us were wondering if cutting our scholarships was even legal since we signed contracts. We all just feel like puppets. We earned a scholarship, and then overnight we didn’t have a scholarship anymore.” 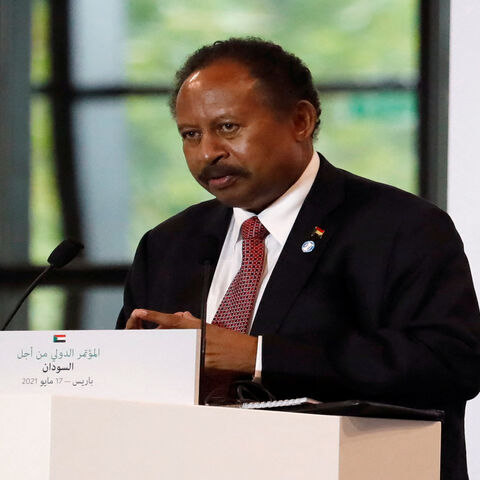 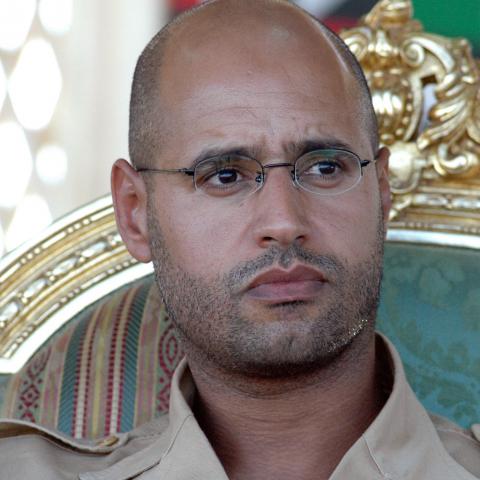 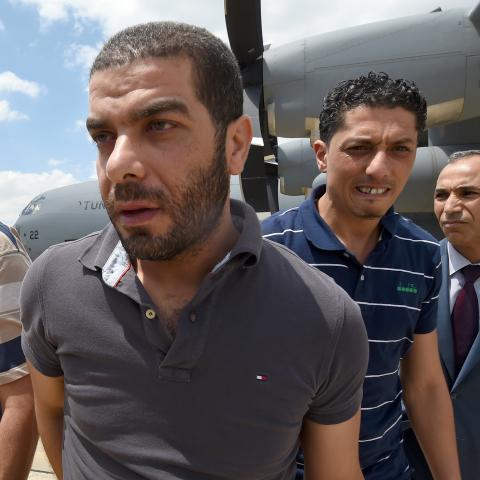