Abbas trying to build countermovement to the US

Palestinian President Mahmoud Abbas recently called on the African Union to supervise the upcoming legislative elections, while also calling for an international peace conference, which is seen as a move away from the US administration in sponsoring peace talks with Israel. 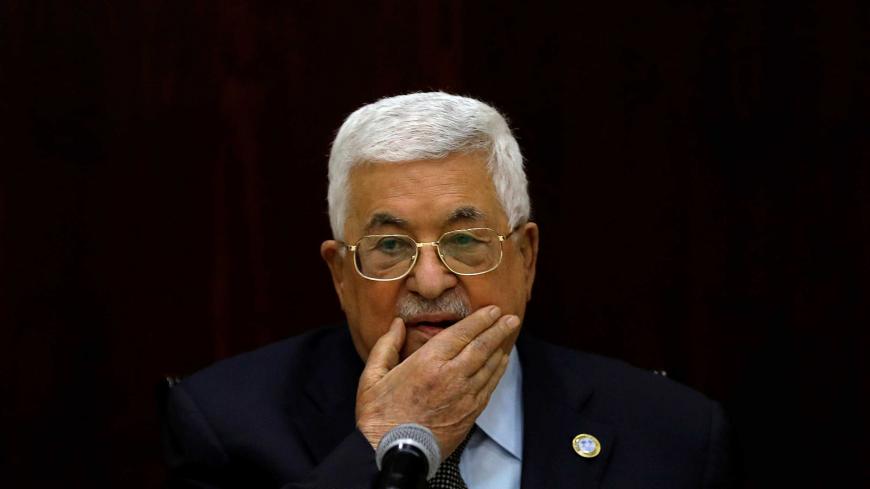 Palestinian President Mahmoud Abbas is trying to counter the anti-Palestinian international efforts led by the Donald Trump administration, by encouraging the creation of a consortium of countries friendly to Palestine.

Palestine’s chairing of the Group of 77 plus China, a consortium of 134 United Nations member states, has given the Palestinian leader a chance to lobby for Palestine.

Abbas used the African Union summit in Addis Ababa to call for an international peace conference and to ask the AU to supervise the upcoming Palestinian legislative elections.

In his Feb. 10 speech and without calling Trump by name, Abbas had some sharp words for the US administration. “Those who encourage Israel to act as a state above international law are the American administration, which is no longer competent to take care of the negotiations alone after it proved its bias to the Israelis,” the official Palestinian Wafa agency quoted him as saying.

Abbas called on the AU to send “observers to the general elections that we are organizing soon in Palestine and with the participation of our people in the city of East Jerusalem, first, and then in the Gaza Strip, and then in the West Bank.”

In past elections, Abbas had asked US and European observers to supervise Palestinian elections. It is also unclear what is meant by the order of where the elections will take place — which are expected theoretically in the fall of 2019.

Abbas’ referral to the upcoming elections as general elections and not parliamentary elections, as well as the idea of geographically consequential elections, caught many Palestinians off guard.

The Palestinian Constitutional Court (PCC), which ordered in December 2018 the dissolving of the Palestinian Legislative Council (PLC), called for legislative elections to take place within six months, as the PLC officially last convened in 2006. The pro-Hamas Reform and Change list, headed by Ismail Haniyeh, won a total of 76 of the 132 seats in that election.

Anees Sweidan, head of the PLO’s International Affairs Department, told Al-Monitor that the move away from the United States and toward Africa and other nonaligned countries is natural after the United States crossed the red line in an attempt to liquidate the Palestinian cause with the move of the embassy.

Sweidan said, “While we have been calling for an international peace conference for some time, this call comes after Palestinians on all levels took a decision that the United States can no longer be the sole sponsor of peace talks.”

Khaleel Assali, a political analyst living in Jerusalem and publisher of Akhbar el-Balad news site, told Al-Monitor that it is vitally important for the Palestinian leader to continue his international lobbying to keep the issue of Palestine alive. “This move keeps Palestine in the international forums, which has witnessed a retraction in recent years even though there is a huge level of interest in Palestine around the world.”

Nasser Atta, a veteran reporter for American ABC News, told Al-Monitor that the time is not ripe for an international conference. “If the conference takes place now without the United States and Israel, it will fail. Things are moving in the region and we are witnessing an important realignment that might be beneficial for Palestinians and for President Abbas. But he needs to wait for these changes to mature.”

The expectation is that Palestine might be part of a new Syrian-Iranian-Soviet axis opposed to the United States.

Atta said that a senior Fatah official predicted that Abbas might visit countries that the United States considers anti-US policy in the Middle East.

On his personal Facebook page, the Palestinian ambassador to Greece, Marwan Toubassi, echoed a similar comment: “There is a rise of new coalitions and changes are happening in Europe with the aim of containing the US position."

Toubassi added that “the steadfastness” of the Palestinian position will be translated into “political victories,” without explaining what kind of victories.

It is unclear whether the Palestinian moves, including Abbas’ recent intervention in Addis Ababa, will bear fruit in the near future. Palestinian leaders are keenly aware that they need a US role in anything that involves Israel. What Palestinians are hoping for is an active role for Washington in tandem with the rest of the world. Until this moment, such ideas have not seen the light of day. By dangling the international conference and by calling on Africa to supervise the upcoming Palestinian elections, Abbas appears to be making his move on the international arena with or without the Americans.