A comment on anti-Semitism in Poland by acting Foreign Minister Yisrael Katz has inadvertently exposed the hypocrisy of Israel’s right-wing government. 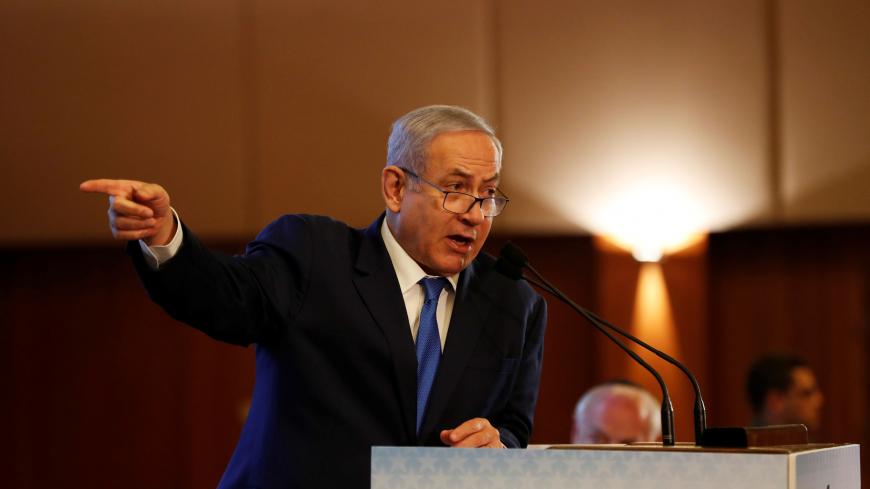 The description by acting Israeli Foreign Minister Yisrael Katz of Poles as a species of anti-Semitic mammals is unlikely to be studied in the Foreign Ministry’s training programs as a model of diplomatic conduct. One might have expected a seasoned politician eyeing the premiership to express himself more carefully when asked about anti-Semitism in Poland than to cite, as Katz did, the late Prime Minister Yitzhak Shamir’s comment that Poles “suckled anti-Semitism with their mother’s milk.”

Katz, appointed Feb. 17, thus flunked his first diplomatic test — handling a crisis with Warsaw stemming from the alleged misreporting of a statement by Prime Minister Benjamin Netanyahu, about Polish participation in the Holocaust, that caused offense. In doing so, he played into the hands of Polish Prime Minister Mateusz Morawiecki, who is running for re-election and courting nationalist voters. Katz’s comment in an interview exacerbated the crisis and led to the last-minute scrapping of the Visegrad summit of central European leaders that had been scheduled to take place in Jerusalem Feb. 19.

Netanyahu had entrusted Katz with watering the diplomatic seeds of friendship with European nationalist leaders that he had planted in recent years. Instead, Katz, with one remark on his first day on the job, dealt a blow to one of Netanyahu’s prized achievements. At a toast ahead of the Jewish New Year with Foreign Ministry staff last September, Netanyahu boasted of “a diplomatic flourishing unprecedented in the history of Israel.” He added that Israel was fighting not only to advance its own interests and the interests of those who cooperate with it, but also “for justice, for the truth.”

Netanyahu, also Israel’s foreign minister at the time of the toast, said Israel was waging a particularly tough battle over justice and truth vis-à-vis the European Union. “Justice,” according to Netanyahu, is the right of the Jewish people, and only of the Jewish people, to the Land of Israel, the entire Land of Israel. His “truth” is that the only nuclear state in the Middle East (according to foreign reports) faces an existential risk of a “second Holocaust.” According to Netanyahu, the state that has set the record in the democratic world for the longest occupation is the victim of the people it occupies. The EU refuses to recognize Netanyahu’s justice and truth and insists on adhering to the nuclear agreement with Iran and to its demand for an end to Israel’s occupation.

In the Polish and Hungarian governments, Netanyahu had found the perfect allies. All three hate foreigners, incite against leftists and aspire to wipe out every trace of liberal democracy. At the center of Netanyahu's deal with them was a promise to their leaders to bend the truth about the role the two countries played in the Holocaust and to ignore the injustice to its victims and survivors. Netanyahu forgave Morawiecki for outrageously asserting in February 2018, “There were Polish perpetrators [of the Holocaust], just as there were Jewish and Russian and Ukrainian perpetrators, not just German ones.”

Last year, Yad Vashem, the Holocaust memorial center — to which Netanyahu had been scheduled to accompany the Polish prime minister along with his three Visegrad colleagues from Hungary, the Czech Republic and Slovakia during the Jerusalem summit — issued a document about Polish complicity in the murder of Jews. “The extent of collaboration by Jews, and its underlying motives, are fundamentally different from those that characterized the eagerness of not a few Poles to help the Germans murder the Jews,” wrote Yad Vashem historians. They also ripped to shreds a Netanyahu-Morawiecki joint statement issued in June 2018. Contrary to the statement, the historians wrote, “The structures of the Polish underground State and the Polish Government-in-Exile did not (!) create a mechanism of systematic (!) help and support to Jewish people; and its courts did not (!) sentence Poles for collaborating with the German occupation authorities, including for denouncing Jews” (exclamation marks in the original).

According to the historians, the attempts to glorify aid to the Jews, like the attempt to minimize the role of the Poles in persecuting Jews, were not only a sin against historic fact, but also dishonored the memory and courage of the Righteous Among the Nations, who risked their lives to save Jews. They quoted Irena Sendler, a Polish woman recognized as Righteous Among the Nations, who said that during World War II it was easier to hide a tank under the rug than to hide a Jewish child in one’s home.

The leaders of Israel and Hungary have a shared interest. His name is George Soros, a Jewish American philanthropist of Hungarian origin who supports liberal causes. Netanyahu was silent when Hungarian Prime Minister Viktor Orban used Soros in his election campaign propaganda, which employed decidedly anti-Semitic overtones. Netanyahu continued being chummy with him even after Orban in June 2017 hailed Admiral Miklos Horthy, a known Nazi collaborator.

In an unusual statement issued at the time, the Holocaust Museum in Washington accused Orban of trying to rewrite history and to erase the part played by the Hungarian regime in the murder of Jews. Zehava Gal-On, then-chair of the left-wing party Meretz, wrote on Facebook, “Netanyahu has become a collaborator of global anti-Semitism. No less.”

The deal between Israel and the Visegrad Four had worked well until Israel’s Supreme Court forced Netanyahu to appoint a full-time foreign minister (to reduce the number of portfolios he held). He picked a politician with no diplomatic experience and during whose decade-long tenure as transportation minister Israel’s public and private transport systems veered off course. It is unclear whether Katz’s remark was a rookie slip of the tongue or an attempt to cash in on the Holocaust in the battle to succeed Netanyahu in the Likud. Either way, the crisis with the central European states exposed the lack of coherence (hypocrisy, if you will) in the attitude of the Israeli right toward the Holocaust and 20th-century anti-Semitism.

Netanyahu and his people are quick to brand as anti-Semites any European person or organization the minute they criticize the occupation or boycott products manufactured in Israeli settlements. At the same time, they embrace European leaders whose careers have been dogged by accusations of anti-Semitism. Tell me how many years you have been lording over your neighbors, and I will tell you who your friends are. Moral beggars cannot be diplomatic choosers.

On top of all this, Netanyahu has gone out of his way to guarantee a merger among far-right parties ahead of Israel's April 9 elections. When the prime minister himself takes every possible step to ensure Knesset seats for a group of radical right-wing Kahane followers, who believe in the supremacy of the Jewish people, one can hardly blame people who hate Jews, who believe in the supremacy of the white race.