In the battle against anti-Semitism in Europe, Prime Minister Benjamin Netanyahu sides with the Hungarian government instead of siding with Hungarian Jews. 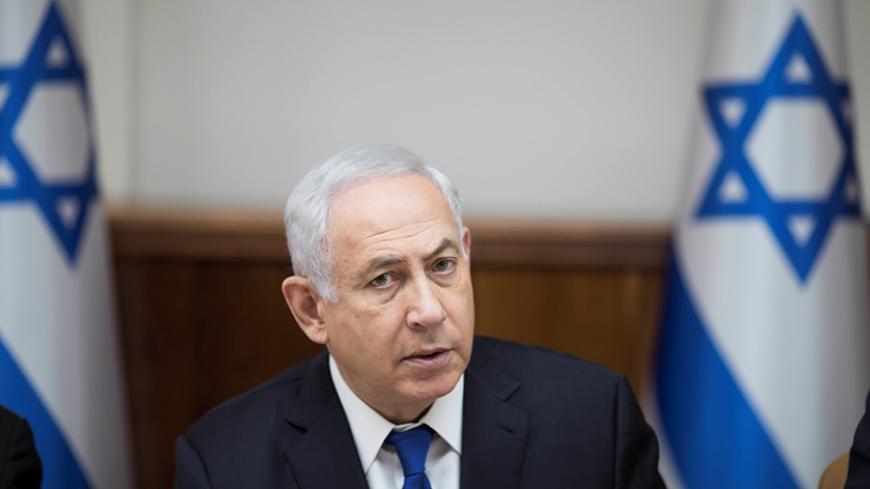 Ambassadors rarely issue public statements condemning their host country. When they do, it's usually after consulting with the top echelons of their foreign ministries, and receiving their blessing. In even rarer cases does a foreign minister instruct his ministry's spokesman to publicly back away from his ambassador's comments. Israel's ambassador in Budapest, Yossi Amrani, was at the center of such a singularly embarrassing experience when he demanded that Hungarian authorities put an end to a political campaign bearing anti-Semitic overtones.

With Israel's foreign minister instructing the ministry's spokesman to back away from Amrani's declaration, Israel's diplomatic envoys around the world learned that from now on they must be careful with what they say in condemning anti-Semitism. From now on, they must understand that Prime Minister Benjamin Netanyahu, who also holds the position of foreign minister, reserves accusations of anti-Semitism for attacks against foreign politicians and left-wing activists who dare to oppose the Israeli occupation of the Palestinian territories and act against Israeli settlements on those lands.

It all started June 21, following a speech by Hungarian Prime Minister Viktor Orban to his ruling Fidesz party. Orban singled out for praise the contributions of "several extraordinary politicians, such as Miklos Horthy" to his country's reconstruction after World War I. Not a single word about Horthy's role in the Holocaust of Hungarian Jewry during World War II. The Jewish community in Hungary and the World Jewish Congress were quick to denounce Orban. A statement issued by the Holocaust Museum in Washington said the praise Orban had lavished on Horthy as a statesman was an attempt to erase the role of the Hungarian regime in the murder of Jews during the Holocaust, and an insult to the memory of the victims.

Amrani's language was more measured. He simply called Orban's comments "worrying" and warned against any attempt to conceal the cooperation of the Horthy regime with the Nazis, the race laws that were passed under his tutelage and the Holocaust of Hungarian Jews. Orban did not retract his remarks. In a press statement he issued after a conversation with Amrani, Hungarian Foreign Minister Peter Szijjarto said he had told the Israeli diplomat that "Horthy's regime had positive periods, but also extremely negative ones." Szijjarto asked that "historical facts that clearly point to this be respected." As far as he's concerned, cooperation with the murder of half a million Jews was "a negative period" of equal value to Horthy's "positive periods."

Even though the Hungarian minister did not in any way mention Horthy's role in the extermination of Hungary's Jews, the spokesman of Israel's Foreign Ministry was ordered to announce that Israel believes his conversation with Amrani "constitutes an important clarification regarding recognition of the crimes committed by Horthy against Hungary's Jews."

It should be noted that Israeli law imposes a five-year prison term on anyone issuing written or verbal comments denying crimes committed at the time of the Nazis against Jews or against humanity, or lessening their extent with the intention of defending the perpetrators of those crimes or expressing admiration or identification with them.

Even though he did not get backing from Jerusalem, Amrani, a veteran diplomat, insisted on pursuing his fight against the anti-Semitism that is raising its head in Hungary. On July 10, he issued a statement demanding that Hungarian authorities put a stop to a nasty billboard campaign emitting a stench of anti-Semitism being waged by Orban against George Soros, the Jewish billionaire of Hungarian origin and Holocaust survivor, who supports human rights organizations throughout the world. Giant billboard ads and posters everywhere, including in train stations, showed a laughing Soros and beside him the caption "Don't let Soros have the last laugh" as part of a campaign against illegal migration.

The Jewish community, which is still licking its wounds from Orban's party speech, expected the Israeli government this time to join in condemning the campaign reminiscent of a dark past. And, indeed, the statement issued by the Israeli Embassy in Budapest said, "It's our moral responsibility to raise a voice and call on the relevant authorities to exert their power and put an end to this cycle." To everyone's surprise, "the relevant authorities" in Jerusalem (that is, the Foreign Ministry) cleared the Hungarian government of blame and took the opportunity to condemn Soros.

A Foreign Ministry statement dictated by the prime minister's office said, "In no way was the statement meant to delegitimize criticism of George Soros." According to the statement, Soros "continuously undermines Israel's democratically elected governments by funding organizations that defame the Jewish state and seek to deny it the right to defend itself."

Despite the backing it received from Jerusalem, the Hungarian government announced July 12 that it would take down the billboard ads. Netanyahu will not get to see the smiling face of his nemesis during his upcoming visit to Budapest on July 18-19.

The small Jewish community in Hungary joins its far larger American sister, which found out the hard way that it cannot rely on the Jewish state in the fight against displays of anti-Semitism that have increased since President Donald Trump came to power in the United States. The explanation for Israel's abandonment of Hungary's Jewish community does not lie in concern for the upcoming summit in Hungary scheduled next week between the leaders of Israel, Hungary, the Czech Republic and Poland. The reason Netanyahu refused to take a stand on the issue is not only his desire to nurture ties with regimes that share his disdain for the left and human rights organizations. Maybe he's a bit uncomfortable about criticizing a Hungarian politician who counts US campaign strategist Arthur Finkelstein among his advisers — the same Finkelstein who ran Netanyahu's election campaign in the past. But the roots of Netanyahu's relationship with diaspora Jewry lie elsewhere; they are planted deep in the home where he was raised, in the ideology espoused by his father.

His revered father, Benzion Netanyahu, declared a nationalist war of extinction against cosmopolitanism. In an article titled "In the Storm of the War," the historian of the Spanish Inquisition era wrote, "It was only the outbreak of anti-Semitism that awakened the Jews from the hibernation cast on them by cosmopolitan ideas." And what is the best way to fight those cosmopolitan ideas, such as human rights, equality and the brotherhood of nations? "The first condition for our total victory is made up of three elements," the elder Netanyahu wrote 80 years ago, and elaborated on them: "Propaganda, propaganda, propaganda."

Netanyahu junior followed his father's approach. While the prime minister is feeding world Jewry with right-wing propaganda, he is belittling the diaspora Jew, taking advantage of anti-Semitic incidents to encourage immigration to Israel. Ahead of Netanyahu's arrival in Paris this weekend, French Jews remember all too well his 2015 speech at the Paris Grand Synagogue. Then, right after the Charlie Hebdo and Hyper Cacher kosher supermarket attacks, Netanyahu called on French Jews to immigrate to Israel. By doing so, he rejected the legitimacy of vibrant Jewish life outside Israel.