How decision to cut Palestinian revenues could endanger Israel

Israel may have the right to deduct payments made to Palestinian assailants from the tax revenues it collects for the Palestinian Authority, but that does not make the decision a smart one. 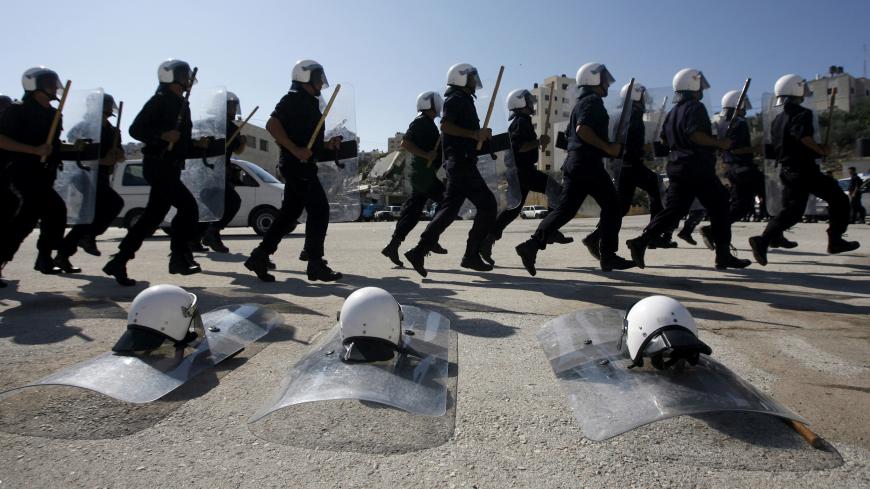 The decision by Israel’s security cabinet to implement the law enabling Israel to freeze the monies of the Palestinian Authority is one of the most explosive in Israel's recent history. The law enables Israel to deduct funds paid to Palestinian assailants in Israeli prisons from tax revenues collected by Israel on behalf of the Palestinian administration. The bill was adopted by the Knesset eight months ago but then disappeared into Israel’s bureaucratic passages — and for good reason. The political leadership, with Prime Minister Benjamin Netanyahu at its head, likely understood its dangerous potential and decided to delay its implementation. But then came early elections.

The power-intoxicated Israeli right and the squabbles between Netanyahu, the New Right party and HaBayit HaYehudi over that constituency drowned out the defense system's warnings. The tremendous pressure from the right impelled Netanyahu to implement the law lest he pay a hefty electoral price. It wasn’t long before someone leaked information that Education Minister Naftali Bennett yelled at Shin Bet head Nadav Argaman during the cabinet meeting called to discuss the law's implementation.

On a moral level, the decision is absolutely justified. It allows Israel to deduct a sum of money from the taxes it collects for the PA that is equal to the sum that the Authority transfers to those imprisoned in Israel for attacking Israelis. The generous payments encourage terror and support attackers' families while they are imprisoned. Now Israel will be able to deduct this money from the funds that it sends to the Authority. Poetic justice.

However, in the Middle East, not everything that is ethical or moral is the correct (or smart) course of action. The problem, a high-level Israeli security figure told Al-Monitor on condition of anonymity, is the "accumulation of blows that have landed on the Palestinian Authority over the last year.” The concern is that the deductions, about half a billion shekels ($138,000) a year, may inflict the PA’s final death blow. Even if not, it is clear that a furious President Mahmoud Abbas will take out his anger on the Gaza Strip. He will pass on the deductions from the money that the PA is required to give Gaza. Thus Israel, which transfers Qatari money to the Strip every month with one hand, will prompt an even higher deduction in funds for the Strip with the other hand. “The situation in the Strip is explosive even without this new dictum. It could be that we are viewing the spark that will light the Gaza powder keg,” warned the source.

The blows to the PA have been harsh and relentless ever since Trump rose to power in the United States. The Taylor Force Act was ratified, the Palestinian mission in Washington was closed, the president moved the US Embassy to Jerusalem and assistance to the UN agency that supports Palestinian refugees was cut. Then came a new law that forced the PA to forfeit the American security assistance that had kept the Palestinian security apparatus alive.

“If we want to defeat President Abbas and dismantle the Authority, it could be done,” a security source told Al-Monitor on condition of anonymity. “The problem is that everyone knows that the Authority is vital to Israel’s security as well. No one wants to see it falling apart. The recent steps will undermine its situation even more.”

A former senior IDF officer told Al-Monitor this week on condition of anonymity, “There is no doubt that the payments to terrorists incarcerated in Israel stirs up justified anger. However, let’s not forget that there is no Palestinian leader who would dare cancel them. The prisoner ethos in Palestinian society is very strong and has no replacement. We need to decide what we prefer: to teach the Palestinians a lesson, or continue the security cooperation and coexistence that exists today between Israel and the Authority. For many long years we hoped for a Palestinian Authority with organized institutions, a one-law system and one-weapon system. Now it exists, and we’re doing everything to get rid of it.”

It's a similar story to that of the incendiary balloons and marches on the Gaza border fence. Israel has demonstrated great restraint in the past year, despite the balloons setting Israeli land on fire and blackening the lives of the Israeli Gaza Envelope residents. Israel’s policy of restraint, led by former Chief of Staff Gadi Eisenkot with the support of the prime minister, rests on simple logic: Since the incendiary balloons do not kill people, there’s no sense in embarking on an extensive military operation in the Strip that will cost the lives of dozens of soldiers just to return to the same point from where it all began. In this case as well, the principles of justice and moral ethics are constrained by considerations of logic and cautious crisis management.

However, the issue of the PA's payments to Palestinian prisoners caught the cabinet at a bad time: pre-election. The new law won't necessarily create an immediate security threat, so when no politician in Israel dares to denounce this decision, all that is left is to pray that the much-slandered Abbas will somehow survive this blow, too, and that the Authority will not collapse even if the situation worsens.