Efforts by Israel and the Palestinians to find solutions for alleviating the economic crisis facing the Palestinian Authority had met with some success, but a recent leak meant the end of the road for much-needed additional measures. 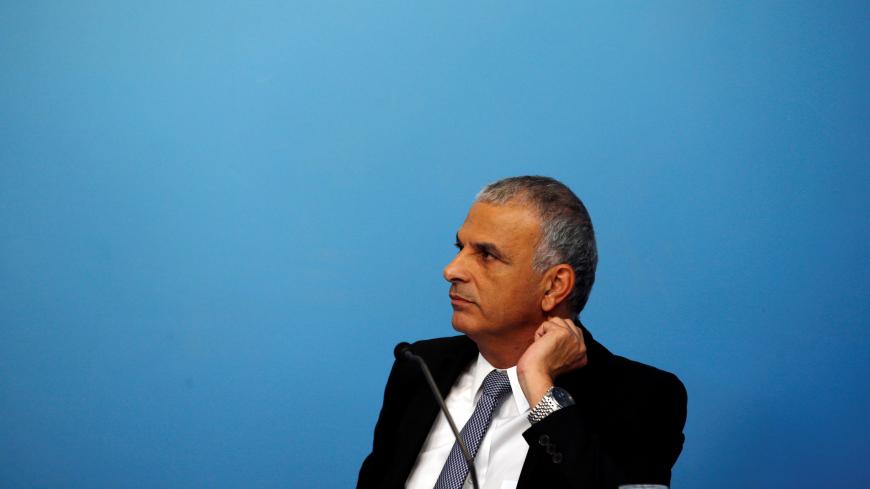 It has been about two months since a partial solution was found to the problem surrounding the transfer of tax money collected by Israel to the Palestinian Authority (PA). As it turns out, the danger has yet to pass. The PA remains in dire economic straits.

A security source told Al-Monitor that Palestinian President Mahmoud Abbas and senior members of his administration believe that without immediate improvement in the economic situation on the West Bank, towns there will be overrun by demonstrations led by PA employees, who have only received a portion of their salaries for the past few months. Given the resulting lack of commerce, local businesses will collapse.

It should be remembered that since July 2018, when Israel passed the Deduction Law — calling for the deduction of funds from the tax receipts equivalent to the amount the PA transfers to the families of Palestinian prisoners in Israeli jails and those killed in attacks on Israelis — the PA has refused to accept any of the tax money. With Israeli security forces warning that the PA is on the verge of economic collapse, Finance Minister Moshe Kahlon arrived at a solution in conjunction with PA Civil Affairs Minister Hussein al-Sheikh and Finance Minister Shukri Bishara involving a tax exemption on gasoline that the PA buys from Israel.

The agreement benefited the PA in two ways. First, it could purchase gasoline tax free, and second, it could tax the gas when selling it to Palestinian consumers on the West Bank. As a result of the agreement, Israel transferred some 2 billion shekels ($568 million) to the PA on Aug. 22, and everybody sighed with relief.

Then, on Sept. 23, Channel 13 News reported that Kahlon had agreed to an urgent meeting requested by Sheikh to find additional ways to help alleviate the economic crisis confronting the PA. In other words, the creative solution arrived at in August may have brought some measure of relief, but the danger persisted.

A Palestinian source who spoke to Al-Monitor on the condition of anonymity was outraged by the report. He claimed the leak about the meeting came from Kahlon's office and that it was nothing more than an attempt to benefit politically at the Palestinians’ expense.

“Everything had been coordinated between us until now,” said the source. “There were no leaks about the [previous] talks. It was only after a solution to the problem of the money was found, and everyone agreed that it was a respectable solution, that news of it was released to the media. Either Kahlon or someone from his office leaked information, when it would have been better for everyone if it hadn’t been made public.”

His frustration is understandable. The saga surrounding the Deduction Law has involved all sorts of games over honor. It turned the issue of payments to the families of convicted terrorists into a deep-rooted and volatile crisis that could lead to the collapse of the PA and an escalation of tensions with Israel.

The Israeli security establishment warned Prime Minister Benjamin Netanyahu about the dangers inherent in implementing the statute, but he insisted nonetheless on bringing it to his Security Cabinet for approval this February to appease the right during the campaign for April elections. Abbas responded by instructing the PA Finance Ministry to reject the tax money collected on the PA's behalf as long as the Deduction Law remained in effect. It may have been detrimental to the Palestinian economy, but Abbas had no choice. He needed to show the Palestinian public that he is not a pawn on the Israelis’ chessboard. Had he accepted the money after the deductions, it is doubtful that he would have managed to maintain his stature, or for that matter, his job.

Both Israel and the PA, however, were quick to realize that they had to cooperate to find a solution to the crisis, and also that a media blackout would be necessary as would respecting each other’s dignity while addressing the issue. They managed to do that in reaching the gasoline tax agreement. The PA was hoping to find other, similar solutions to the problem after the Sept. 17 election.

The Israelis, and certainly the Palestinians, never imagined that Israel would face the political crisis of seeing no reasonable chance of forming a new government after two rounds of elections in five months (and now talk of a possible third). In other words, the Palestinians will not have anyone to talk to about the crisis until the beginning of next year at the earliest. What do they do in the meantime? Can the PA survive that long?

The answer appears to be no, or at least that's what they’re saying in Abbas’ closest circles. In other words, they can't rely on the members of the Ad Hoc Liaison Committee, the group of states that contribute to PA funding and that met Sept. 26 in New York during the gathering of the UN General Assembly. That leaves only one possible solution: direct talks between Israel and the Palestinians.

That is why Sheikh, regarded by Israel as being responsible for communications between the two parties (and affectionately referred to as “The Softener” by the Civil Administration), initiated another meeting with Kahlon. He was hoping that together they could find a solution by which Israel would transfer the remainder of the Palestinian tax money, after having held on to it for months. A current estimate of the total amount is at least 2 billion shekels.

This is where the problems began, or could it have been sabotage? Kahlon was the one member of the Netanyahu government who would listen to the Palestinians and who exhibited what they considered to be national responsibility. Now, they claimed, he had made the request for a meeting public, thus humiliating Sheikh.

There is no doubt that Abbas was aware of Sheikh’s plan to contact Kahlon and that he had greenlighted it, hoping that together they could devise an additional solution that would then be presented to the Palestinian public as a “mutual understanding.” In other words, they could find a solution that would not be perceived as conceding the principle of doing no harm to the families of martyrs.

On Sept. 25, Israeli President Reuven Rivlin asked Netanyahu to try to form a new government. To succeed, Netanyahu will need the support of the entire right wing, but even that will not be enough to ensure a coalition. Given these circumstances, the last thing he wants to do right now is compromise on the Deduction Law. Right-wing Israelis, and others, consider it a just law and one that supposedly shows Abbas that terrorism doesn’t pay.

This might be why Kahlon decided to leak the news of Sheikh’s request even if it proved to be detrimental to the Palestinians. He is already talking about retiring from political life and realized that there is little more he can do. At least this way, he would be seen as trying to spare Israel from escalating tensions with the Palestinians in letting it be known that he was attempting to resolve problems arising from the Deduction Law.

So far, Israel’s big political blunder is far from being resolved. Will the Palestinians manage to hang on until politics in Israel return to normal? At this point, there is no way of knowing.