The electoral alliance between HaBayit HaYehudi and the radical Otzman Yehudit under the prime minister's guidance has outraged moderates on the right and invited accusations of hypocrisy. 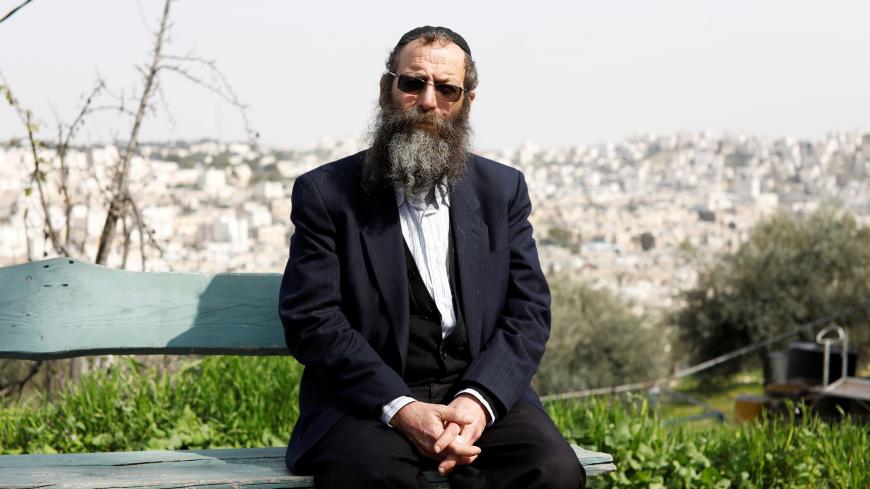 Far-right party Otzma Yehudit (Jewish Power) and national-religious HaBayit HaYehudi announced Feb. 20 that they will run on one ticket at the upcoming April elections in a merger endorsed by Prime Minister Benjamin Netanyahu.

But the addition of Otzma Yehudit to the bloc already formed between HaBayit HaYehudi and the National Union has caused a rift in the religious Zionist movement. Criticism among the movement’s more moderate circles focuses on the racist elements of the teachings of Rabbi Meir Kahane, founder of the Kach movement. The members of Otzma Yehudit regard themselves as his students.

Danny Hirschberg, a former head of the prominent B’nei Akiva religious Zionist youth movement, said in an interview with Army Radio, “I tried to stop the process. They have no place in the realm of religious Zionism. We will have to ask ourselves how we can explain to our youth that this ideology is far removed from our own.” Another prominent religious Zionist, Rabbi Amnon Bazak, described the election of Kahane's followers to the Knesset as “a desecration of God’s name.”

The sharpest critic of all has been Rabbi Benny Lau, who represents the leftist, liberal branch of religious Zionism. He did not mince words in interviews, on Facebook or in his synagogue. For instance, he posted on Facebook, “The introduction of racial theory into the Knesset signifies the destruction of the Jewish Commonwealth. … Violence against the non-Jewish residents of this land is a violation of our alliance and poses a challenge to the very settlement of this land. And yet the prime minister doesn’t care. All he wants is to win the election.” According to Lau, Otzma Yehudit is simply a new iteration of the Kach movement, which the Supreme Court disqualified from running for the Knesset in 1988 and which the government classified as a terrorist organization in 1994. He says that attempts are being made to soften the image of Kach so as to enable its entry into the mainstream through the historic National Religious Party (HaBayit HaYehudi’s predecessor), which once represented a moderate and inclusive school of religious Zionism.

Kach was a racist movement with fascist overtones on Israel’s far right. It called for the expulsion of Arab citizens from Israeli territory and the enactment of racist legislation, as well as for the implementation of religious law in the state of Israel and the annexation of all parts of the Land of Israel. Lau also noted that former Likud Knesset member Michael Eitan compared laws proposed by Kahane to the Nazis’ Nuremberg Laws. Both dealt with the status of Jews and non-Jews, residential restrictions, bans on mixed marriages, separation of students, a ban on encounters between the youth of both groups and separate beaches. Then he added: “It’s terrible. These are teachings inundated with racism. We, the families of those people murdered in the name of the Nuremberg Laws, have an obligation to remain vigilant and keep our one and only state far from this racist climate.”

Most of Lau's criticism is directed at HaBayit HaYehudi for agreeing to form a bloc with Otzma Yehudit. Rabbi Chaim Druckman, a spiritual leader of HaBayit HaYehudi, told Al-Monitor the two parties should not have joined together and that the ways of Otzma Yehudit are not those of the central stream of religious Zionism.

HaBayit HaYehudi Knesset member Nissan Slomiansky was involved in talks with Netanyahu over the partnership with Otzma Yehudit. He reported that the prime minister reminded everyone of the 1992 election, in which three separate parties on the right enabled the left bloc managed to form a narrow coalition that gave Israel the 1993 Oslo Accords. He said he and his colleagues realized that their party would not pass the Knesset entry threshold and that the bloc would lose the election if they failed to act.

Otzma Yehudit and the various other groups in which its members are active tend to operate within the boundaries of Israeli law, but some of them tread the line in their efforts to separate Jews and non-Jews. For instance, the group Lehava, founded by Otzma Yehudit member Bentzi Gopstein, works to prevent assimilation and mixed marriages between Arab men and Jewish women. Gopstein has been arrested on suspicion of incitement and has used violent means to advance his group’s objectives.

Itamar Ben Gvir, another right-wing activist, argues that criticism of the partnership is rooted in hypocrisy. He said, “I am not willing to accept criticism of us from people who are willing to sit with, speak with, and befriend those who advocate the elimination of the State of Israel and replacing it with an Arab state, as do [former Knesset member] Azmi Bishara and [Knesset member] Haneen Zoabi.”

The central principles of Otzma Yehudit include imposing full Israeli sovereignty over the Temple Mount and the removal of all restrictions on Jews praying in the compound. The platform also calls for full Israeli sovereignty over all the Land of Israel and “arranging for ‘enemies’ of Israel to obtain status in the Arab states surrounding us” — in other words, the expulsion of anyone who refuses to accept Israeli domination.

Meretz appealed to the Central Election Committee to disqualify Otzma Yehudit from running in the April elections because of its record of racism and incitement, both of which are forbidden by law. Their appeal to the committee states that Otzma Yehudit continues in the path of the Kach movement, which was defined as a terrorist organization in the United States. But the Supreme Court had already rejected a similar appeal against Otzma Yehudit member Baruch Marzel just before the 2015 election.

Netanyahu’s insistence that religious Zionist parties unite with Otzma Yehudit is detrimental to his own image, as is evident from the criticism over the last few days from Jewish organizations in the United States, including his allies in AIPAC. These critics remind him that while Kahane served in the Knesset in the 1980s, Likud members would walk out of the plenum whenever he spoke. The chair of Meretz, Knesset member Tamar Zandberg, described Netanyahu as the groomsman at a wedding between the Knesset and a Jewish terror group.

The Likud’s main response to this criticism is that the move was intended to save the right-wing coalition and prevent another “Oslo disaster.” Yet even Netanyahu, Slomiansky and others involved in the process must be aware of the steep cost, even if Otzma Yehudit operates within the law and draws a distinction between itself and the teachings of Kahane. The moral blemish will be hard to erase.