Will the ultra-right seize control of religious Zionism in Israel? 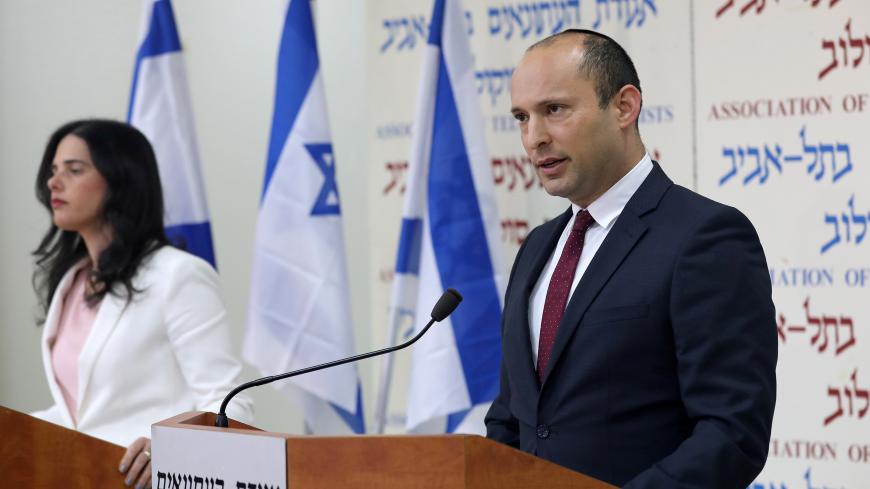 HaBayit HaYehudi was formed in 2008 through a political alliance of the National Religious Party (Mafdal) and the National Union Party. The arrangement was not beneficial until the arrival of Naftali Bennett and Ayelet Shaked, when under their leadership HaBayit HaYehudi, known in English as the Jewish Home party, won 12 Knesset seats in the 2012 elections.

On Dec. 29, 2018, Bennett and Shaked announced that they were leaving HaBayit HaYehudi to establish another party, the New Right. Their departure left HaBayit HaYehudi a flock without a shepherd and at risk of falling off Israel's political map. This uncertainty has led parties on the far right of the map to move to fill the space traditionally occupied by the religious Zionist movement.

Mafdal, the basis for HaBayit HaYehudi, had at times sat in coalitions with left-wing parties, such as Labor and Meretz (in Ehud Barak’s government, 1999-2000), yet it was clearly identified with the settlement enterprise, the leadership of the settler movement, and the Yesha Council, representing the settlements. The party took care to align itself with official state institutions, which is why its leadership could prevent the struggle over the 2005 disengagement from Gaza from totally deteriorating. Many activists left the party after the disengagement and threw their support behind parties further to the right, including parties calling for the annexation of the occupied territories and expulsion of the Palestinians.

Bennett had begun his political career in 2005 as Prime Minister Benjamin Netanyahu’s chief of staff. He then joined HaBayit HaYehudi in 2012 and represented it in two Netanyahu governments. Mazal Mualem has explained in Al-Monitor that one of the reasons behind Bennett's surprise resignation from HaBayit HaYehudi was to free himself from the control of rabbis affiliated with the religious Zionist movement. As Bennett argued, they made it impossible for him to move forward with the kind of political maneuvering that he believes would expand the party and transform it into a leading force among the broader Israeli public.

Bennett and Shaked’s sudden departure left HaBayit HaYehudi without any leadership of stature. The party therefore decided on Jan. 27 that its new chair would be selected by a special committee. Apparently, the party hopes to bring in an attractive outside candidate capable of winning back the voters that Bennett and Shaked took with them. With polls indicating that at this stage, HaBayit HaYehudi would fail to pass the electoral threshold if it ran alone, it is in talks with the National Union about continuing their partnership and running together on a joint list. What is now different, however, is that instead of HaBayit HaYehudi leading the religious Zionist camp as it did in the last election, the National Union wants to lead the bloc.

The new head of the National Union is Bezalel Smotrich, a young Knesset member who wants to annex all the territories and expel Palestinians who refuse to take an oath of allegiance to the State of Israel. His opinions on matters of religion and state are no less extreme. For instance, he wants to repeal all rights for LGBTQ members of society and opposes granting parental rights to same-sex couples. He has frequently voiced racist positions as well, as in a statement expressing sympathy for Jewish women who did not want to share hospital rooms with Arab women. In a controversial post from 2016, he twitted, “It’s natural that my wife wouldn’t want to lie down [in a bed] next to a woman who just gave birth to a baby who might want to murder her baby twenty years from now.”

As part of the National Union’s attempt to take over HaBayit HaYehudi, the party has appealed to Knesset member Moti Yogev, a prominent member of HaBayit HaYehudi, with the offer of appointing him its number two Knesset member, behind Smotrich. Though Yogev declined, the underlying meaning of the offer was clear: The hawkish wing of the religious Zionist camp feels strong enough to take over HaBayit HaYehudi. The problem remains, however, that even if the two parties run together, they would still only approach the electoral threshold.

That is why talks are also underway with two additional parties: Yachad, a right-wing ultra-Orthodox group headed by Eli Yishai, former head of Shas (which won 125,000 votes in the 2015 elections but failed to surpass the electoral threshold), and Otzma Yehudit (Jewish Power), the successor of Meir Kahane’s Kach. Kahane, who founded the Jewish Defense League in the United States, immigrated to Israel and founded Kach, which was based on a racist ideology and advocated extreme measures against the Palestinians. He was elected to the Knesset in 1984, but Kach was barred from successive elections because of its racist platform.

Although a Muslim assassinated Kahane in New York in 1990, Kahane's movement has survived in Israel under various names and having adopted a somewhat less radical message that does not violate legislation prohibiting incitement for hatred. Jewish Power is one example of this. In 2015, the party ran on a joint list with Yachad. Now it is one of the main candidates to join a joint religious Zionist list.

Smotrich told Al-Monitor that he is holding talks with several right-wing parties about a joint list. This, he explained, would keep the right from losing votes and strengthen its bargaining power in a new coalition presumably led by Netanyahu. He confirmed that Jewish Power is one of those parties.

Comparing the platforms of the National Union and Jewish Power shows that they are practically identical in terms of diplomatic and security issues as well as matters of religion and state. The main difference is the attitude of Jewish Power’s members toward the Israel Defense Forces (IDF) and their particularly sharp criticism of army and Shin Bet commanders in regard to their actions in the West Bank. For example, one of its demands is the closure of the Shin Bet’s Jewish Division, which focuses on identifying and tracking Jewish terrorist cells. Just last week, for instance, the division’s activities led to the arrest and indictment of a 16-year-old yeshiva student from a settlement near Ramallah for throwing the rock that killed Aisha Rabi, a Palestinian resident of Bidia, last October.

Any merger with Yachad and Otzma Yehudit would bestow Smotrich with considerable political power when facing off against members of HaBayit HaYehudi, which still has a sense of loyalty to established state institutions, including support for the IDF and other security forces.

Should the National Union “swallow up” HaBayit HaYehudi, it would mean that the most extreme branch of religious Zionism had gained absolute control of the sector’s political representation. It appears that one obvious result of this is that the more moderate religious voters would switch their allegiance to the Likud or to Bennett and Shaked’s new party. The most troubling consequence would be in terms of values, as it would mean the disappearance of the pragmatic religious Zionist movement along with its commitment to supporting the institutions of statehood. In other words, it means the loss of an ability to compromise and be a responsible partner in leading the country. 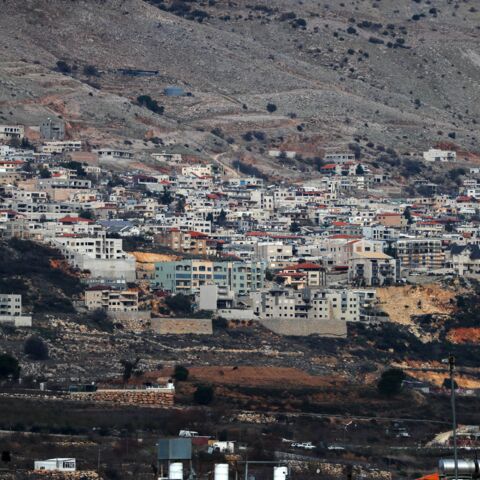