Iranian opposition gets left out of meeting on Iran taking place in Poland next week. 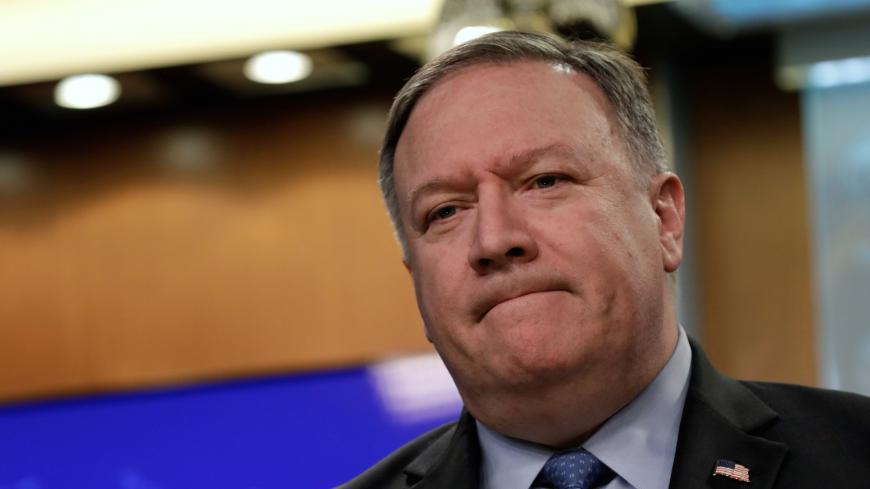 A US-sponsored conference that is scheduled to kick off in Warsaw on Feb. 13 to “promote peace and security in the Middle East” has attracted controversy ever since Secretary of State Mike Pompeo first launched the idea during a recent trip to the region. Critics say the two-day event is a thinly veiled stab at creating an “anti-Iran” club orchestrated to showcase support for President Donald Trump’s hawkish stance on the Islamic Republic — most notably his decision to pull out of the 2015 nuclear deal. Iran was kept off the guest list, but dozens of other countries have been invited. A good few desperately wish they had not been.

Washington’s European allies, who are defiantly struggling to salvage the Joint Comprehensive Plan of Action, or JCPOA, as the deal is called, are among the most squeamish despite Washington’s fevered assurances that its merits will not be discussed. The Financial Times reported today that the European Union’s foreign affairs chief, Federica Mogherini, is giving the event a pass, leaving it to more junior figures from the so-called E3 composed of Britain, France and Germany — all signatories of the nuclear accord — to wave the flag. Russia, another signatory, has said nyet as well.

Ironically, the people who most want to be there — Iran’s constellation of opposition groups — have reportedly all been overlooked, leaving many wondering what precisely the point of the exercise is. “What is the logic of seeking to contain Iran when you don’t engage with the country’s opposition?” asked Asso Hassan Zadeh, the deputy secretary-general of the Kurdistan Democratic Party (Iran), one of the main Kurdish opposition groups based in Kurdish-controlled northern Iraq. Hassan Zahdeh said his organization had approached the US consul general in Erbil on behalf of a coalition of “the most important” Iranian Kurdish political organizations for an invitation this week but had not heard back from him.

In a letter to the consul shared with Al-Monitor, Hassan Zadeh wrote, “In spite of the broad character of the title and the program of the said conference, no one doubts that the Islamic Republic and the future of Iran is the main stake of the conference. … It is unfortunate that the main interested party, namely the Iranian people, is not somehow associated with the international discussions on Iran.”

Hassan Zadeh said opposition figures did not expect to be at the table but could have been granted observer status. This would have allowed them to mingle with the international players at hand. Israel’s prime minister, Benjamin Netanyahu, is expected to show up. Trump’s close adviser and son-in-law, Jared Kushner, and his Middle East envoy, Jason Greenblatt, will be also be present at the conference, which Iranian Foreign Minister Mohammad Javad Zarif has labeled “a desperate circus” that would “disgrace its participants.”

Another opposition group contacted by Al-Monitor confirmed it had not been approached either. Karim Abdian, who heads the Ahwaz Human rights group, a Washington-based outfit lobbying on behalf of Iran’s Arab minority and advocating the nonviolent overthrow of Iran’s clerical regime, told Al-Monitor, “As far as I know, none of the opposition groups have been invited. There are 7.8 million Ahwazi Arabs in Iran, shouldn’t they should be given a say?” Abdian said that administration officials, when pressed in private, told him the reason the opposition was left off the guest list was because the meeting “isn’t for nonstate actors.”

Analysts say this is a bogus excuse. Trita Parsi, a prominent Iranian American commentator and author of several books on Iran, believes the opposition groups, “a useless bunch, anyway,” are being shunned because their presence would make the gathering seem like “a regime-change fest.” This, in turn, would make it even less likely that ministerial guests would turn up. “This is doomed to fail,” Parsi told Al-Monitor, just as previous attempts to isolate and weaken Iran such as the “dual containment” policy of the 1990s had. “Iran is too big to be contained forever. If the US could not succeed when it was at the apex of its power, how is it going to succeed when it's much weaker and increasingly seen as a problem in the West?”

The Financial Times speculated that one of the few potential benefits of the conference may be that it will allow Netanyahu and Gulf state leaders, who have no diplomatic relations but share a common hatred for Iran, “to join together in a public forum.”

Meanwhile, Hassan Zadeh’s group, which he insists has determinedly shunned Saudi advances, finds some solace in the US military’s decision to share intelligence on the type and provenance of Iranian missiles that struck its headquarters Sept. 8, killing 11 people and wounding 30. Iran’s Revolutionary Guards claimed responsibility.

“An American general in Erbil attached to the US-led coalition [against the Islamic State] provided us with highly technical details. The missiles were launched from Iran’s Ourumiyeh [West Azerbaijan] province and were Iranian Fateh [110] II missiles,” Hassan Zadeh said. An unarmed surveillance drone sent ahead of the attack originated from an area within Iraq’s Kirkuk province that is controlled by Shiite militias, he added. His assertions could not be independently confirmed.