Mohammad Javad Zarif has resumed work as Iran's top diplomat after President Hassan Rouhani rejected his abrupt resignation, though the debate continues over what forced the foreign minister to bid farewell in the first place. 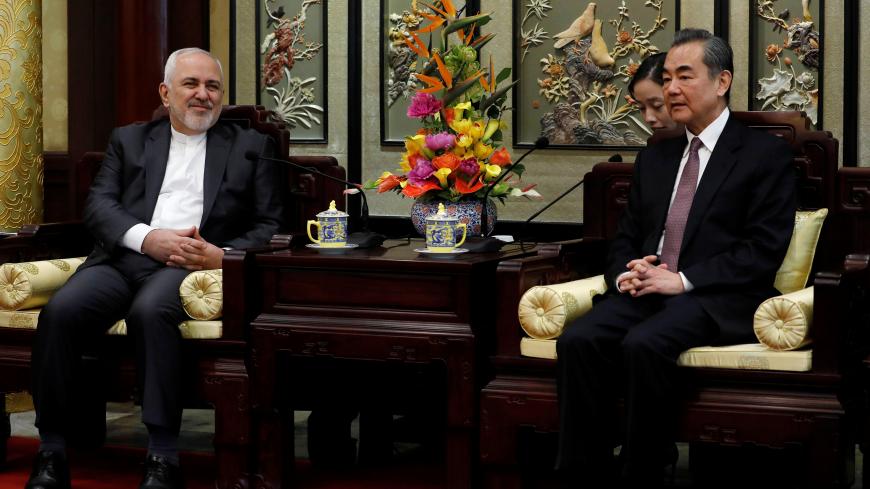 In an official letter made public early in the morning of Feb. 27, Iranian President Hassan Rouhani put an end to speculation, rejecting the abrupt resignation by his Foreign Minister Mohammad Javad Zarif.

The much anticipated letter addressed Zarif's complaints about his ministry's "integrity and credibility" in running Iran's foreign affairs. Rouhani recognized the veteran politician's concerns, stressing that all state institutions must work in "full coordination" with the Foreign Ministry for diplomatic activities.

"I do not accept it," Rouhani said about Zarif's resignation, which he found against Iran's "interests." The president said he saw himself in the same boat with the foreign minister as both face domestic pressure, but expressed confidence that "we will pass through this tough stage." The best proof of Zarif's success, according to Rouhani, was that Iran's "sworn enemies" such as "the Zionist regime" had celebrated his resignation, referencing a tweet by Israeli Prime Minister Benjamin Netanyahu.

Within an hour of the letter's release to the media, pictures went viral of a smiling Zarif sharing an umbrella with Rouhani as the two waited to welcome a visiting Armenian delegation led by Prime Minister Nikol Pashinyan in Tehran's Sa'dabad Palace.

After Zarif's resignation announcement on Instagram late on Feb. 25, Iran was overwhelmed with reactions from officials and the public. But the one that came last probably counted most. Gen. Qasem Soleimani, the commander of Iran's Quds Force — the overseas branch of the Islamic Revolutionary Guard Corps — expressed his open support for the foreign minister.

Zarif had told the press that his resignation was triggered by his exclusion from meetings between Syrian President Bashar al-Assad and the Iranian leadership including Supreme Leader Ayatollah Ali Khamenei and Rouhani. It ignited a blame game over who sidelined the foreign minister. Soleimani explained that it evidently happened due to a lack of coordination in the president's office.

The Quds Force commander's presence in the meetings with Assad had served as the basis for arguments that he was becoming the most influential figure in managing Iran's regional policies and that Zarif had fallen from grace. But Soleimani reassured everyone that Zarif is in charge of the Islamic Republic's foreign policy with the full backing of the supreme leader.

"Rouhani did not accept the resignation [and] Zarif is back. Prudence worked. … Commander Soleimani also just proved he is dignified," wrote conservative university professor and political scientist Amir Mohebian.

In addition to senior officials and over 150 parliamentarians who rallied behind Zarif and urged his return, many ordinary Iranians also took part in social media campaigns for his comeback. There were also hard-liners who used hashtags such as "Zarif escapes." One researcher pointed out that 88% of the accounts that tweeted that hashtag in Persian had been created since July 2018, suggesting bot activity.

Predictably, the top diplomat's resignation hit the front pages of newspapers published before Rouhani's decision to keep Zarif in office. The papers speculated about what would happen next, what drove Zarif toward resignation and how his decision was received across the political spectrum.

Aftab, a daily with pro-Reformist leanings, openly listed those at home and abroad who were "overexcited" to see Zarif's back. It grouped Iranian hard-liners with Netanyahu and US Secretary of State Mike Pompeo, saying both sides joyously sung one chorus in celebration of the departure. While Etemad and Arman, two other Reformist papers, urged Zarif to stay, the approach taken by conservative Javan was critical. It called the foreign minister's move an untimely decision rooted in personal anger, shifting the media attention away from close ally Assad's Tehran visit. Javan also claimed that Mahmoud Vaezi, the president's chief of staff, had decided to keep Zarif in the dark regarding the Syrian leader's trip.

But the toughest line was taken by Vatan-e Emrooz, known for its biting and often single-word headlines against the Rouhani government. The daily attacked the administration for performing a "Kids' Show," borrowing the title of an Iranian TV program in which children are kept busy playing while their parents fight for a prize. The byline claimed that Zarif had written a letter of strong protest to Rouhani over the latter's failure to invite him to sit down with Assad. Vatan, too, threw the ball in the presidential office's court, saying that Rouhani's inner circle had directed the entire drama and the supreme leader's office had nothing to do with it.

Although the diplomatic controversy over Assad's visit was short lived, it did leave one victim behind. Reformist paper Ghanoon has been temporarily banned after its Feb. 26 front-page headline about the Syrian president's trip was found outrageous by judicial authorities. The daily described Assad as an "uninvited guest" or "gate crasher." The ban has drawn criticism from several journalists who accuse the judiciary of exercising double standards and refusing to impose penalties on hard-line outlets. "In a matter of hours, Assad's visit cost Iran a foreign minister and a newspaper," tweeted one user.

While a full explanation of what prompted Zarif's decision to depart may never be offered, Iran's top diplomat is now back to continue facing challenges from both domestic opponents and foreign adversaries. Above all, he has to go on shuttling among camps to keep the Joint Comprehensive Plan of Action alive.