In a surprise move, Iran’s president dismissed his minister of industry as the sector is increasingly plagued by US sanctions, untamed inflation and corruption. 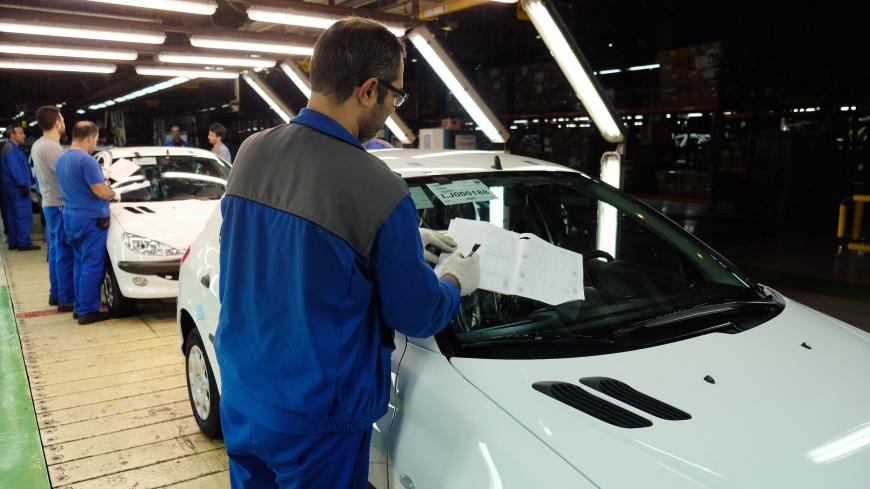 Final inspections are made on a Peugoet 206 car in the production line of Iran Khodro Car Factory on Feb. 20, 2020 in Tehran, Iran. - Kaveh Kazemi/Getty Images

President Hassan Rouhani sacked his minister of industry, mine and trade at one of the most chaotic moments for the country’s industry, particularly in the automotive sector. The Iranian auto industry has been on a downward path in the past two months with prices of domestic products soaring by up to 60%.

Yet no mention of that turbulence was made in the official explanations and exchanges on Reza Rahmani’s dismissal. In a public letter, he said he respected the president’s decision while attempting to disclose the covert power play inside the Iranian executive branch. Rahmani named Mahmoud Vaezi, chief of the presidential staff, as the man who forced his departure. As one of the president’s closest allies, Vaezi is believed to be the powerful figure micromanaging Rouhani’s moves.

The sacked minister’s letter hinted at what appeared to be severe infighting over a contentious bill the Rouhani government has been persistently advancing. If passed by the Iranian Parliament, the bill will lead to an official divorce for a new Ministry of Trade. The inner clash was further revealed in a statement from the presidential office in response to Rahmani’s letter. The statement noted that the minister’s dismissal was triggered by his failure to curb three lawmakers who have been attempting to kill the bill.

Rahmani’s replacement is one of his deputies, Hossein Modarres Khiabani, who will serve as a caretaker before the president officially proposes a new minister to parliament for a vote of confidence. Rahmani became the seventh minister departing from Rouhani’s 18-member cabinet. Two more ministerial dismissals or resignations could effectively thrust the Rouhani government into a crisis of legitimacy. Under the Iranian Constitution, the president will then have to put the entire list of his ministers to a fresh vote of confidence from the incoming parliament, which is packed with hard-liners.

While the two letters made it clear that Rouhani’s decision was no rebuke of the minister over the failing auto industry, leading media outlets still found links. Pro-Reformist paper Aftab-e-Yazd has published a chain of editorials against the sacked minister’s “incompetence” in handling not only the car market but a turbulent paper industry. Rouhani’s move, according to Aftab-e-Yazd, reflected the people’s voice but was belated. Similarly, ultraconservative Javan reported, “The Pride dropped off the minister,” referencing an Iranian budget car that has earned notoriety for its low safety standards and disproportionate prices. The domestic product is a version of a Kia Motors subcompact car that was discontinued by the South Korean firm in 2000. Despite undergoing nearly no safety or cosmetic upgrades, the Iranian Pride has enjoyed an overall price leap of 10 times in the course of one decade.

According to official statistics, the two manufacturers’ production dropped by some 50% in the past two months with thousands of incomplete cars stranded in large factory parking lots due to a scarcity of sanctioned supply parts. The situation has worsened amid weeks of closures imposed by the novel coronavirus pandemic in the country.

Whether or not Rouhani’s dismissal of his industry minister had to do with the auto industry is currently a topic of heated debate across Iran’s political circles. Even among the president’s supporters, there is a growing argument that the removal was more political than about tackling inflation in the auto market.

“To escape accountability for his own incompetence, Rouhani will continue to blame others,” reported Reformist paper Seday-e-Eslahat, predicting that the president will take more such steps as he approaches the end of his term.