The exit of French automakers from Iran is leaving a vacuum that appears set to be filled by Chinese auto manufacturers. 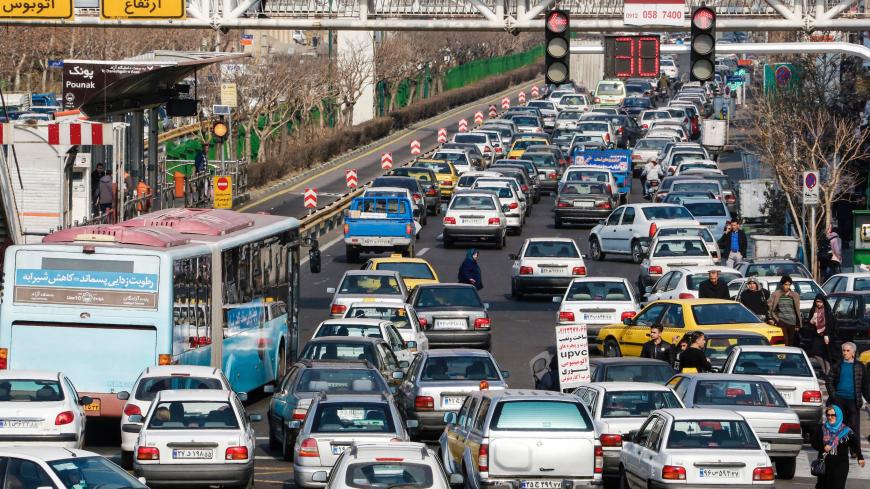 Street traffic is seen in the Iranian capital Tehran on Jan. 14, 2017. - GETTY/Atta Kenare

As Iran’s auto industry is grappling with a multifaceted crisis, there are signs that China’s nascent carmakers may step in to become part of the solution.

The US withdrawal from the Joint Comprehensive Plan of Action (JCPOA) and the impending reimposition of sanctions have not only caused a currency crisis in Iran but also led French automakers such as Peugeot and Renault to leave the Iranian market, creating a shortage of parts.

The auto sector is Iran’s second largest industry, valued at an estimated $26 billion. It is made up of both private and state-owned enterprises engaged in vehicle production as well as 1,200 businesses that are involved in making parts. Despite the presence of a multitude of companies, Iran’s auto industry is in fact rather exclusive. Indeed, the two main state-owned companies, Iran Khodro and Saipa, control more than 90% of production and sales. Now, however, both of these companies are facing a crisis that primarily stems from the US withdrawal from the JCPOA.

Iran Khodro, the country’s largest car manufacturer, recently issued a note to its representatives around the country, requesting that they introduce China’s H30 Cross as a substitute for the French Renault Tondar to customers. The measure was likely in response to Renault’s recent decision to halt all cooperation with Iranian automakers in the coming months. Similar withdrawals by Western automakers in the coming months could herald the beginning of engagement between Iranian automakers and their Chinese counterparts in a bid to reduce the impact of the ongoing crisis. Indeed, if the latter pans out, it has the potential of turning Chinese automakers into a key player in the Iranian market.

Unlike Iran’s auto industry, China’s is flourishing and on its way to becoming a world-class business. Some are comparing the current state of the Chinese car sector to that of Japan's back in the 1970s or South Korea's in the 1980s, when their respective industries began prospering.

As China’s auto industry has prospered, so has the presence of Chinese automakers in Iran, which has increased during the past decade. Several Chinese car manufacturers — the most from any foreign country — are currently present in Iran.

Indeed, China’s Brilliance, as well as other automobile models that are assembled by Saipa, are among the top 10 most popular cars in Iran. Meanwhile, China’s share of auto parts exports to Iran has also experienced a significant increase in recent years, so much so that in the Iranian year 1396 (March 2017-March 2018), Chinese enterprises accounted for an estimated 50% of the $1.8 billion worth of auto parts imports.

Recent data show that Chinese automakers assembled 80,000 vehicles in Iran during the Iranian year 1396, accounting for 8% of total automobile output. Private Iranian auto manufacturers — as opposed to state-owned Iran Khodro and Saipa — that assemble and import Chinese brands saw a 14.1% increase in production in the first three months of the current Iranian year (beginning March 21) compared to the same period last year. During this same period, Modiran Khodro, a private vehicle manufacturing company that has the largest share in the assembling of Chinese parts in Iran, increased its production by 14.6% compared with the year before.

With the imminent reimposition of US sanctions, it is likely that Chinese brands will further enter the Iranian auto industry — going from the sidelines to the main body of the market. As noted earlier, companies that currently assemble or import Chinese brands have an 8-10% share of the market. In comparison with the 38% market share of French automakers (31.8% for the PSA group and 6% for Renault), which has been achieved through cooperation with Iran’s two main carmakers, this figure may not seem very significant. However, with the return of sanctions and the growing restrictions being placed on Iran Khodro and Saipa on the one hand, and the exit of French automakers from the Iranian auto industry on the other, cooperation between the dominant state-owned carmakers and their Chinese counterparts will likely expand.

There are, of course, certain complications associated with an increase in cooperation with Chinese enterprises. In the framework of the global value chain, most Chinese carmakers have joint ventures with American and European brands. This could potentially reduce their ability and desire to cooperate with Iran. On the other hand, some of the cars that have been produced by Iran’s main carmakers during the past years will now be in competition with the cars China intends to introduce to the Iranian market. The negative sentiment among middle-class Iranians toward Chinese goods is another factor that will make sales challenging. Indeed, among ordinary Iranians, Chinese products are generally associated with items of poor quality. In the auto industry, too, Iranians generally refer to Chinese vehicles as “China Cars” in a derogatory manner, referring to them as fragile and subpar in quality.

The primary challenge, however, is engaging in banking transactions with Iranian automakers, which, with the withdrawal of the United States from the JCPOA, has reached a deadlock. Although China has stressed its support of the nuclear deal and is continuing normal trade with Iran, its banking system cannot engage in transactions with Iran — including Iranian companies — independent of the global financial system. For this reason, financial transactions continue to be the key challenge in trade between Iran and China.

The US withdrawal from the JCPOA has thus left Iran’s second largest industry faced with a crisis. It has pushed French automakers out of this market and severely limited the options of Iran’s two main carmakers. All of these elements have created key opportunities for Chinese carmakers to increase their presence in the Iranian market. However, the continuation of banking difficulties, joint ventures between Chinese carmakers and American and European brands in addition to the fluidity of Iran’s economic situation have all created key challenges for the expansion of cooperation between the two sides.

The proposed package by the European Union to extend the nuclear deal may help alleviate some of these challenges. The oil and auto industries are waiting to see what the remaining JCPOA parties have to offer. Their proposed package could open up a path for continuing banking relations between Iranian automakers and their Chinese counterparts. If this occurs, the Chinese will likely sign more contracts with the Iranian side.