The debacle surrounding the apparent resignation of Iran’s foreign minister is centered on a desire to refocus the diplomatic power of the Iranian Foreign Ministry. 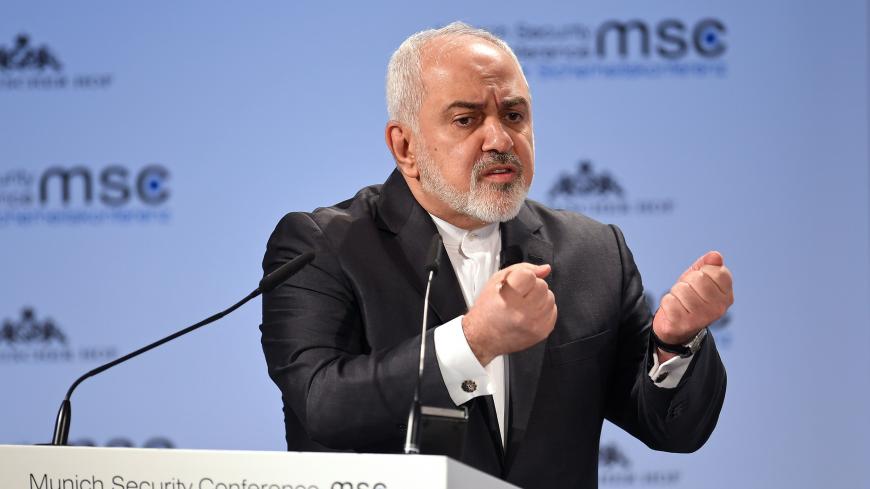 The sudden resignation of Foreign Minister Mohammad Javad Zarif has predictably hit Iran as nothing short of an earthquake. However, before engaging in analysis of which dynamics are at play — and what the potential ramifications may be — it is useful to consider the procedural dimensions.

Zarif posted his resignation on his personal Instagram page at midnight, local time, on Monday. He expressed gratitude to “the dear and honorable Iranian people for the last 67 months,” apologizing for his “incapacity” to continue serving in his post.

Zarif has reportedly submitted an actual letter of resignation, as is required, to President Hassan Rouhani. The president can now either accept or reject the request. In the wake of Zarif’s Instagram post, several lawmakers — including fierce critics of Zarif — claimed that the foreign minister has submitted his resignation up to 14 times since becoming chief diplomat back in 2013. While these claims ought to be taken with a grain of salt, the reality is probably that this is not the first time Zarif has sought to step down, for whatever reason. In the meantime, Rouhani has yet to formally reject any resignation request.

Indeed, amid rumors in Tehran that Rouhani had accepted the resignation, Mahmoud Vaezi, the presidential chief of staff, took to Twitter to “strongly reject” such claims. Moreover, in an address at the central bank early Tuesday, broadcast on state television, Rouhani praised Zarif and the Foreign Ministry as combatants in the “front” against the United States, alongside the central bank and the Oil Ministry. No mention was made of any resignation. Instead, Vaezi took to Twitter once again, this time to claim that Rouhani’s remarks were “clear evidence” that the president was “wholly satisfied” with Zarif’s performance, and that the Islamic Republic has “one foreign policy and one foreign minister,” hinting at the chief diplomat’s apparent discontent with having been iced out of a recent meeting with Bashar al-Assad.

There is also an additional — and perhaps more important — dimension to consider: Even if Rouhani accepts the resignation, the reality is that Zarif will need another signature in order to step down.

Tradition has it that the supreme leader, Ayatollah Ali Khamenei, must sign off on four ministerial posts, including foreign minister. As such, even if Rouhani accepts the resignation, Zarif still needs Khamenei’s approval. The latter is a particularly salient dimension since Zarif is widely known to enjoy a close relationship with the supreme leader, who has stood behind him since day one. Some local news sites claimed late Tuesday that a “high-ranking official” has rejected the resignation, alluding to Khamenei.

Thus, mindful that it is still unclear whether the president and the supreme leader will accept the resignation request, it is useful to consider the dynamics that may be at play.

As senior officials have made clear to Al-Monitor, the presidency’s failure to inform Zarif that Assad was in town on Monday was the apparent straw that broke the camel’s back. Furious with the presidential office’s apparent overlooking of protocol for visiting foreign dignitaries — and particularly with a rare visit such as Assad's — Zarif reportedly told Entekhab news agency that “after photos of today’s meeting,” he had “no credibility” left. In this vein, and amid a massive backlash among both elites and the public urging him to stay in his post — #ZarifStay, in Persian, is trending on Twitter — Zarif told media on Tuesday that his move was aimed at protecting the “integrity and position” of the Foreign Ministry in handling Iran’s foreign relations.

Given that Quds Force commander Qasem Soleimani was present at Rouhani and Khamenei’s meetings with Assad, it could be argued that the issue at hand centers on discontent with the Foreign Ministry’s level of authority, particularly in the aftermath of the emboldening of hard-liners amid growing US pressure, and Europe’s failure to take tangible steps to deflect that pressure. But there is more to the equation than Soleimani.

The president is, under the Iranian Constitution, head of the Supreme National Security Council (SNSC) — the body tasked with making decisions on major matters of state, albeit in the shadow of Khamenei’s veto power. Previously, Rouhani led the SNSC’s powerful secretariat, from the inception of the council in 1989 until 2005, when Iran’s diplomacy with Europe to secure a nuclear deal collapsed, resulting in the rise of hard-liner Mahmoud Ahmadinejad. Mindful of this backdrop, and given Rouhani’s background as a moderate, although right of center, the US withdrawal from the Joint Comprehensive Plan of Action (JCPOA) has engendered a situation in which SNSC Secretary Ali Shamkhani — a Rouhani appointee who doubles as one of Khamenei’s two personal representatives on the council — has risen as an influential and tough voice, perhaps at the expense of Zarif.

Adding to the palace intrigue is Vaezi’s longstanding ambitions to shape the country’s diplomacy, having been on the cusp of becoming foreign minister back in 2013. Since becoming chief of staff in Rouhani’s second term, Vaezi has accumulated power, thus enraging Reformists and Cabinet ministers alike by limiting access to the president. He has also allied with government spokesman Mohammad Bagher Nobakht to marginalize Reformist First Vice President Eshaq Jahangiri, and, in addition to accompanying Rouhani on diplomatic ventures, has made multiple solo high-profile visits to places like Turkey. Indeed, well-informed sources in Iran suggested to Al-Monitor in private conversations that while Zarif and Vaezi have been friends for decades, tensions have increased regarding what could be seen as Vaezi’s encroachment on the Foreign Ministry’s domain.

Meanwhile, Khamenei’s foreign policy advisers have also increasingly entered the diplomatic fray. Ali Akbar Velayati, a former foreign minister and longtime mentor to Zarif, has been visibly involved in Iran’s diplomacy, particularly when it comes to Russia and Syria. Last year, Velayati’s parallel diplomacy is said to have made Alexander Lavrientiev, Vladimir Putin’s special envoy to Syria, feel emboldened enough to come to Iran for meetings without having informed even Rouhani.

More recently, Kamal Kharazi — another foreign minister who advises Khamenei in his capacity as head of the Strategic Council on Foreign Relations — has increasingly gotten involved in outreach around the world in the aftermath of the US withdrawal from the JCPOA.

As such, it is evident that US pressure and, to some extent, internal politics have combined to fracture the Foreign Ministry’s role as the chief implementer of Iranian foreign policy: and Zarif appears to no longer be having any of it. In this context, Zarif’s maneuvering is likely the last resort of a man focused on maintaining cohesion in Iran’s diplomatic apparatus — including through the firing of a loud warning shot against the consequences of the fracturing of Iran’s diplomacy. For these consequences may include the danger of Iran being perceived as weak and then taken advantage of by outside powers, whether by Russia, China or Europe.

As such, what may ultimately be at play is brinkmanship — albeit genuine brinkmanship — by an astute tactician who, having perfected the art in his dealings with Iran’s friends and foes abroad, has finally decided to deploy this same skill set at home. In this equation, the most important statement of the past 48 hours may not have been Rouhani’s defense of Zarif but rather Vaezi’s apparent climbdown when he publicly stated: “The Islamic Republic of Iran has one foreign policy and one foreign minister.”

That the debacle over Zarif’s apparent resignation has only empowered the Rouhani administration is the cherry on top. Currently, the Rouhani administration is engaged in a war of words with certain parties who are doing everything in their power to undermine the elected government, whether through sabotaging the passage of two bills to put Iran in compliance with the Financial Action Task Force, or their poisoning of domestic discourse through relentless attacks on Zarif and other members of the Cabinet.

The reactions of Rouhani and Khamenei in the coming hours and days will ultimately decide Zarif's fate. If the foreign minister remains in his post — which appears likely — he will emerge from this crisis no longer as a foreign-educated “outsider” chiefly recognized for his focus on Iran’s foreign relations. Rather, the new Zarif will have shown that he is capable of turning his own perceived weaknesses into a source of strength, and, in doing so, that he can hold his own on the domestic political stage, too.