Intel: Iran’s top diplomat offers resignation after being iced out of Syria talks

Iranian Foreign Minister Mohammad Javad Zarif suddenly resigned Monday in a post on Instagram where he expressed gratitude “to the dear and honorable Iranian people for the last 67 months” while apologizing for “all the shortcomings during my service.” 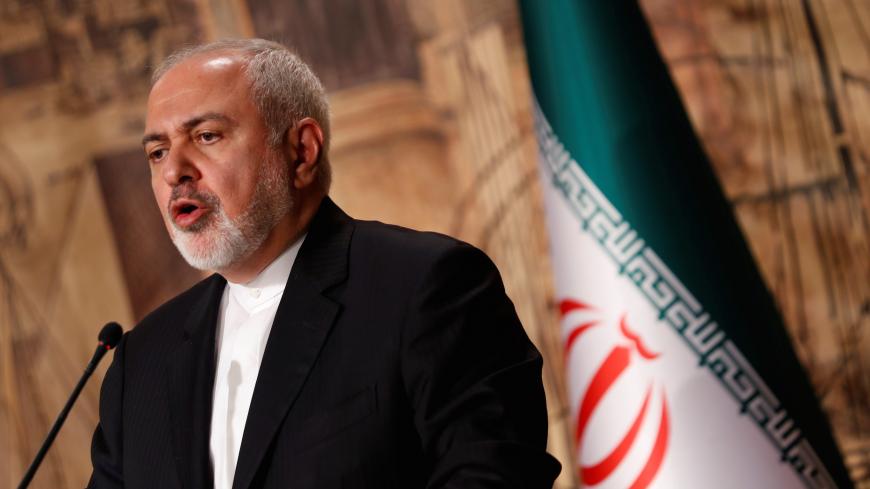 Iranian Foreign Minister Mohammad Javad Zarif suddenly resigned Monday in a post on Instagram where he expressed gratitude “to the dear and honorable Iranian people for the last 67 months” while apologizing for “all the shortcomings during my service.” Zarif was the face of Iranian diplomacy throughout the nuclear talks and their aftermath and has faced relentless criticism from hard-liners over his outreach to the West.

Why it matters: The timing of Zarif’s resignation, which has so far not been accepted by President Hassan Rouhani, coincides with a visit from Syrian President Bashar al-Assad at which the foreign minister was noticeably absent. That has fueled speculation that Zarif quit after losing influence.

Well-informed sources told Al-Monitor that Zarif expressed indignation that his ministry had not been informed of Assad’s visit and at having been left out of Rouhani’s meeting with the Syrian leader. The apparent rupture appears driven by disagreements with the Iranian president. Entekhab news site quoted Zarif as saying he had “no credibility in the world” after he was left out of a meeting with Assad that was heavily publicized, and thereby missing from official photographs.

"The main reason behind Zarif’s resignation is clear: He was upset that he wasn’t at the meeting with Assad alongside Rouhani," a source familiar with the matter told Al-Monitor on condition of anonymity. Assad also met with Supreme Leader Ali Khamenei and Quds Force commander Qasem Soleimani.

The larger context of Zarif’s resignation may signal several potential scenarios, including dissatisfaction with Iran’s regional policies. Some sources even speculate it could be a protest against an impending Iranian decision to withdraw from the nuclear deal.

Nuclear deal: Zarif led the nuclear negotiations with six world powers for more than two years, resulting in the July 2015 nuclear deal. Following the US withdrawal under President Donald Trump, Zarif and the European signatories — namely the European Union as well as Britain, France and Germany — have sought to save the deal by launching a mechanism to uphold trade benefits promised to Iran.

In this vein, the Europeans recently launched their so-called Special Purpose Vehicle after many months of delay. But the fledgling mechanism will require close cooperation between Iran and Europe to become operational. Zarif has been the man entrusted with salvaging the nuclear deal by both Khamenei and Rouhani, making his departure at this juncture a devastating blow to cooperation between Iran and Europe — all while Rouhani’s policy of “constructive engagement” may come under more pressure from hard-liners.

What’s next: It is still unclear whether Rouhani will accept Zarif’s resignation. Unconfirmed rumors circulated on social media shortly after the Instagram post went up suggested he had tried to resign on multiple occasions — and that Rouhani had finally accepted this time.

However, the presidential chief of staff, Mahmoud Vaezi, has in a tweet “strongly denied” any rumors that Rouhani has accepted Zarif’s resignation. Nonetheless, it is not clear if Zarif is prepared to stay on. There is also the prospect that the current situation in Iran may lead high-ranking officials to urge him to take back his resignation letter.

Vaezi, who served as minister of information and communications technology during Rouhani’s first term, is among the possible candidates to replace Zarif and has long been described as having a strong desire to take the job.

Know more: Read our coverage of Zarif’s defiance of US sanctions and of Iranian hard-liners' attempts to impeach him, and our exclusive interview with Zarif on the margins of the UN General Assembly meeting in New York in September.