Iran in grip of massive backlash over Zarif’s sudden resignation

The surprise resignation announcement by Iran's foreign minister has sparked debate on what pushed him over the edge. 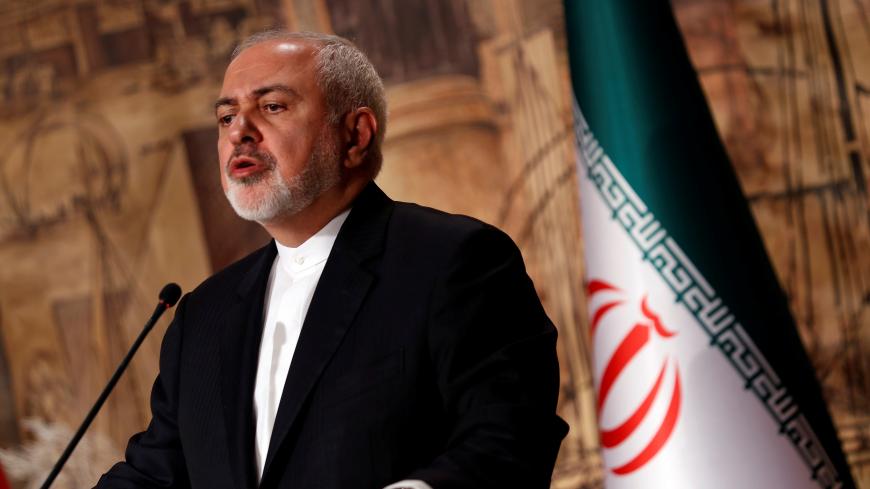 The surprise resignation of Foreign Minister Mohammad Javad Zarif has sparked major debate in Iran regarding the reasons behind the departure. Zarif said his resignation was intended to protect the Foreign Ministry’s “integrity,” but he offered no other explanation, leaving room for a variety of speculations, many of them focused on Zarif's perception that he lacks the authority to execute his powers.

Reformist journalist Emadeddin Baghi noted that "Zarif's message was clear: People vote in elections for a certain political program … but the unelected parallel organizations within the state hijack the votes to impose the very policies which people reject in their ballot papers." He predicted that more of President Hassan Rouhani's ministers may follow suit and resign as they find themselves powerless in their positions.

Zarif's absence at recent meetings in Tehran with Syrian President Bashar al-Assad were due to a "lack of administrative coordination," an unnamed Foreign Ministry source told Entekhab. In response, pro-Reform sociologist Hamid Reza Jalaeipour attacked those who kept "Zarif, the representative of the country's official diplomacy, behind the door." However, in his first interview following the announced departure, Zarif ruled out personal reasons, and noted that he made the decision to "defend the position of the Foreign Ministry," whose powers, he said, had been violated.

According to Mostafa Danandeh, a pro-government journalist, the foreign minister did the right thing by resigning after he found himself stripped of his powers. Danandeh expressed his wish that Rouhani would resign for the same reason.

Zarif announced his resignation via Instagram, while other officials, including fellow Cabinet members and parliamentarians, also took to social media to present their views. Minister of Communications and Information Technology Mohammad Javad Azari Jahromi, already under fire from hard-liners and facing prosecution for not implementing restrictions on social media, urged Zarif to remain strong and consider not resigning. The same was conveyed by Masoumeh Ebtekar, the vice president for women and family affairs.

While parliamentary speaker Ali Larijani has yet to react, his deputy Ali Motahari said no one was qualified enough to replace Zarif. Meanwhile, 150 lawmakers, making up more than half of parliament, urged in a public letter to Rouhani to reject Zarif's resignation.

Whether the president would accept Zarif's decision remained the big question. In a Feb. 26 speech, Rouhani refused to directly touch upon the issue, merely expressing gratitude to the foreign minister for fighting the United States on "the front line." But that did not mean that all hope was lost. Zarif's senior aide, Hossein Jaberi Ansari, wrote in response to a comment on social media that the president would not accept the resignation.

In his last interview before announcing his resignation, Zarif told moderate paper Jomhouri Eslami that his foreign policy decisions were made in full coordination with the supreme leader. But Ayatollah Ali Khamenei refused to address the diplomat's resignation in a speech he made the day after the announcement.

In the same interview, Zarif lashed out at critics of controversial bills related to making Iran compliant with the Financial Action Task Force (FATF). The passage of the compliance bills is required to keep Western financial transactions with Iran running. Now those bills are gridlocked. For months, Zarif and his diplomatic team have tried to convince Iran's hard-liners to pass the bills and not provide the United States with any more excuses to pressure Iran.

In spite of parliament's approval, the legislation is now in the hands of the Expediency Council, whose members are appointed by the supreme leader. Now, the pressure from hard-liners to block the bills is also believed to have served as an impetus for the foreign minister's resignation.

Many Iranian hard-liners, who have called for Zarif's head, could not help but embrace his resignation. "It heralds the collapse of the Rouhani government," wrote conservative cleric and former parliamentarian Hamid Rasaee. "After losing hope in the ratification of the FATF-related bills, he made that decision … and it is now time for the judiciary to impose a travel ban on him, and launch proceedings over his role in the reimposition of sanctions as well as the presence of spies in his negotiating team."

A merciless critic of the foreign minister and the nuclear deal, hard-line TV host Vahid Yaminpour likened the resignation to an "ejection from an already falling airplane." Ultraconservative parliamentarian Javad Karimi Ghodousi expressed a similar joy. Known for claiming access to confidential intelligence, Ghodousi said that the resignation has already been finalized and that next in line is Oil Minister Bijan Zangeneh. Ghodousi is also said to have offered sweets — an Iranian tradition to celebrate good news — to fellow parliamentarians over Zarif's departure. Israeli Prime Minister Benjamin Netanyahu also expressed satisfaction: “Zarif is gone, good riddance,” he tweeted hours after the announcement.

Staunch domestic critics of the Islamic Republic were outraged in recent months over many statements Zarif had made in public while abroad. Critics deemed his comments as lies meant to promote the international standing of the Iranian establishment. Among his most controversial comments, Zarif said Iran held no prisoners of conscience and never persecuted members of the outlawed Bahai faith. Zarif also said Iran was proud of being under pressure if that was the price for supporting Palestinians and the Syrian government. "The man who said we will survive did not survive himself," wrote some of those critics, in a sarcastic reference to Zarif's remarks.

Still, many on social media expressed gratitude to the veteran politician, hailing him as a national hero. They lamented his departure and expressed fear that his resignation would be a repeat of history, which has seen Iranian men of sincere service removed. They drew similarities between Zarif and Mohammad Mossadegh, the democratically elected prime minister who was ousted in 1953 following a US-British coup.

But perhaps this repeat of history is not what Rouhani wants. His close aide, Mahmoud Vaezi, who is believed to have significant leverage over Rouhani's decisions, tweeted that, in Rouhani's view, "Iran has only one foreign policy and one foreign minister," suggesting that the president will not let Zarif step down so easily.