Iran’s foreign minister has returned to his post with renewed authority after expressions of support from an array of the ruling elite, but his hard-line detractors are still poised to make gains in the country’s next elections. 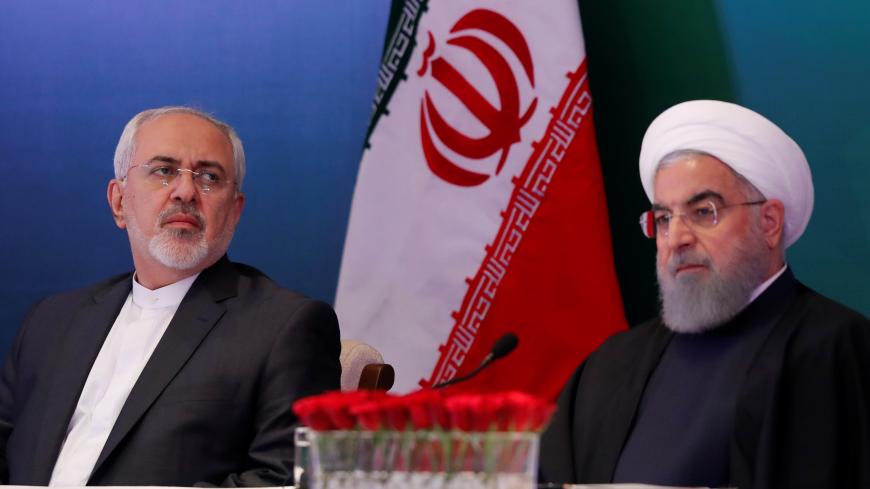 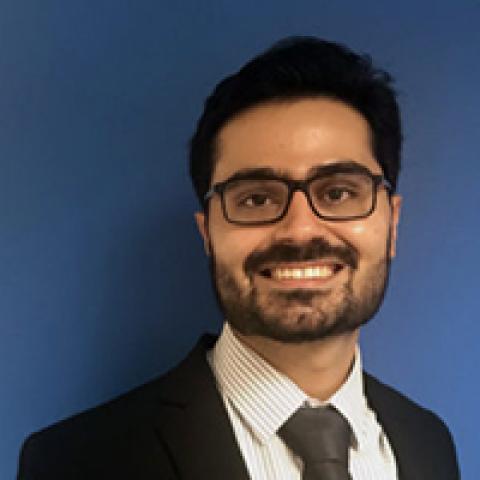 "The disgraceful JCPOA [Joint Comprehensive Plan of Action] has reached a dead end. Zarif is like a gambler who gambled his entire existence on trusting [former US Secretary of State] John Kerry and lost," proclaimed hard-line former member of parliament Hamid Rasaee. Conservative politician Mahmoud Nabavian declared, "The man behind the damaging agreements of Sa’adabad, Paris, Geneva, Lausanne, the JCPOA and FATF [Financial Action Task Force] has resigned. Thank God." Lawmaker Javad Karimi Ghodoosi handed out sweets to fellow members of parliament, saying he was "certain" Zarif was finished.

As it turned out, confidence in the foreign minister's departure was premature. He returns to his post with renewed legitimacy and decision-making power after receiving expressions of support from an array of Iran’s ruling elite. Above all, one public figure's praise has dampened the spirits of Iranian hard-liners and boosted Zarif's position the most: Qasem Soleimani, the commander of the Islamic Revolutionary Guard Corps' Quds Force.

Soleimani backed Zarif as "the main official responsible for foreign policy" and stressed that he has always had the support of senior officials, "especially" Supreme Leader Ayatollah Ali Khamenei. His comments echoed President Hassan Rouhani's letter rejecting Zarif's resignation in which he stated that he agreed with his chief diplomat that the foreign minister is the "highest official implementing the country's foreign policy."

Soleimani's emphatic support of Zarif comes as the US administration’s abrogation of the JCPOA and pursuit of a "maximum pressure" campaign against Iran has all but decimated the fragile momentum Rouhani had built in favor of diplomacy and increased openness. Rather than the economic dividends he promised with the nuclear deal, Rouhani has wound up with an economy debilitated by reimposed US sanctions and hard-liners vindicated in their warnings not to trust the United States.

However, Soleimani — who is respected across Tehran's partisan divide but especially revered by conservative forces — has great influence over the balance of power in Tehran's contentious domestic politics. His comments diminished the political space for hard-line forces to sabotage Zarif's foreign policy approach and awkwardly positioned them on the same side as Israeli Prime Minister Benjamin Netanyahu, who promptly bid Zarif "good riddance."

Despite political limitations and checks on electoral processes by unelected institutions, Iran's political system is not static or monolithic. To the contrary, politics in the Islamic Republic are marked by intense competition between rival factions that diverge on major foreign and domestic policies. In this political arena, one faction has repeatedly shown it is willing to do anything to bring down not just Zarif, but the entirety of Rouhani's administration.

The group called the Front of Islamic Revolution Stability — often referred to as the Endurance Front — has for years sought to eliminate Reformists and moderates from Iran's political scene. Its spiritual leader, fundamentalist Ayatollah Mohammad Taghi Mesbah Yazdi, rigorously opposes engagement with the West and has been described as seeking an isolationist, North Korea-style model for Iran.

Last August, Mesbah Yazdi warned Iranians against trusting any foreign power — whether Western or Eastern — saying, "We must confess and say God, we made a damn mistake. Please forgive us for being optimistic about the JCPOA and negotiations with the enemy. … Please forgive us for being optimistic toward the Europeans.” He added, “Some have tied their hearts to Russia and China; they are making a mistake as well.”

In recent months, parliament members affiliated with the group have introduced bills calling for the impeachment of Zarif, Rouhani and even centrist parliamentary speaker Ali Larijani. It is no coincidence that the political figures who promptly lauded Zarif's resignation bid are all part of the Endurance Front.

Last year, the group sparked immense controversy in Iran over a placard raised at a gathering it organized in the holy city of Qom. The sign was viewed as threatening Rouhani’s life if he pursued renewed negotiations with the United States. The infamous placard read, “Oh you whose slogan is negotiations, Farah’s swimming pool is your fate,” apparently referring to former President Akbar Hashemi Rafsanjani — Rouhani’s long-time patron — who died mysteriously in January 2017 after allegedly swimming in a former palace of the late shah’s wife Farah Pahlavi.

The Qom rally was denounced by senior traditional clergy, including Grand Ayatollahs Nasser Makarem Shirazi and Hossein Nouri Hamedani. Khamenei has also strongly censured those calling for Rouhani’s removal as “playing a role in the enemy’s plan.” However, as the Zarif resignation saga shows, hard-line ideologues clustered around the Endurance Front will forgo no opportunity to subvert Rouhani and his vision for Iran at home and abroad.

The increased brazenness of Iran's hard-liners is reminiscent of the final years of former Reformist President Mohammad Khatami, whose efforts to reach out to the United States ultimately proved futile. Iran’s support of the US-led overthrow of the Taliban regime in the aftermath of the Sept. 11 attacks was answered with President George W. Bush's designation of the Islamic Republic as part of an "axis of evil." And Tehran’s freezing of its uranium enrichment program in 2003 as part of its engagement with Europe failed to achieve a deal in the shadow of American pressure on London, Paris and Berlin.

Khatami’s downfall led to the rise of hard-line President Mahmoud Ahmadinejad. Thus, if past is prologue, it appears that despite their setback with Zarif’s return as foreign minister, the Endurance Front and other conservative factions are poised to make gains in Iran's next parliamentary and presidential elections in 2020 and 2021 — unless Europe stands up to US pressure and provides the promised dividends of the JCPOA. The outcome of this multidimensional struggle is not yet clear — but it will in all certainty be momentous.