The election of Mojtaba Zonnour as chairman of Iran’s parliamentary foreign policy commission has led to speculation about possible moves he may make to force the government to leave the 2015 nuclear deal. 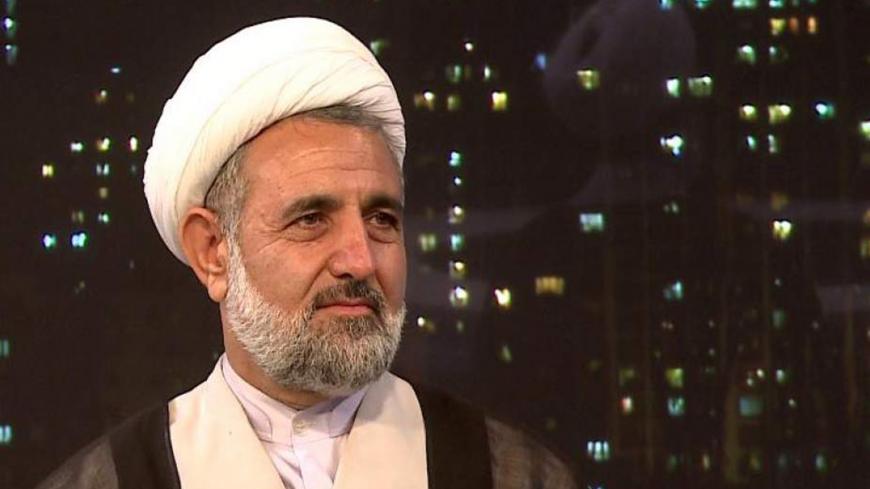 The new chairman of Iran’s parliamentary foreign policy commission, Mojtaba Zonnour, who is known for his harsh positions against the Joint Comprehensive Plan of Action. Posted Jul. 2, 2019. - Twitter/@Alascojafco

Amid concerns about the fate of the 2015 nuclear deal, prominent hard-line member of parliament Mojtaba Zonnour, known for his harsh positions against the Joint Comprehensive Plan of Action (JCPOA), has been elected chairman of Iran’s parliamentary foreign policy commission, raising concerns about additional pressures on the moderate government of President Hassan Rouhani.

On June 23, following the formation of a coalition between hard-liners and members of parliament close to Speaker Ali Larijani, Zonnour replaced moderate Hesmatollah Falahatpishe, whose statements during his one-year chairmanship had raised eyebrows among conservatives.

Falahatpishe suggested May 17 that Iran and the United States establish a “red desk” in Iraq or Qatar for controlling and managing the tensions between Tehran and Washington. This was a proposal reminiscent of the "red phone" hotline between Moscow and Washington to decrease tensions and prevent accidental nuclear wars between the two countries. He also tweeted May 8 that turning the negotiations with the United States into a taboo has caused Tehran’s national interest to be determined by the “inept” European governments.

Falahatpishe, a professor of international relations, now becomes just a regular member of the foreign policy commission, relinquishing the chairmanship to a fervent supporter of the JCPOA’s destruction.

What is the political background of Zonnour?

Before running for parliament in 2016, Zonnour was the deputy representative of Supreme Leader Ayatollah Ali Khamenei in the Islamic Revolutionary Guard Corps. He then decided to retire in order to stand for parliament in the influential city of Qom.

While the media refers to him as a member of the hard-line “Endurance Front,” he has always rejected it. Still, he has praised “Endurance Front” leader Ayatollah Mohammad-Taqi Mesbah Yazdi, saying, “I have a deep and strong belief in Ayatollah Mesbah.”

In February, Zonnour was the leader of a plan to impeach Rouhani owing to the administration's “poor economic performance,” which is to a large extent the result of US sanctions. “Whoever says we are seeking to stage a coup by impeaching Rouhani is stupid,” Zonnour said Feb. 20, rebuking reports circulating about a military government coming to power in Iran.

Zonnour has been a staunch enemy of Rouhani’s diplomatic legacy and has described the JCPOA as an “incomplete creature” that resulted from a “temporary marriage” between Iran and the United States.

The US announcement that it was leaving the JCPOA was like a gift to hard-liners such as Zonnour, allowing them to see their dream finally come true. On May 9, 2018, one day after US President Donald Trump’s decision to “tear up” the deal, Zonnour and a few other hard-line legislators set the JCPOA and US flag on fire symbolically.

“If anyone had pinned hope on the JCPOA, the hope was worthless, it was a mirage,” Zonnour said, referring to his controversial action in parliament, on May 26, 2018.

As the chairman of the nuclear commission of Iran’s parliament, Zonnour presented a bill for withdrawing from the nuclear Non-Proliferation Treaty (NPT) following the US exit from the nuclear deal. In November 2018, Zonnour said that if the Europeans didn’t give Iran the necessary guarantees following the US withdrawal from the JCPOA, the government must suspend the implementation of the Additional Protocol, review withdrawal from the NPT and produce enriched uranium and heavy water based on its needs. However, his bill didn’t go anywhere.

Reacting to reports about the Europeans' attempt to set up the INSTEX sanctions workaround, Zonnour said May 19 that INSTEX, whose purpose he indicated was just to provide Iran with medicine and food, is not suitable for Iran but rather for "countries that have been defeated in war and are responsible for a war. During the American [forces'] presence in Iraq, Iraq sold its oil and in return, it received food and medicine.” He said launching INSTEX "for food and medicine is against the JCPOA articles." He said the parliament would not accept this and that "our diplomatic apparatus officials also should not be deceived by the empty promises of the Europeans.”

Analysts and political activists in Tehran, in reaction to Zonnour's election, expressed concern over his hard-line approach and its possible impacts on the unclear future of the JCPOA.

Mohammad-Ali Abtahi, a Reformist politician, tweeted June 24, “Zonnour, an MP who has been always the symbol of being politically hard-line, has become the chairman of the National Security and [Foreign Policy] commission. This is a dangerous choice. The man who set the JCPOA on fire in parliament can't fulfill the [interests of the country] through diplomatic methods. His election wasn’t in line with the national interest. Our current difficult situation requires prudence, not hard-line slogans.”

But the new chairman is now attempting to follow his long-awaited plans against the 2015 nuclear deal. As the JCPOA's days have seemingly become numbered, a hard-line figure with the sole dream of setting the 2015 nuclear deal on fire has joined the circle of decision-makers or at least those affecting Iran's policies on the JCPOA.

Zonnour said July 1 that withdrawing from the NPT and suspension of the implementation of the Additional Protocol would be among Tehran's next moves. This also could result in the introduction of a bill against the JCPOA in parliament.