Will Warsaw summit unite US, EU against Iran?

Despite a likely Western European snub in terms of level of representation, the Warsaw summit holds the possibility of being a starting point for a European-American consensus against Iran down the line, potentially depriving Tehran of even the minimum benefits of the nuclear deal. 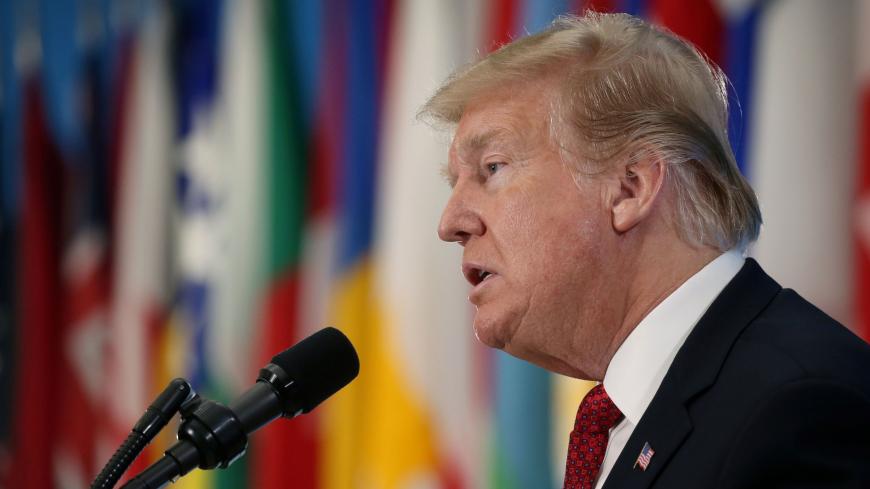 US President Donald Trump delivers remarks to foreign ministers from the Global Coalition to Defeat the Islamic State at the State Department in Washington, Feb. 6, 2019. - REUTERS/Leah Millis 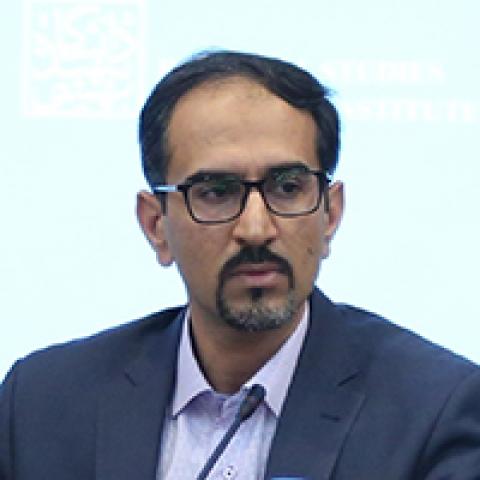 The upcoming Warsaw ministerial summit on peace and security in the Middle East can be regarded as a turning point in US President Donald Trump's policy toward Tehran. Although Poland has tried to assuage Iran's concerns, and while acting US Ambassador to the UN Jonathan Cohen has denied that the Islamic Republic will be the focal point of the Feb 13-14 meeting, the rhetoric of US officials — and especially Secretary of State Mike Pompeo — suggests there is an ongoing effort to represent Iran as a threat to international security that should be immediately contained through a global and multilateral arrangement.

This new trend in US policy toward Iran is in line with prior unsuccessful attempts to form international coalitions against Iran. For instance, in February 2018 — three months prior to the US withdrawal from the nuclear deal — Trump hosted an unconventional meeting with the delegations of all UN Security Council members to highlight Iran’s “destabilizing activities” in the region. That meeting did not appear to be as effective as expected, given the continued broad international support for the nuclear deal. In another surprising move, Trump in September personally chaired a UN Security Council meeting on nuclear nonproliferation.

As such, the upcoming Warsaw ministerial summit can be considered as neither the last nor least instance of a broader trend: namely, the continuation of the US effort to build an international consensus against Iran, albeit with some different characters and features.

The main motivations for the latest iteration of the Trump administration’s specific approach to multilateralism could be analyzed as follows:

As far as foreign and security policy is concerned, numerous gaps and conflicts remain among EU members, particularly when it comes to the manner in which Western and Eastern Europe approach the issue of Iran. Poland, ruled by a nationalist government, was the first European nation to break from the EU’s rejection of the reimposition of US sanctions in the aftermath of Trump’s withdrawal from the nuclear deal, arguing that Europe should not seek to blunt American penalties against Iran. It is important to bear in mind that Poland largely determines its foreign policy on the basis of its perception of Russia as an existential threat. The United States has seized on this to deepen existing gaps within Europe with reference to Iran. For instance, Poland was the first destination of Trump’s European tour after taking office. Here, it ought to be additionally noted that the Warsaw summit has been scheduled to take place only days before the Munich Security Conference, a key annual event on the EU policy circle’s calendar. Against the backdrop of Britain, France and Germany’s launch of an EU-endorsed mechanism to uphold trade with Iran, the timing of the Warsaw summit suggests that the United States is stepping up its efforts to deepen the existing gaps between EU countries on the subject of how to convince Iran to remain within the nuclear deal.

In contrast to the EU’s efforts, Trump's version of multilateralism seeks conformity and consolidation among influential actors in the Middle East against Iran. After the sudden announcement of a US withdrawal from Syria, many concerns have surfaced among Washington’s regional allies. In addition to dispatching national security adviser John Bolton and Pompeo to the region to relieve such anxiety, the United States is continuing to try to establish a regional military alliance to confront Iran, with two clear benefits for US policy in the region: burden-sharing in security costs and also closer diplomatic relations between Israel and Arab states in order to convince them to work on a deal to resolve the long-running conflict between Israel and the Palestinians.

Regardless of its drivers and features, the Warsaw summit could have many important implications for Iran. The impacts of these implications depend on two important variables: the extent to which EU member states comply with the US agenda against Iran and the extent to which the United States can mobilize summit participants to actually act against Iran. In accordance with these two variables, there could be three possible scenarios.

First could be Europe’s failure to operationalize the recently registered Instrument in Support of Trade Exchanges (INSTEX). In the worst case scenario for Iran, the United States would succeed in convincing European powers that any flexibility toward Iran would simply enable the Islamic Republic to mount its “destabilizing activities” in the region. However, the likelihood of this scenario is low because of serious gaps between the EU and the United States regarding how to curb and contain Iran.

In the second — and for Iran, best — scenario, there would be a significantly growing divide between the United States and the EU in the aftermath of the summit. Already, the legitimacy of the Warsaw meeting has come under question in some quarters given the expected low level of European — and particularly of Western European — participation. However, the possibility of a major rift emerging is rather low given the roles and impact of US allies in Europe, and also the extensive security and economic relations between the EU and the United States.

The third, and most probable, scenario would be the creation of a lifeline for the Iranian economy with the launch of INSTEX while Europe in parallel accepts the US policy of pressuring Iran to bring it to the negotiation table. The latter would entail the United States and the EU cooperating on a relatively consistent and coordinated policy toward Iran. This would involve Europe incentivizing Tehran to remain in the nuclear deal via use of INSTEX for humanitarian needs while putting maximum pressure on Iran to negotiate on some other critical issues such as its regional policies and missile program. Given that this scenario is the most likely, the Warsaw summit holds the possibility of being a starting point for the creation of a fragile European-American consensus against Iran down the line, potentially completely depriving Iran of its minimum benefits from the nuclear deal.

In this vein, it ought to be noted that there has recently been a heated debate among experts in Iran about how a response to the Trump administration’s new effort to forge unity with Europe against Tehran should look. These debates include assessments of the legal and security consequences of Iran’s withdrawal from the nuclear deal; the possibility and plausibility of negotiations to amend the accord; and cost-benefit evaluations of other alternative scenarios.

The Warsaw summit cannot and should not be either overestimated or underestimated. Regardless of its immediate and practical consequences, the summit will likely be a litmus test for Trump’s approach to multilateralism in the ongoing process involving international reactions to Iran’s missile program and its regional policies. While the undertaking may be a rocky path with many serious obstacles, it is part of a lengthy process of consensus-building against Iran. Therefore, it may be time for Iran to seriously consider its policy options in response to an emerging, fragile coalition against it — at least on the regional level, for now.