Will Sisi run for third term?

Egypt is seemingly heading toward amending Article 140 of the constitution, as well as others, which would allow President Abdel Fattah al-Sisi to run for one or even two consecutive terms of six years each. 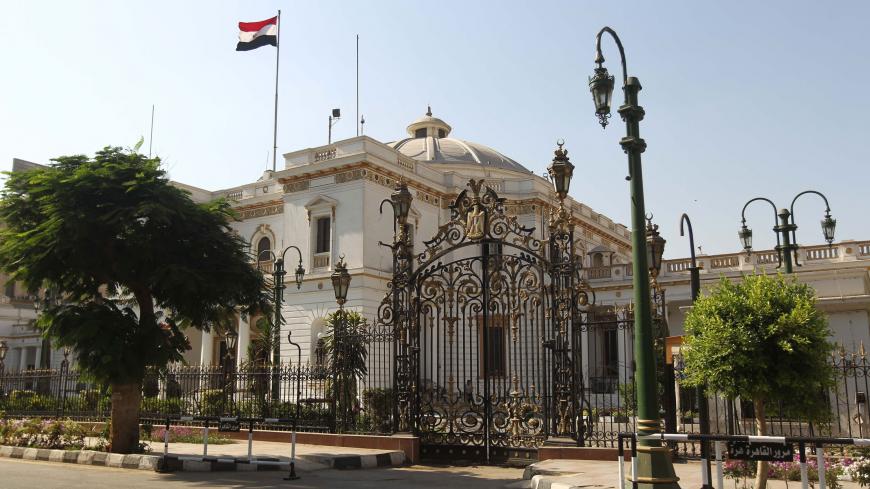 CAIRO — Egypt’s parliament is gearing up for adding amendments to a number of articles of the 2014 constitution, and submitting them to a referendum in the first half of 2019. The amendments are mainly designed to extend the presidential term and reinstate the Consultative Council, among other matters, parliamentary sources told Al-Monitor.

Speaking to Al-Monitor in person and over the phone, multiple sources affirmed that the largest parliamentary bloc, the Egypt Support Coalition, discussed these potential amendments in a meeting at its headquarters Feb. 2, before their discussion in parliament.

Article 226 of the constitution sets forth that the president of the republic or one-fifth of parliamentarians can request a constitutional amendment, and that the reasons behind the amendment and specific articles need to be identified in the request.

In addition, the article stipulates, "In all cases, texts pertaining to the re-election of the president or the principles of freedom and equality stipulated in the current constitution may not be amended, unless the amendment brings more guarantees."

Speaking to Al-Monitor, a source within the parliamentary Legislative Committee, which is expected to discuss these amendments before submitting them to a referendum, explained that the committee “will take its time to discuss the amendments.” The source added that at the same time, “they will be passed during the current parliament cycle that ends in July 2019.”

He added, ”Under the new constitutional [amendments] the current president will be entitled to run for another term, without counting his previous terms.”

A member of parliament who attended the coalition’s meeting said that the amendments include designating one or more vice presidents, reinstating the post of minister of mass media and the Consultative Council under the heading of the Senate, a 25% quota for women in parliament, in addition to an adequate representation of youths, Copts, workers and peasants.

The amendments came under the media spotlight a few days ago, via the 50-member committee that was tasked with drafting the 2014 constitution. Amr Moussa, the chairman of the committee and former secretary-general of the Arab League, announced Jan. 28 in a TV talk show that he is not against adding amendments to the constitution. Moussa stressed the need for particular conditions to be met before adding the amendments.

In March 2016, Moussa and other members of the committee formed the so-called National Front to Protect the Constitution. This front, however, has not organized any remarkable events in the street against any violation of the constitution.

Moussa said, “The constitution sets out clear mechanisms and guarantees when it comes to adding amendments.” He explained that there is a need for them to be added “in a way that goes in line with the constitutional provisions, via a national dialogue,” and “for the constitution to preserve the rights and freedoms of the citizens in general and persons with disabilities.”

He added, “Preserving constitutional texts on social justice is a must.”

Moussa noted, “Egypt will not take actions forcibly or harshly. [The views] of the unions and political parties need to be heard in open — not secret — official parliamentary sessions, for the justifications and reasons to be identified. Everyone needs to be heard and no one’s opinion shall be stultified."

Other figures also do not oppose the amendments. In TV shows, Sameh Ashour, another member of the committee and head of the Egyptian Bar Association, and Diaa Rashwan, the chairman of the State Information Service, voiced their opinions, stressing that any amendments need to be voted on in a referendum and grasped by the public.

Haitham El-Hariri, a parliamentarian for the opposition 25-30 bloc, stated that the bloc is against any amendments and any attempts to extend the presidential term. He said that if there is one remaining positive outcome of the January 25 and June 30 revolutions, it would be Article 140 of the constitution that limits the president to two consecutive terms of four years each.

Speaking to Al-Monitor, he explained that seeking constitutional amendments to be to the advantage of a particular person would undermine any attempts to bring about stability. Hariri anticipates that these amendments will not be the last.

Commenting on Sisi’s remarks, he said, “It is normal for the constitution to be drafted with good intentions,” and added that the political situation in 2014 was much better than now, as there was a balance of power at the time.

In regard to the question whether or not his bloc will call for any street protests for a No vote to the referendum, Hariri replied that the bloc’s members of parliament and himself will have a role in the parliament discussion. He asked whether or not “the oppositionists to the amendments will be able to resort to the media or the street, similarly to those in its favor [of the amendments]."

Hariri called for a roll-call vote on the constitutional amendments in parliament, so that citizens know who is in favor and who is against. 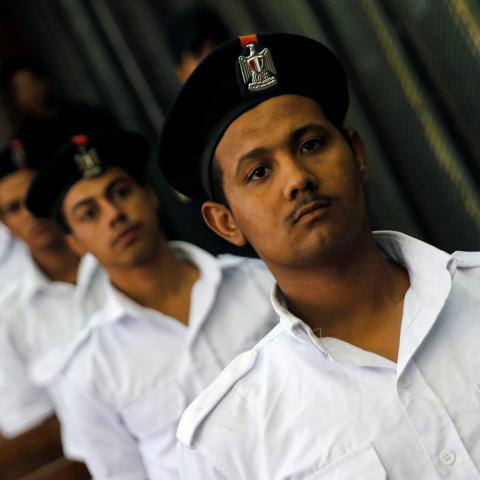