Media figures close to the regime have started campaigning for amending the constitution so as to extend President Abdel Fattah al-Sisi’s second term. 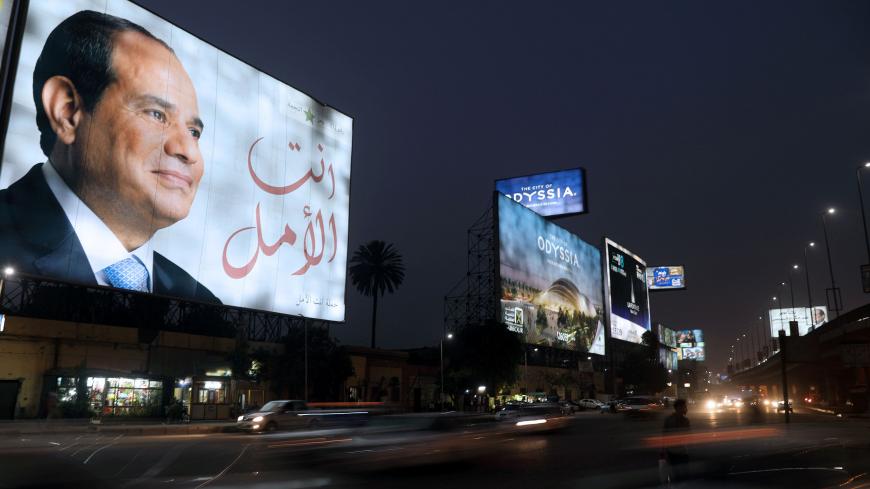 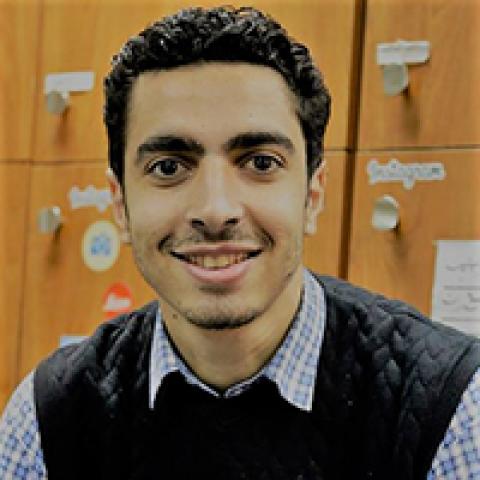 As soon as the results of the Egyptian presidential elections were officially announced April 2, media figures close to the regime embarked on a campaign to amend the constitution so as to extend the second term of President Abdel Fattah al-Sisi.

Opposition figures are concerned about the future of the alternation of power principle — a key demand of the January 25 Revolution.

The alternation of power was a demand of Egyptians who protested in Tahrir Square in the wake of the January 25 Revolution, especially as former President Hosni Mubarak remained in power for 30 years without any real elections. Egyptians also decried the deteriorating economic situation, police violations and suspension of the state of emergency law that the government used as a pretext to bind Egyptians’ freedoms in the decade before the revolution broke out.

The day following the presidential elections that ended March 28 and crowned Sisi president for a second term, former Library of Alexandria director Mustafa Al Faqi said in a TV interview on MBC Egypt’s Yahdoth Fe Masr that eight years divided over two presidential terms is a short period. He called for extending this period with new constitutional amendments.

A day later, on March 30, Imad el-Din Adib, a media figure close to the regime, appeared on Egyptian Channel 10 on the “Al-Waraka wal Kalam” show to call for amending the constitutional articles, claiming that they are not holy scriptures.

The two calls on consecutive days raised doubts about the state’s inclination to amend articles in the 2014 constitution. In a Sept. 13, 2015, soeech, Sisi had expressed reservations about some articles, saying, “The constitution was written in goodwill, but good intentions are not enough to govern the state.”

Article 140 of Chapter V, “Ruling System,” in the 2014 constitution states, “The president of the republic is elected for a period of four calendar years, commencing on the day the term of his predecessor ends. The president may only be re-elected once.”

Article 226 states, “Texts pertaining to the re-election of the president of the republic or the principles of freedom and equality stipulated in this constitution may not be amended, unless the amendment brings more guarantees.”

Ever since Sisi made his statement about the 2014 constitution, supporters have been racing to call for the amendments. “We will change the constitution” was the first campaign launched by the Independent Current Coalition, a key pro-Sisi entity. Later on, parliamentary proposals followed to amend some articles, including the ones governing the duration of the presidential term.

But Sisi shut this door while addressing a delegation of intellectuals, as he said that he would not be another pharaoh and that the constitution cannot be meddled with for the sake of the president, as reported by journalist Abdullah al-Sinawi in March 2016.

Member of parliament Ismail Nasreddine had announced in February 2017 that he was collecting signatures to submit a proposal to amend six constitutional articles. The proposal aims, among other things, to extend the presidential term from four to six years.

For his part, Support Egypt Coalition member of parliament Samir al-Kholy told Al-Monitor that members of parliament are entitled to demand the amendment of the constitution, but that this is not currently on the list of priorities of his coalition.

He added, “Some people are focusing on amending the constitution to extend the presidential term to six instead of four years. But the fact of the matter is that many other amendments are needed, such as the law on when citizenship can be withdrawn, the rules regulating universities and the mechanism of dismissing ministers, which require the approval of the parliamentary majority.”

On Jan. 31, the Civil Democratic Movement also called for amending the constitution. Kholy, however, said such proposals “are as dubious as the calls launched before the elections by opponents for boycotting the presidential elections.”

Member of parliament Ghada al-Ajami, the undersecretary of the foreign relations parliamentary committee and a member of the Support Egypt Coalition — a majority parliamentary bloc — defended the calls for amending the constitution. “Any president in the world, not just Sisi, cannot address all issues within four years only. I support extending the presidential term to six years,” she said.

She responded to the criticism by opponents of this step and told Al-Monitor, “Calling for extending the period of the second mandate does not mean that the president will become a pharaoh. We want to continue the development path. This is my personal opinion, but there has been no talk so far within the Support Egypt Coalition about amending the constitution.”

In turn, Hassan Nafaa, an Egyptian academic, argued that calling for extending the presidential term is just a way to check the public’s reaction to Sisi ruling for a longer period, especially after he repeated his commitment to constitutional texts.

Nafaa said “everything is amendable in Egypt.” He said Sisi might walk in the steps of President Anwar Sadat, who amended the 1971 constitution to extend the presidential term to more than eight years.

Nafaa said that if the constitution is not changed, Sisi advocates might take to the streets en masse at the end of his second presidential term to demand that he be allowed to stay in power; Nafaa said Sisi would be in a pickle then if he acted on his followers' demands since he would appear to be a ruler messing with the constitution, widening Egypt's internal opposition.

For Ajami, the president was elected by the people four years ago, and if his presidency is on the line, he will agree to amend the constitution. “Let’s not anticipate events. The step is risky and difficult,” she said. Ajami further added that this is a state affair that cannot be taken lightly. “The president has Egypt and its people’s best interest at heart, and he will consult with his advisers to do what is feasible.”

The talk that has resurfaced about amending the constitution has pushed political groups to launch initiatives to ward off the desires of some of Sisi’s loyalists. The Egyptian Institution to Protect the Constitution is one of these initiatives. Amr Moussa, a former diplomat and chair of the 50-member committee tasked with drafting the 2014 constitution, launched the initiative to raise awareness about the principles and rules of the constitution and the importance of respecting them and proposing ways to implement them.

Moussa condemned calls to amend the constitution. He tweeted in August, “Egypt needs to cement its stability rather than spread tensions. It has to reassert respect for the constitution than doubt it.”

Sinawi, who is also a member of the Egyptian Institution to Protect the Constitution, told Al-Monitor, “Extending the presidential term would harm the legitimacy, and any measure requiring an amendment of a binding text such as the constitution is an ominous measure that Egypt cannot afford.”

Sinawi does not rule out that the latest campaign is only aimed at testing the waters with the Egyptian people before taking any real steps. “Still, the future of democracy and peaceful transfer of power in Egypt are at stake, which means that the fruits of the January 25 Revolution might wither,” he said.