US doubles down on military aid to Lebanon

The Donald Trump administration is providing Lebanon’s army with more than $100 million in upgrades to tanks and attack helicopters. 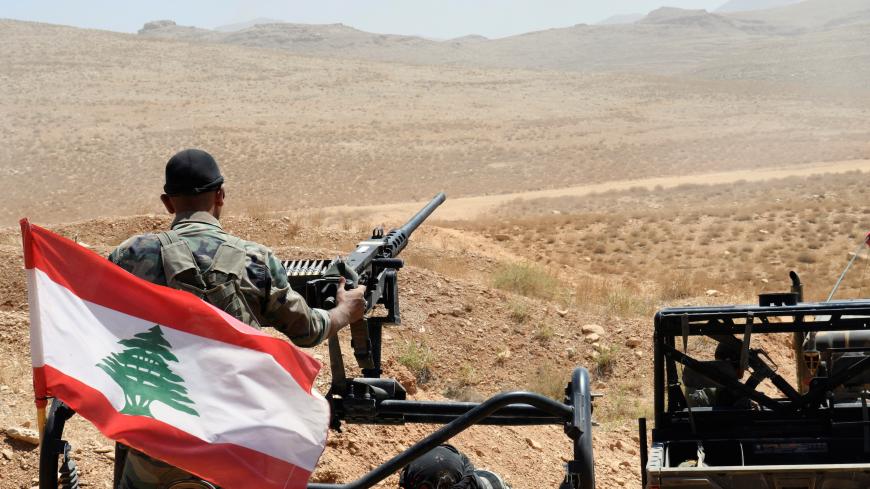 The Donald Trump administration is providing the Lebanese army with more than $100 million in upgrades to tanks and attack helicopters in the latest US effort to stem the influence of Iran-backed Hezbollah.

The package includes training for pilots and maintenance crew on MD-530G light scout attack helicopters provided by the Pentagon last year as well as laser-guided rockets, according to Defense Department records obtained under the Freedom of Information Act by the Security Assistance Monitor. Lebanon will receive the equipment through the Defense Department’s Section 333 program, which helps US partners build their military inventories to fight terrorism and handle border security.

The Pentagon has indicated that the upgrades have long been in the works to help the Lebanese army stem the influence of Iran and Hezbollah as the organization’s activity has spread inside Syria. The package will also include sniper rifles, night-vision devices and mortars for infantry units.

“The Department of Defense (DoD) plans Section 333 security cooperation — including the assistance in question — well in advance according to our plans to strengthen the capabilities of key partners in the region,” Pentagon spokeswoman Rebecca Rebarich told Al-Monitor in a statement. “Strengthening the Lebanese Armed Forces (LAF) advances a range of US interests in the Middle East that includes not only countering the spread of violent extremisms but also stemming the influence of Iran and Hezbollah.”

With al-Qaeda and the Islamic State on the run, top Trump administration officials including national security adviser John Bolton and Secretary of State Mike Pompeo have called for the United States to take a harder line against Iran. But some experts aren’t sure aid to the Lebanese army fits the emerging American policy in the region.

The Pentagon has provided $1.7 billion in US military assistance to Lebanon since 2006, including tanks and attack helicopters sent over last year. Experts say the United States still holds a good record when it comes to keeping track of the equipment, despite the federal Government Accountability Office finding flaws in the State Department’s monitoring efforts in 2014. But it’s not clear that arming the LAF will help mitigate Hezbollah’s influence in the country.

Lawmakers in Lebanon have failed to agree on the formation of a government since elections in May, which saw Hezbollah make gains over Sunni Prime Minister Saad Hariri. Hariri has criticized Hezbollah for impeding the process of forming the Cabinet, which is split by law between the country’s religious blocs.

Iran’s influence has been ascendant in Lebanon since the country faced a brutal 15-year civil war, which ended in 1990. Experts tell Al-Monitor that while US assistance is of limited military significance, only helping on a limited counterterror mission that has little relevance to the nation’s security, it gives the United States some influence at the bargaining table.

While information on Section 333 had long been made widely available through Congress, the Defense Department recently began categorizing the records as “For Official Use Only,” making them more difficult for journalists and members of the public to obtain. During his tenure as secretary of defense, James Mattis sought to limit access to unclassified records and said DoD employees were obligated to report leaks.

Correction: Jan. 4, 2019. This article has been revised to delete an outdated reference to sectarianism within the Lebanese Armed Forces.