US military aid to Lebanon continues amid protests

The Pentagon is not cutting off military aid to Lebanon amid countrywide protests. 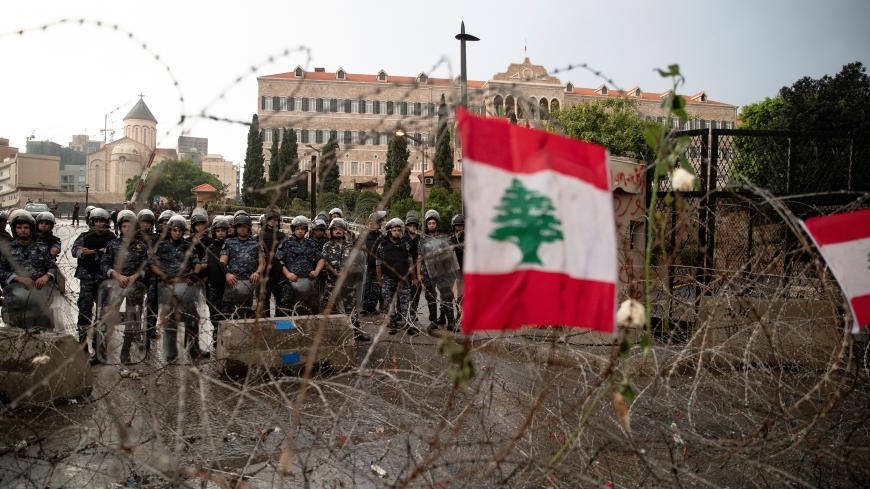 The Defense Department will continue sending military aid to Lebanon, a Pentagon spokesman told Al-Monitor, as nationwide demonstrations sparked by a proposed tax on WhatsApp calls continue. The United States hopes the demonstrations will force major economic reforms in the sectarian-ruled country.

“We are aware of the protests and monitoring the situation closely,” said Cmdr. Sean Robertson, a Pentagon spokesman. “There is no change to [Section] 333 assistance to the [LAF] at this time.”

A State Department official, speaking not for attribution, told Al-Monitor that the agency was also “monitoring the situation” but had nothing further to announce.

Section 333 assistance, which the Pentagon uses to train and equip foreign militaries, has typically been provided to the LAF to deal with the Islamic State and militants in Lebanon’s northeastern border region. The Defense Department has recently begun categorizing these records as “For Official Use Only,” making them more difficult to be seen by the public.

Yet Pentagon aid has continued flowing to Lebanon through a series of recent crises, including Prime Minister Saad Hariri’s surprise resignation during a trip to Saudi Arabia in 2017 that was later reversed. A source in the Lebanese Embassy told Al-Monitor last year that the LAF had never lost a single piece of US military equipment to Hezbollah.

Though the United States has remained mostly mum on the weeklong protests, behind the scenes, the State Department has encouraged economic reforms demanded by the demonstrators that would potentially allow billions in international aid to flow into cash-strapped Lebanon. “We hope these demonstrations will spur Beirut to finally move forward with true economic reform,” another State Department official told al-Hurra on Sunday.

Experts in Washington say that the military aid could give the Trump administration substantial leverage to push for reforms.

“They are already using this leverage to get the Lebanese army to protect these protesters,” said Hanin Ghaddar, a visiting fellow at the Washington Institute for Near East Policy. “They should keep the aid in order to use the leverage to help Lebanon move into the next phase to work on real reforms.”

Despite pressure from the government, the LAF has resisted getting involved in the protests. Meanwhile, Hezbollah, which receives backing from Iran and which the United States deems a terror group, sent members down to street protests in Beirut on Friday to stop chants against its leader, Hassan Nasrallah, the Daily Star reported on Friday.