Trump unfreezes US military aid to Lebanon without explanation

The White House has lifted a hold on $105 million in security assistance to Lebanon. 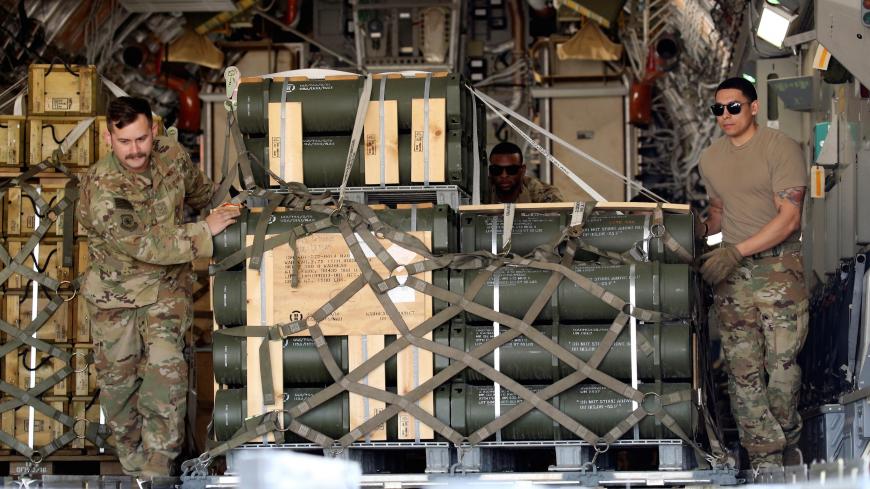 The Donald Trump administration has lifted a hold on $105 million in security assistance to Lebanon after failing to explain the delay in military aid that could date as far back as June.

A congressional committee aide told Al-Monitor that the US administration gave the State Department guidance last Wednesday that it would not announce that the aid would be released, but did not provide a rationale for disbursing the money.

Office of Management and Budget Director Mick Mulvaney had previously failed to respond to inquiries from the House Foreign Affairs Committee about the reasons for the Trump administration’s decision to cut off aid.

Since the aid, known as Foreign Military Financing, supported the Lebanese Armed Forces' purchases of weapons that have to be purchased or built, the freeze did not delay anything that was ready for transfer, the aide added. Reuters was the first outlet to report on the administration's decision to release the hold.

The State Department’s No. 3 official, David Hale, told House investigators as part of the impeachment inquiry into President Trump that the hold may have dated back as far as June. Around the same time, a cadre of Republican lawmakers led by Sen. Ted Cruz, R-Texas, introduced a bill calling for the United States to withhold 20% of US aid to the Lebanese Armed Forces, or LAF, until the military outfit could certify it was taking steps to cut ties with Hezbollah.

Elsewhere in the US administration, officials have insisted that the LAF has stopped Hezbollah’s deeper entrenchment in the country’s divided political life.

The State and Defense departments opposed the move to freeze aid, which was formally made by the Office of Management and Budget but may have originated elsewhere. Those agencies insisted that US military aid helps block the spread of Iran-backed Lebanese Hezbollah’s influence in the country, which has seen most aspects of daily life disrupted by protests over a looming economic crisis sparked by Beirut floating a tax on WhatsApp messages in October.

In the meantime, Pentagon military aid to Lebanon for nearly the same amount has continued to move, allowing the LAF to obtain spare helicopter parts, night-vision goggles, ammunition and explosives.