The Pentagon is using a little-known fund to give a boost to counterterrorism operations throughout the Middle East. 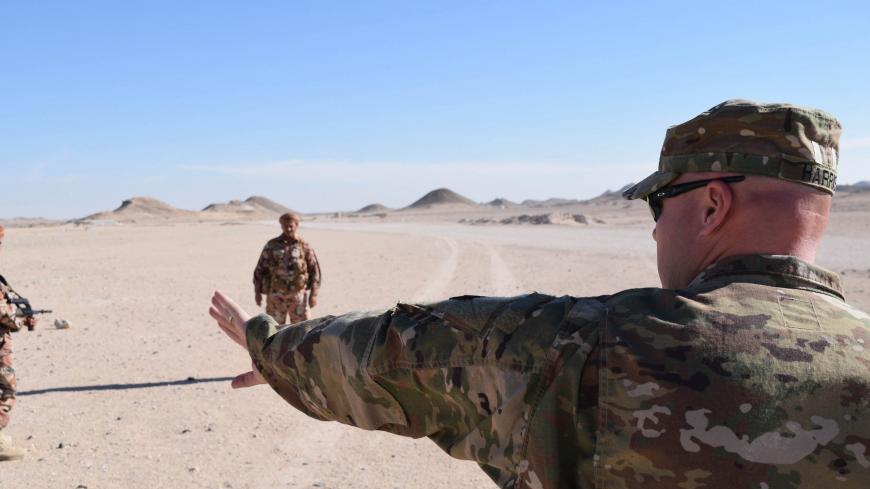 The Donald Trump administration is giving hundreds of millions of dollars worth of weapons to US allies in the Middle East to fight the Islamic State (IS) as the militant group fans out toward Africa from its former safe havens in Iraq and Syria.

Using a little-known US legal authority established by Congress after the attacks of Sept. 11, 2001, the Pentagon is doling out substantial arms packages to build up Jordan's and Lebanon’s air forces to take on terrorists from the air.

The Defense Department is also equipping special forces units in North African nations such as Morocco and Tunisia that face the threat of IS fighters returning to the region.

The money is part of a $600 million global increase in Pentagon security assistance since Trump took office, according to congressional records reviewed by Al-Monitor.

It’s not clear whether the infusion of Pentagon money into foreign militaries represents a policy shift from the Barack Obama administration, which sought to build up local forces, so that the United States can begin to reduce its footprint on the front lines of the terror fight. The new infusion of money into the Pentagon comes as Trump's proposed budget threatens nearly $600 million in cuts to the State Department's foreign military financing program, zeroing out requests for Lebanon and Tunisia, which lawmakers have sought to restore.

“This is a continuation of US policy since [the Sept. 11 attacks] to provide funds for building partner capacity,” said Seth Binder, the program manager for the Center for International Policy's Security Assistance Monitor. “It’s easier to get these funds to partners through [the Defense Department] instead of State.”

The Pentagon money, authorized under Section 333 of the 2016 US defense budget, appears to be used for similar purposes as foreign military financing. The money, which is subject to human rights vetting procedures, could help to deal with returning IS fighters and border threats.

Though US and Jordanian negotiators haven’t gotten any closer to making a deal on a long-term memorandum of understanding for defense after an earlier deal expired this year, the Pentagon OK'd more than $19 million in arms deliveries to Amman in October. The package includes explosive rockets, night vision goggles and M-4 machine guns. The United States also sent nearly $85 million worth of arms to the kingdom in March, including UH-60A helicopters and 105 mm howitzer cannons.

Deliveries approved in October also included a $120 million boost for Lebanon’s air power, including US-made light attack helicopters and high-performance drones, as well as supplying Tunisia with body armor and helicopters and outfitting a special forces unit in Morocco.

The United States also plans to beef up special forces in North Africa as IS migrates away from the battlefield in Iraq and Syria. Using the train-and-equip fund, Tunisia will receive $13 million in body armor and outmoded choppers, while the Pentagon will also outfit a special forces unit in Morocco with more than $18 million in trucks, pistols, rifles and training from US forces to deal with the emerging threat.

Weapons provided by the Trump administration could put Jordan and Lebanon in a stronger position to take the lead in the regional fight against terrorism. Jordan typically receives $1 billion in US foreign aid each year, while the Lebanese Armed Forces have received more than $1.4 billion in US security assistance since 2005, according to US Central Command.

Designed as a fast-acting fund to get lethal support to US allies to fight terrorism during the George W. Bush administration, the Global Train and Equip Fund does not require the Pentagon to run each request for money by Congress on a country-by-country basis. Instead, the Defense Department receives an annual appropriation and notifies lawmakers each time it digs into the fund.

The fund “was going to be a [Pentagon] short-term thing, and after a few years you’d switch to [foreign military financing],” said Dave Des Roches, a former US Army colonel who worked on the fund as a Pentagon civil servant. “As soon as it went out to the bureaucracy, every combatant commander got a little bit of it, and the bureaucracy spread it around.”

The arms deliveries, which have topped $1 billion for Middle East countries over the past three years, are also backed up by a significant US troop presence in these countries, according to figures released by the White House and the Defense Department.

The Trump administration will need boots on the ground to build up local forces to fight terrorism. More than 2,500 US troops are stationed in the countries that benefit from the fund to make sure those weapons are used effectively — and that they do not fall into the wrong hands, including 2,300 American forces in Jordan, and about 100 each in Lebanon and Tunisia.

“This is a fight against a transnational enemy, one that does not respect international borders and does not place geographic limits on their areas of operations,” US Defense Secretary James Mattis said at a Senate hearing in October. “So, necessarily, to defend our country, we must be prepared to swiftly engage this global enemy in conjunction with our allies and partners.”

Two months later, in early December, Mattis attended the Aqaba Conference in Jordan, where Arab and African leaders met to undercut the spread of violent extremism in West Africa.