The Donald Trump administration is outfitting the Lebanese Armed Forces with supply trucks and Humvees. 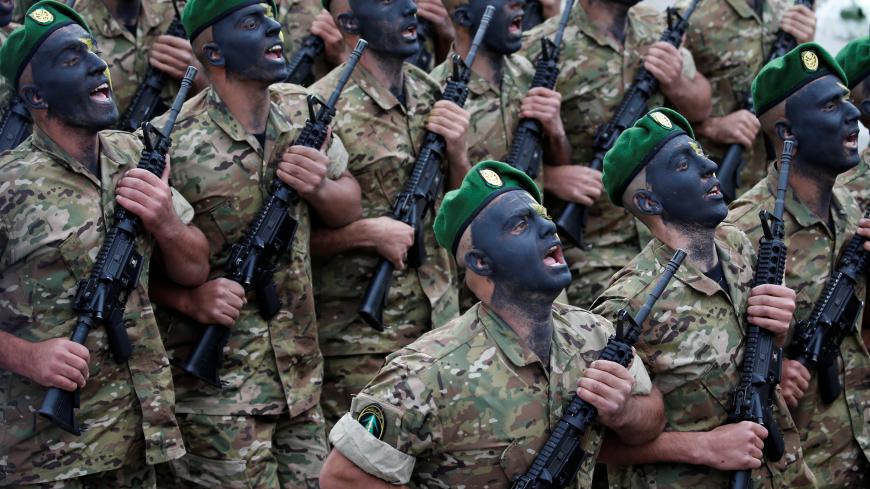 The Donald Trump administration is sending more than $90 million worth of military equipment to help the Lebanese army protect its borders, the latest sign that the United States is sticking by Beirut despite Hezbollah’s growing influence.

The Pentagon notified Congress on April 25 that it would be providing the Lebanese Armed Forces with 7-ton and 2.5-ton trucks as well as US Army Humvees mounted with .50-caliber machine guns, according to documents reviewed by Al-Monitor. The aid package draws from the Pentagon’s $1.4 billion global train-and-equip fund.

The notification was made just a week before the Iran-backed Shiite militia and its allies won more than half the seats in Lebanon’s May 6 parliamentary elections. Despite the Trump administration’s strident rhetoric on Iran and concerns about Hezbollah’s influence on Lebanese state institutions, the US Defense Department remains “committed to supporting Lebanon's sovereignty, stability, security and its state institutions,” Pentagon spokeswoman Rebecca Rebarich told Al-Monitor.

A source in the Embassy of Lebanon confirmed to Al-Monitor that the Lebanese Armed Forces requested the latest equipment, but that the US had to approve the delivery. The State and Defense departments jointly review train-and-equip assistance, with input from regional bureaus, to ensure that US partners can keep track of the weapons. The embassy source also said that the LAF had never lost a single piece of US military equipment to Hezbollah.

The United States has been the biggest foreign bankroller of Lebanon’s army in the past decade, sending more than $1.7 billion to the Lebanese Armed Forces since 2006, according to a State Department fact sheet issued May 11 following last week’s election. Deliveries under the Barack Obama administration included high-tech US weapons, such as Bradley fighting vehicles and night-vision goggles for Lebanese special operations teams.

“Lebanon’s state security institutions, particularly the LAF [Lebanese Armed Forces], have historically served as pillars of stability in a country facing extraordinary challenges,” the fact sheet stated. It added that US assistance for the Lebanese Armed Forces "is a key component of our policy to reinforce Lebanon’s sovereignty and secure its borders, counter internal threats and build up its legitimate state institutions.”

But while the State Department said the Lebanese Armed Forces is getting more capable of sealing off the border since Islamic State fighters surrounded police checkpoints and rampaged through the town of Arsal in 2014, critics warn that the Pentagon hasn’t done enough to contain Hezbollah’s growing power. The House Foreign Affairs Committee is expected to hold a hearing next week to explore the fallout from the recent elections in Lebanon and Iraq, a congressional aide told Al-Monitor.

“The question today is not whether the US should support the Lebanese army or not,” said Hanin Ghaddar, a fellow at The Washington Institute for Near East Policy. “The question is how to use this access that this assistance provides to contain Hezbollah’s control in state institutions. This access hasn’t been used to properly push back; it has only been used to push back against Sunni insurgencies.”

So far, US military aid to Lebanon hasn’t been interrupted by political turmoil, including Prime Minister Saad Hariri’s mysterious resignation during a trip to Saudi Arabia in November. The resignation was later withdrawn. About 100 US special forces troops also assist with Lebanese Armed Forces training in-country.

Yet Trump’s new foreign policy team, including Secretary of State Mike Pompeo and national security adviser John Bolton, have publicly indicated their willingness to push back against the influence of Hezbollah and other Iran-backed proxies. Speaking after Trump’s decision to abandon the Iran nuclear deal last week, Bolton said the White House was “very concerned” about the potential of “Iran extending its influence through Iraq, linking up with the [Bashar al-] Assad regime in Syria and Hezbollah in Lebanon.”

In a 2014 report, the Government Accountability Office, an official watchdog, said that the US Embassy in Beirut had not complied with Pentagon security checklists for military aid to the Lebanese Armed Forces, which critics fear could fall into Hezbollah’s hands. The State Department, however, has expressed confidence in Lebanon’s ability to secure US-provided weapons.

The Lebanese Armed Forces “fully complies” with end-use monitoring requirements, “continues to have an exemplary track record securing and accounting for US government-provided equipment” and “remains a critical partner on the front lines” against the Islamic State and other extremists, a State Department official told Al-Monitor.

Updated: May 16, 2018. This story has been updated with comment from the Lebanese embassy in Washington.