Can the Shin Bet stop hilltop youths' march to Armageddon?

Shin Bet sources admit that they have little means to tamp down the young extremist settlers known as hilltop youth, who carry out violent attacks against Palestinians in the hopes of sparking a conflagration. 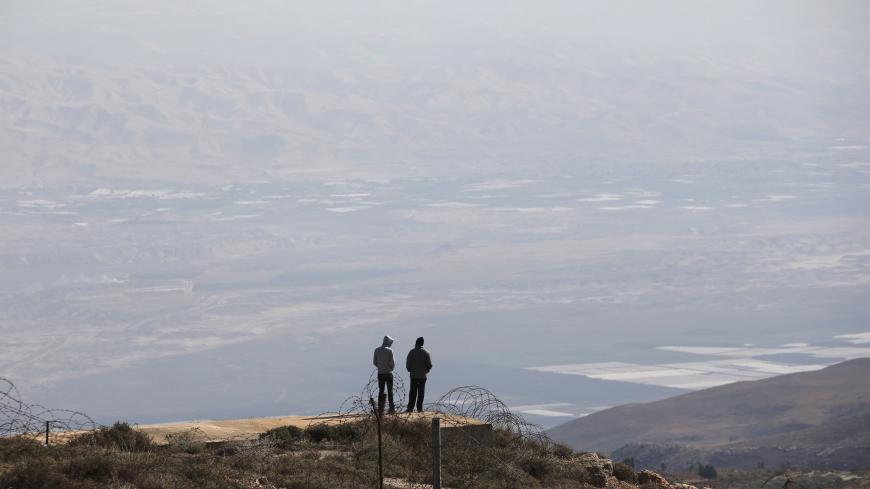 On Jan. 24, Israel filed a charge of manslaughter against a student from the Pri HaAretz yeshiva in the West Bank settlement of Rehelim. The indictment states that on Oct. 12, 2018, the 16-year-old threw a heavy rock at a car driven by a Palestinian family on Highway 60 between the Rehelim and Tapuah intersections. The rock killed Aisha Rabi, a mother of eight.

The investigation into the incident by the Shin Bet and the Nationalist Crimes Unit of the Israel Police lasted more than three months. At the investigation's launch, leaders of the settler movement deemed it a witch hunt and began one of their own with the backing of members of Prime Minister Benjamin Netanyahu’s government. They leveled harsh criticism against the Shin Bet and police, with claims that they had employed brutal tactics against the suspects, who were all minors. No means were considered out of bounds, they said, even alleging that the suspects had been prevented from meeting with their attorneys.

In point of fact, the situation was the opposite.

The real witch hunt was conducted against the Shin Bet, with Netanyahu, the highest authority over the intelligence agency charged with ensuring Israelis’ security, failing to back it. Several days passed before he even mumbled his way through a few words of generic support. Ministers and Knesset members from Netanyahu's party also targeted the Shin Bet and police, in an effort to appease the settlers and win a few more votes in the upcoming Likud primary, in less than two weeks.

Some 98% of all terrorist activity in the West Bank is conducted by Palestinians against Israelis, and 95% of the Shin Bet’s activity is aimed at thwarting attacks and resolving cases. At the same time, the Shin Bet also considers Jewish terrorism to be a serious problem.

“Attacks by Jews against Arabs create tensions on the ground, result in retaliatory attacks by Arabs and could set the whole region on fire,” said a senior source in the Shin Bet speaking to Al-Monitor on the condition of anonymity. “It is our responsibility to do everything we can to prevent them.”

Having solved Rabi’s murder, the Shin Bet released an unusually direct statement on Jan. 24, with observers noting that it included a hint of criticism aimed at Israeli decision-makers. The statement said that the Shin Bet had conducted the investigation while “engaging the heads of the yeshiva and other sources in dialogue, but these activities faced a concerted and ongoing effort by many parties with an interest in thwarting the investigation.” As part of this effort, the Shin Bet said, on a Saturday, one day after the murder, a group of extremist activists drove from the far right-wing settlement of Yitzhar to Rehelim “to brief the boys studying in the yeshiva how to prepare and deal with Shin Bet interrogations.” In other words, Orthodox Jews received special permission to violate the Sabbath, by driving, in order to “save lives.”

The statement also claimed that “interested parties” had tried to interfere in the investigation by slandering and denigrating the security forces conducting it even though the entire investigation was taking place under judicial scrutiny. The Shin Bet determined that Rabi's murder was “an act of terrorism in every sense of the term” and asserted that it treated similar acts conducted by Arab minors in the same way.

The Shin Bet’s statement only reveals the tip of the iceberg of Jewish extremism in the West Bank. The goal of these extremists is to set the region on fire, dragging the Jewish and Arab populations to Armageddon. These so-called hilltop youth consist of several hundred young Jews who are driven by “messianic activism” and who consider the state and its institutions to be an enemy that must be overthrown. In short, they want to topple Israel’s democratic government and replace it with a “kingdom of Halacha,” that is, an entity ruled by Jewish law.

To achieve their goal, the young extremists are striving to create as many violent hotspots as possible to incite a War of Armageddon, which, they believe, will culminate in the Redemption. They do not serve in the Israel Defense Forces, do not recognize the Israeli government, and have no qualms about attacking Israeli security forces. They live a Spartan, semi-military lifestyle, based on how they believe early Jews lived in biblical times. The Shin Bet has been fighting this phenomenon for many years.

“One of the milestones that led to the growth of this movement,” former Shin Bet Director Yoram Cohen told Al-Monitor, “was the [2005] disengagement from Gaza and northern Samaria. These young people, who have an anti-institutional worldview, decided that the settler leadership at the time did not take the fight against the disengagement seriously, so they came up with their own idea of the “price tag” brand, which they used to attack Arab civilians in revenge for Arab terrorism. As soon as they saw that this did not work, they switched to an approach based on inciting religious chaos by burning down churches and mosques, so that ‘good comes from evil.’ Once this tactic failed, they moved on to even more brutal attacks, culminating in throwing the Molotov cocktail that burned a Palestinian family to death in the village of Duma [in retaliation for the shooting death of Malachi Rosenfeld of the Kochav HaShahar settlement by Palestinians]. These young people living in tents and caves decided to avenge his death, so they went to the nearby village, threw a Molotov cocktail and burned a family to death.”

Cohen further stated, “These attacks result in devastating harm being caused directly to their perpetrators, because the Palestinians respond immediately with retaliatory attacks of their own.” The problem is that the hilltop youth have no problem with acts of vengeance, and they receive logistical assistance from a wider circle of thousands of supporters. Their ultimate goal is all-out war pitting everyone against each other.

Meanwhile, the Shin Bet has had a hard time infiltrating their ranks. It is almost impossible to plant agents among them. The extremists are determined and well trained, study the Shin Bet’s methodology in depth and are prepared to sacrifice themselves “as martyrs.” In the case of the Rabi murder, for instance, the Shin Bet used the most sophisticated means imaginable to identify the perpetrator, including staging a big scuffle with Palestinians, who were actually Shin Bet agents. This won the trust of the yeshiva students from Rehelim and led to the breakthrough in the investigation, identification of the minor whose DNA was found on the rock that killed Rabi.

Most worrying is the sense that members of the Israeli political establishment are utterly indifferent as they watch this phenomenon gather momentum and that they are too afraid to take serious measures against these lawbreakers. A senior security source speaking to Al-Monitor on the condition of anonymity more than a year ago warned that the Shin Bet’s ability to discourage the hilltop youth is dissipating.

“They are losing all sense of boundaries and fear,” the source said. “They receive orders banning them from entering the territories, only to go back the next morning. The police are failing to enforce these orders, leaving them to do as they please, and their brashness is growing from moment to moment.”

While the security source did not say as much, everyone in Israel is aware of the fear shared by every leader on the right, both secular and religious — that they could lose the support of settlers, particularly in an election season. The only person who has dared to express an opinion on this phenomenon, and who did so vocally, is former Defense Minister Moshe Ya’alon. He has already been marginalized, paying a steep political price for his views.

One can only hope that Israel's leadership wakes up before these lawless settlers succeed in setting the West Bank on fire.