Qatar wanted to please the United States and help Gaza residents with aid money, but has found itself trapped in a standoff between Hamas and Israel. 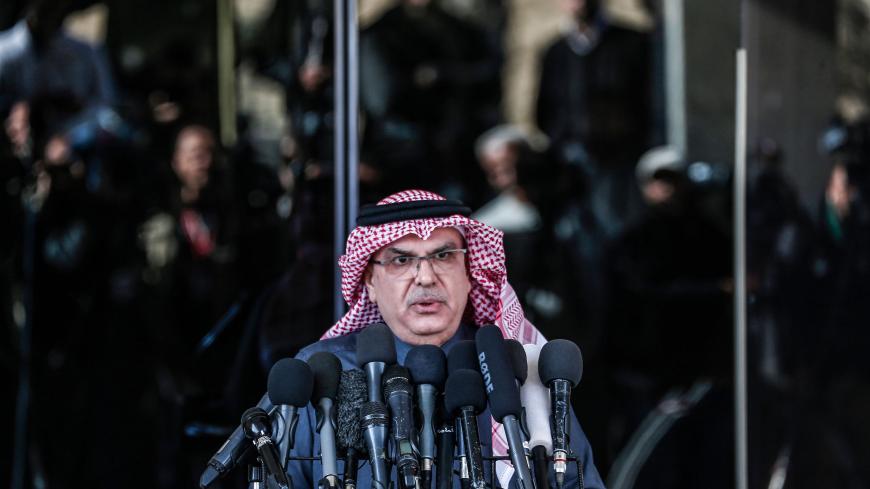 Netanyahu did not in fact require the cabinet’s approval to make the transfer, as its members had already voted in October 2018 for the Qatari proposal to fund the pay of Palestinians employed by the Hamas government for six months. The grant was divided into six installments and the cash began to flow, much to the delight of Hamas and the chagrin of Israeli politicians who harshly attacked Netanyahu. In between the second and third installment, early elections were called in Israel and Netanyahu was worried. What would the opposition say, and would members of his ruling coalition accuse him of paying protection money to a terror organization?

The result was a decision to freeze the third tranche. Netanyahu looked for a way to transfer the money without getting his hands dirty but failed. Meanwhile, pressure was building in the Strip, which is in the throes of a deep humanitarian crisis. Hamas threatened that unless the money went through, it would ramp up the violent border demonstrations against Israel. The pressure worked. Netanyahu gave the OK but got the jitters once again after a Jan. 22 shooting from Gaza into Israel that slightly wounded an IDF officer.

Netanyahu cannot afford to be perceived as giving in to terrorism, certainly not with elections set for April 9. Hamas, under heavy pressure from within the Strip, denied responsibility for the shooting and blamed the Islamic Jihad organization for what it called “a regrettable mishap.” Hamas leaders then dialed up their threats against Israel, which responded with troop re-enforcements on the Gaza border and deployed Iron Dome anti-missile batteries.

Netanyahu caved the next day, convening the security cabinet so he could pass the buck to his ministers. All except Environmental Protection Minister Ze’ev Elkin raised their hands to approve the third installment. Even Education Minister Naftali Bennett, a harsh critic of Netanyahu’s Gaza policy, said nothing of “protection” or “surrender to terror.”

Then came the surprise.

Qatar’s emissary Mohammad Al-Emadi arrived in Gaza on Jan. 24, pleased that he could finally hand over the money, only to be told that Hamas was refusing to accept it. “Don’t do us any favors. Gaza will not become a tool in the Israeli elections,” said Khalil al-Haya, deputy head of Hamas' political bureau. Al-Haya accused Israel of violating its commitment to allow the cash infusion at the beginning of the month and said Hamas did not intend to play Israel’s political games. Al-Emadi was humiliated. After an exhausting shuttle back and forth between Israel and Gaza, he found himself a pawn in power plays and competing interests.

What actually happened here? Hamas leaders apparently realized that waiting each month for a green light from Israel to receive the Qatari money was tremendously harmful to their image. The Strip’s residents had started viewing the Qataris as Gaza’s de facto leaders, looking to Al-Emadi as their savior. Things came to an absurd head when some enterprising residents filmed an amusing parody about the money that failed to arrive.

“Hey, you Qatari, hand over the money quickly, come on, where’s the dollar and the solar?” sings a chorus of men. “Leave me alone,” the “Qatari” answers, and the chorus chimes in: “No, you Qatari, the people are under siege and there is danger. Where are you?” In response, the angry “Qatari” responds, “What, is there no one else except me?”

The ditty was a hit on social media, not only because it makes people laugh, but because it's a faithful rendition of the truth. Gaza has become dependent on Qatari money and any holdup generates anger — not just toward Israel or Hamas, but also at the Qataris for failing to fulfill their promise to help the blockaded enclave. Although Gaza protesters held up signs against Israel this past week, there were also some angry accusations that the Qatari envoy was a “Zionist pawn.”

“The Qataris have realized that whatever they do, they’re in trouble,” an Israeli security official told Al-Monitor on condition of anonymity. The envoy, said the official, is thinking six months ahead to when the funds alloted for Gaza run out and Hamas has to find new income. “What then? Whom will they blame? Against whom will they protest? Qatar, of course,” said the source.

The Qatari grant was intended to ease the crisis in the Strip until a long-term cease-fire arrangement could be achieved between Israel and Hamas. Qatar’s largesse was prompted by a desire to please the Americans, and President Donald Trump’s Middle East envoy Jason Greenblatt was grateful indeed. During the fuel crisis in Gaza in October 2018, when Qatar paid for 200 tons of fuel to prevent the shutdown of the power station, Greenblatt tweeted, “The US appreciates the efforts of the UN, Egypt, Qatar and Israel to alleviate the humanitarian situation in Gaza.” Last February, Greenblatt tweeted, “Qatar partnering with Israel can bring real relief to the people of Gaza.”

Qatar, under sanctions by most Sunni Arab states, which accuse its emir of encouraging terrorism, had no choice but to rise to the challenge. Aid for Gaza and a few brownie points with Trump, two birds with one stone. The aid, however, soon turned into a double-edged sword. Hamas is threatening to ramp up its anti-Israeli protests on the Gaza border unless it gets the money. Israel, on the other hand, is threatening that unless the border is calm, it will withhold the Qatari funds.

How can Qatar emerge unblemished from this predicament?

A few hours after Hamas stated that it won’t accept the money, the Qatari emissary convened a press conference in Gaza, announcing that after discussions Hamas agreed for the Qatar funds to be transferred to the Strip via the UN. These funds will serve humanitarian causes, like helping needy families and creating employment opportunities.

But how long will it take to create employment, and who will pay the salaries of Gaza's civil servants? These questions remain for the moment unanswered. Another parody could be now produced in Gaza along the following lines: “You want quiet? Bring the dollars back to us.”