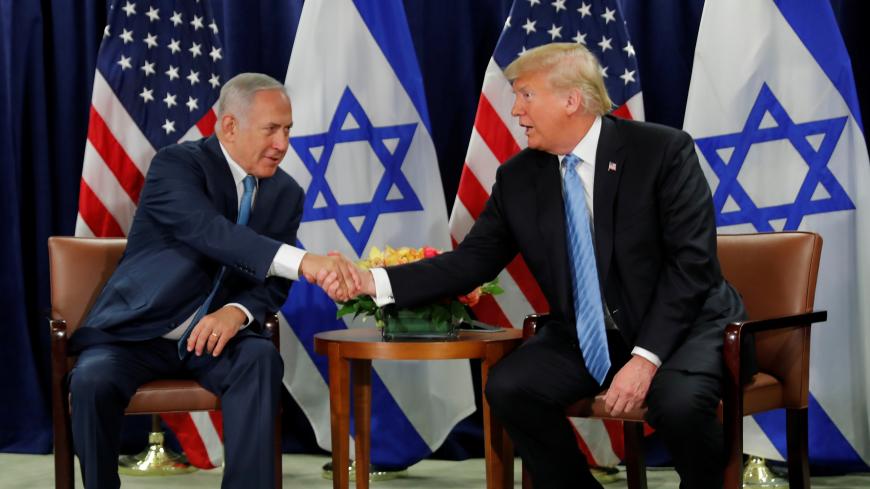 In two weeks’ time, that is less than two months prior to Israel’s April 9 elections, the Likud Party led by Prime Minister Benjamin Netanyahu can expect a rating-boosting campaign contribution. On Feb. 13, Netanyahu’s friends in Washington and Warsaw are convening an international conference on “peace and security in the Middle East,” to which 70 world leaders, including from Arab countries, have been invited. Unsurprisingly, Israel’s prime minister has decided to accept the American-Polish invitation. In fact, behind the seemingly bland conference title — "Ministerial to Promote a Future of Peace and Security in the Middle East" — hides Netanyahu’s magic word, which is also the key word of his re-election campaign: Iran. The magical qualities of the word are a proven fact: Reports about an Israeli air force bombing of Iranian positions in Syria push aside the latest news item about new evidence of Netanyahu’s alleged involvement in bribery.

From Netanyahu’s point of view, one photo-op with Arab leaders at the anti-Iran conference is worth tens of thousands of words about how Israel is missing the opportunity of the 2002 Arab Peace Initiative, a road map that offers it an opportunity to rid itself of the occupation and to isolate radical Islamist forces led by Iran and Hezbollah. One photo showing an Israeli Iron Dome missile intercepting a missile fired from Syria in the skies over Mount Hermon (near the Syrian border) is stronger than a thousand words about the constant threat hanging over the heads of Gaza border area residents from Hamas-fired rockets. In an election season, when the candidate for prime minister (Netanyahu) is also the minister of defense, the value of such photos is even greater.

Netanyahu claims that the attorney general’s apparent intention to indict him on criminal charges, pending a pre-indictment hearing, before the elections is not “fair play.” Is his recent decision to lift the veil of ambiguity from Israel’s attacks on Syria for the sake of dangerous bragging “fair play”? Some would argue that it is inconceivable for short-term, personal-political considerations to be behind the latest escalation of the conflict on Israel’s northern front — considerations that run counter to Israel’s strategic interests. Nonetheless, it is quite conceivable. And there are even several examples.

On Sept. 13, 2018, Netanyahu received from the Russians a blueprint for a US-Russia deal on the Iran-Syria issue. The diplomatic affairs correspondent of Channel 10 News, Barak Ravid, reported Dec. 20 that in a document conveyed by Russian President Vladimir Putin’s national security adviser to his Israeli counterpart, Meir Ben-Shabbat, Russia committed to the departure of Iranian and pro-Iranian forces from Syria. In return, it asked that US President Donald Trump suspend plans to tighten sanctions on Iran and launch a dialogue with Moscow about the Iranian issue. Russia also demanded that the United States pull its forces out of Syria, a move that Trump announced unilaterally last month, robbing the United States and Israel of an important bargaining chip with Russia and Iran.

At a closed-door meeting of the Knesset’s Foreign Affairs and Defense Committee, Netanyahu confirmed the existence of the Russian offer. At the end of December, three Knesset members — head of the Yesh Atid Party’s Knesset faction Ofer Shelah; Merav Michaeli, who was at the time the head of the Zionist Camp faction; and Omer Bar-Lev of the Zionist Camp — asked that Netanyahu respond to questions about the Russian offer.

Michaeli told Al-Monitor this week that Netanyahu had not given any account of his decision to reject the proposed agreement with Russia and the United States on an Iranian pullout from Syria. “Despite the threat of war, Netanyahu refused to let diplomatic efforts play out,” she said. On Netanyahu’s watch, Michaeli added, Iran positioned itself along Israel’s borders, and the United States left it to fend for itself. “In this too, Netanyahu is a danger to Israel’s security,” she added.

On Jan. 25, Russia’s Deputy Foreign Minister Sergei Ryabkov hinted that the offer was still on the table. Speaking on CNN after a wave of Israeli attacks on Iranian targets in Syria, the senior Russian official said Moscow was fully cognizant of the steps required to ensure Israel’s security. Ryabkov also disagreed with the characterization of his country as an ally of Iran.

At the same time, Russia’s UN Ambassador Vassily Nebenzia explained that his country’s decision to sit out the Warsaw conference stemmed from the absence of the Israeli-Palestinian conflict on its agenda. At a Jan. 22 session of the UN Security Council, Nebenzia said, "Attempts to create some kind of military alliances in the region by holding conferences and focusing on having a simplified unilateral approach that is clearly linked just to Iran are counterproductive." He was obviously referring to inane Jan. 11 comments by US Secretary of State Mike Pompeo on the goal of the conference — to deal with stability, freedom, peace and security in the Middle East — to which the top US diplomat added, “And that includes an important element of making sure that Iran is not a destabilizing influence." Not a word about the Israeli-Palestinian conflict.

Will representatives of Arab Sunni states, with Saudi Arabia at their head, pose for photos at a conference on “peace and security in the Middle East” that ignores the dying Israeli-Palestinian peace process? Will regional leaders agree to serve as extras in the Likud Party’s campaign propaganda “Only Netanyahu can beat Iran”? Or as Iranian Foreign Minister Mohammad Javad Zarif said, will they agree to feature in “a desperate circus”?

On the other hand, publicly abandoning the Palestinian issue plays into the hands of the Iranian zealots and their Jewish twins. The Iranians will not miss an opportunity to portray the Sunni leaders in their worthlessness. The Israeli hard-liners will rush to paste the photos from Warsaw in the official photo albums of Netanyahu’s recent visits to the Muslim capitals of Oman and Chad.

A group photo of the conference participants will not promote peace or security in the Middle East. These goals are unattainable with a leader (Netanyahu) more terrified of a peace plan than of a missile war and more scared of doing jail time than of civil war breaking out in his country.