Israel’s Attorney General Avichai Mandelblit is grasping for advice on how his decision on indicting Prime Minister Benjamin Netanyahu could affect the early elections in April. 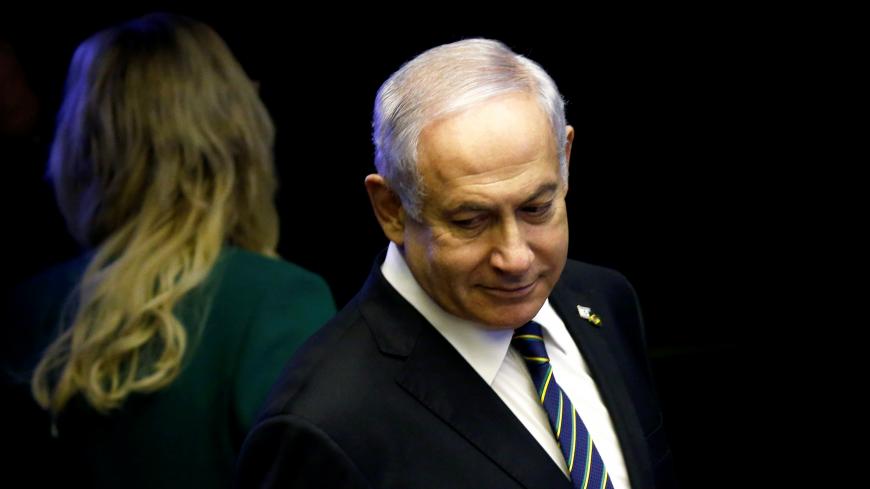 The next station of the Israeli attorney general’s Via Dolorosa is the second to last. Avichai Mandelblit is supposed to announce if he will close the investigations into Prime Minister Benjamin Netanyahu or put him on trial for one or all of the charges. Sitting on the attorney general’s desk are three police recommendations to try Netanyahu for bribery. This decision will be almost final, since it is subject to a hearing to which Netanyahu will be invited and in which the prime minister and his attorneys will try to convince the attorney general to close the files.

The timing is critical, only a few weeks before elections now scheduled for April 9. It's no wonder Mandelblit is searching high and low for salvation. On Jan. 1, Channel 2 reported that Mandelblit met with a forum that included former attorneys general and state's attorneys to draw on their experience before making a decision. Among his concerns are: Is it appropriate to publicize an important decision like this, before general elections? Would it be viewed as crass political interference, or is perhaps the opposite true? Not to announce something that everyone already knows could be a form of interference too. One way or the other, the situation has turned the April 9 election into one of the most important votes in Israeli history because of its explosive implications.

As expected, Netanyahu and his adherents did nothing to make the attorney general’s life easier. The prime minister, who understands Mandelblit’s internal conflict, convened a press conference in Brazil Dec. 31 and made a shocking announcement: “I won’t resign" if there is an indictment, he said, adding, "I believe that nothing will come of all this. I haven’t changed my mind. … The law does not require that a prime minister resign during the process of a hearing. The hearing doesn’t end until my side is heard. And therefore, it is not logical to open a hearing process before the elections if you can’t finish it before the elections. It is undemocratic.”

The prime minister's target audience was obviously one person: Mandelblit. Netanyahu’s argument does have a certain logic. A hearing could reverse the attorney general’s decision, but it will only take place after the elections. Thus, it is possible that Mandelblit’s announcement could inflict political harm on Netanyahu. For a long time, Netanyahu did not believe that the attorney general, who until recently was the government secretary and one of the prime minister’s close associates, would dare indict him. These words show us that not only Mandelblit, but Netanyahu, too, was forced to cross the Rubicon. The way things look now, there is a reasonable chance that he will drown in it. Netanyahu’s polemics and body language show that he has started to internalize the bad news that Mandelblit is likely to indict him.

Under the circumstances, Netanyahu is waging a desperate battle to postpone the decree. The first step was to hold elections as early as possible, and now Netanyahu is trying to make sure that the attorney general’s decision will be publicized afterward and not before.

Netanyahu’s chances of success with this strategy are unclear. All signs suggest that the attorney general is close to deciding to publicize his conclusions before the Israeli voters head to the polling booth. Yet on the other hand, everything is subject to the possibility that Mandelblit will ask for more clarification, more investigation. It could serve as Mandelblit’s refuge, as has happened more than once before. The question is whether the attorney general will be sufficiently determined to make his decision at the proper time, disseminate it and then ignore all the background noise.

Mandelblit’s close associates swear that he does not fear anyone. State Attorney Shai Nitzan, number two in the juridical system, loudly commented at the Dec. 31 Calcalist Conference that the attorney general and himself “fear no man” and that they will do everything they can to come to a conclusion as quickly as possible. Nitzan’s words, like his previous speech that led to early elections, evidently shook up Netanyahu’s people. The old mantra of “there will be nothing because there is nothing” is gone, and the prime minister has retreated to an alternative defense: an attempt to buy time.

Despite everything written above, it is not at all clear that the decision to put Netanyahu on trial before elections would actually harm Netanyahu. It could do the opposite. “I believe that such a decision would be viewed by the public as coarse interference in the democratic process,” a high-placed Likud Knesset member in Netanyahu’s inner circles told Al-Monitor on condition of anonymity. “People will race to the poll booths to save Netanyahu. Many believe that he’s been wronged and publication of such a decision before the election will make them furious enough to rally around the flag.”

This assessment is based on the precedent set by Shas leader Aryeh Deri in 1999. A district court had convicted Deri of bribery and fraud two months before elections. Nonetheless, Deri ran for Shas and it led this ultra-Orthodox party to an unprecedented achievement of 17 mandates. The Likud is hoping for the same outcome.

Another option exists. A senior legal contact told Al-Monitor on condition of anonymity, “One does not hold back such a decision, and the public has the right to know the results of the investigations against the prime minister before they go to vote. Anyone who tries to delay such a decision for unworthy reasons is not worthy of his position,” he emphasized.

The question that is being asked in political circles, even among parties other than the Likud, is the effect of publicizing such a decision before the elections. “It’s not certain that everyone will run to the polls to vote for Netanyahu,” a senior source in the opposition told Al-Monitor on condition of anonymity. “The Israeli public isn’t stupid. They don’t really believe that Mandelblit and [just-resigned police commissioner] Roni Alsheich got together to plot Netanyahu’s downfall. If the decision is to indict him, people will understand that Netanyahu has passed his expiration date. His power at the poll booths will be weakened.”

We will know the answer in next hundred days, a period that may prove fateful for Israeli democracy.