Why Netanyahu’s hearing should be streamed live

Maximum transparency, even such exceptional measures as filming the pre-indictment hearing of Prime Minister Benjamin Netanyahu, could help restore trust in the legal system. 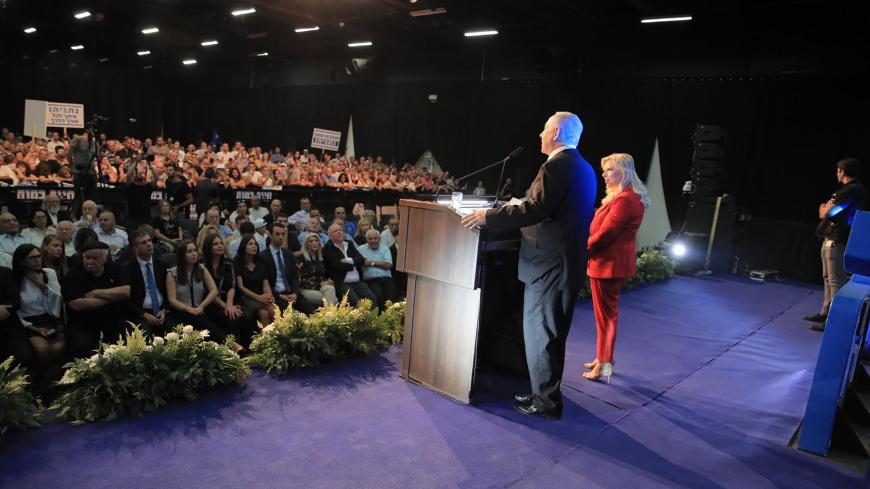 Attorney General Avichai Mandelblit had a scathing response to Prime Minister Benjamin Netanyahu’s request that the hearing in his criminal cases be broadcast live, calling the idea “futile.” He was right in taking Netanyahu’s request as little more than a message of defiance for the media's benefit. Putting that aside, however, it could be in the attorney general’s interest to conduct the legal process against the prime minister with maximum transparency.

Netanyahu explained his reasoning in a video posted as he made his request. “After three years of a deluge of biased, partial leaks, the time has come for the public to hear everything, including my side, in a complete and full manner. … Not only do I have nothing to hide, I want everything to be heard,” he said, adding that a live broadcast was “how we can ensure justice and truth.”

The attorney general’s sharp response only served Netanyahu’s interests. It provided backing to his claim that he is being subjected to a kangaroo court as part of a larger effort to remove him from power. “The attorney general’s decision is disappointing,” his office responded, going on to accuse the attorney general’s office of being behind hundreds of leaks. “All of this produces a field trial for the prime minister, which is unbearable in democracy, and so it was appropriate to remedy the situation by opening the doors of the hearing to the general public," added Netanyahu’s office.

Anyone who makes light of these feelings fails to understand their intensity. As the legal proceedings against Netanyahu gain steam and he is indicted, the Likud and the right will only argue more vociferously that the prime minister is the victim of a political hit job and a legal putsch.

These claims are not limited to fringe elements and are voiced by journalists and opinion-makers on the right and by top Likud officials. Communications Minister David Amsalem, who has been spent the last few days comparing Netanyahu to Alfred Dreyfus. In interviews he’s been giving to the media, Amsalem argues that three ridiculously false cases were cobbled together against the prime minister. He might be the most outspoken of Netanyahu’s defenders, but he is certainly not the only one. The feeling that Netanyahu is the victim of an undemocratic coup has been bubbling up for a while now, fed by Netanyahu himself, along with the sentiment that it is now incumbent on the attorney general’s office to respond accordingly. Increasing transparency during the hearing could help to reduce distrust in the legal system that is not limited to the right. It is pervasive, as opinion polls from the last few years show.

The show of support for Netanyahu at the traditional New Year’s toast at Exhibition Park on the evening of Sept. 26 was intended to signal the political and legal systems that the prime minister has the backing of a huge group of supporters. Netanyahu wanted to prove to the Blue and White Party that there is no risk of his deposition by the Likud. All the party’s leaders and core members — including mayors and prominent party activists — stood beside him. At the climax of his speech, he turned to his audience and asked, “Will you let them dismantle the Likud? Will you let them depose the chairman of the Likud?” The crowd responded with a resounding “No!”

The ministers got the message. Anyone who comes out against Netanyahu would only be hurting himself. At the same time, Netanyahu was letting the attorney general’s office know that he has more than a million people behind him. They voted for the Likud with him as the party’s leader, fully aware of his legal situation, meaning that any indictments will have public implications.

Netanyahu’s hearing is scheduled to begin Oct. 2 and expected to last two days. His lawyers will arrive at Mandelblit’s office to present their arguments in three cases. Mandelblit will then have to decide whether to keep the charges as they are or to reduce them.

The legal proceedings' concurrence with the ongoing political drama only increases interest in the hearing. While President Reuven Rivlin gave Netanyahu a mandate to form the next government, he will most likely fail. The possibility of a third round of elections is looking more likely by the day. Should that happen, Netanyahu will face the next round of elections with a noose tightening around his neck.

Which is why Netanyahu is making the legal proceedings a public affair. He is sending the message that they are not just about him but also the masses of Likud voters. Netanyahu planted the seeds for this defense at the start of the investigations, when he claimed that he was being persecuted by the media. He made it through the last election even though the attorney general announced in the middle of the campaign that he would be indicting the prime minister on charges of bribery. Still the Likud won 35 seats.

While he failed to repeat his achievement of last April and did not get a majority coalition of 61 seats, Netanyahu’s position remained stable with 32 seats, despite all his troubles.

Now Netanyahu is fighting another, much more difficult battle. He is being boycotted by the center-left parties, meaning that he is unable to put together a government. Nevertheless, he refuses to surrender. Instead, he continues to act with full confidence, as though nothing were threatening him. He is avoiding his political downfall with the help of his supporters in the Likud, who believe that he is the victim of a grave injustice.

Netanyahu is relaying the message that he is prepared to fight in court. Should no plea deal be reached, the ensuing trial will be tense. Netanyahu has managed to convince the masses that the investigations into his affairs were intended to bring down the right-wing government. If it helps to mitigate these ideas, maybe filming the hearing is in the interest of the legal system. Otherwise, public trust in the system will continue to erode.