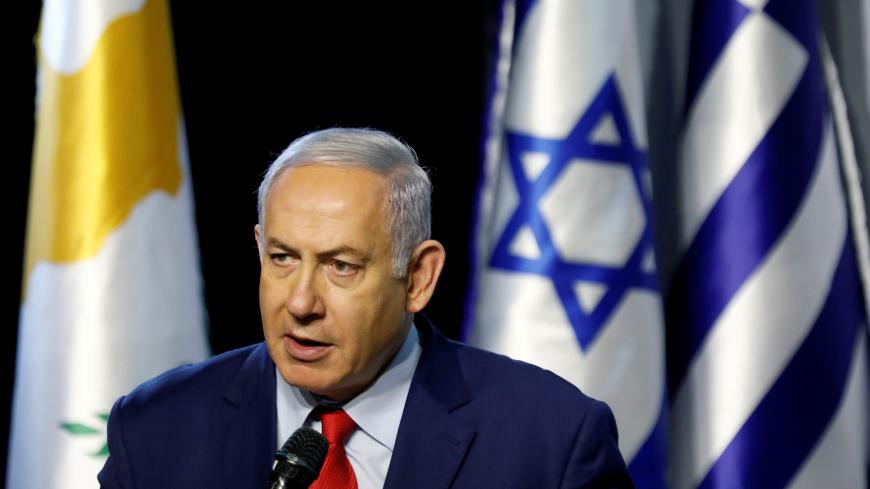 The decision to hold early elections in Israel is intended to turn the event into a national referendum on Prime Minister Benjamin Netanyahu in his last, desperate battle to replace the criminal trial that evidently awaits him with a trial by public opinion.

The Likud plan is to focus the campaign on the investigations, convince the electorate that Netanyahu is being framed and win a stunning electoral victory that should protect Netanyahu from Attorney General Avichai Mandelblit while the latter is deciding the fate of the prime minister.

Much like the 2015 elections, Netanyahu himself will run the campaign, sharing his strategies only with family members and a handful of associates (most of his other favorites are either under suspicion or have turned state’s witness against him). He will focus the campaign on one message: his own innocence.

Not everyone in the Likud is happy that the ruling party is being used to shield the prime minister. Many Likud seniors are not convinced that coming down against the police and state prosecutors, the country’s gatekeepers and regulators, is the best strategy. They would rather focus on the government’s achievements in the spheres of security, economics and foreign policy. The problem is that besides weak criticism from Gideon Sa’ar, the former minister reviled by Netanyahu’s associates, all the rest in the Likud are following the party line. Twenty-nine Likud lawmakers and several other politicians are keeping unprecedentedly low profiles and avoiding confrontation with the Netanyahu family.

Israel has never gone to elections with so many crucial questions still open. Former Prime Minister Ehud Barak says that the upcoming vote is the most important since that following the 1995 assassination of Prime Minister Yitzhak Rabin.

Though the date is set for April 9, 2019, there is still no organized list of candidates. No one knows who will lead the Zionist Camp list. Will it be current chair Avi Gabbay, or will we witness another political big bang that will push a highly regarded general such as former IDF chief Benny Gantz to the top of the list? Will Gantz create a new party as he planned, or because time is pressing, will he instead join an existing one such as the Zionist Camp or Yair Lapid’s Yesh Atid? Will there be new constellations and mergers in the center-left bloc?

On Dec. 25, opposition leader Tzipi Livni again called for the center-left bloc to unite and revolt. Could such a plan succeed? Will Gabbay, Lapid, Gantz, Livni, Barak and perhaps even former IDF chief Gabi Ashkenazi and others agree to square the circle, put their egos on hold and fight for the good of the state rather than for themselves?

What are the chances of a major upset on the right? Will Netanyahu throw together an emergency plan in response to a potential center-left unification? Will he try to unify the Likud, Yisrael Beitenu and even HaBayit HaYehudi on one list, offering them parties guaranteed spots on the Knesset list, ensuring Netanyahu’s victory even against a unified leftist coalition? Will the ultra-Orthodox Yahadut HaTorah split into two parties? Will there be a historic reconciliation in Shas between current chair Aryeh Deri and former head Eli Yishai?

Of course, the ultimate question is what Mandelblit will do. He has become a tragic figure of this election campaign. Netanyahu’s fate and Israel’s future rest in his hands, bound up in files bursting with evidence and testimonies that are ticking on his desk like a bomb. Mandelblit has already begun final discussions on whether to put Netanyahu on trial and for which crimes. Mandelblit originally intended to finish up by February or March 2019, but everything collapsed on Dec. 23.

Publishing Mandelblit’s decision on the eve of elections could be viewed as political interference. Legally, it is possible, perhaps even advisable — better that the Israelis go to the voting booths knowing the legal system's conclusions regarding their leader. But the choice is a heavy weight for the attorney general to bear and the responsibility on his shoulders is huge. Mandelblit will not want to be perceived as swaying the election.

The decision was made over the weekend. State Attorney Shai Nitzan had jump-started the process when he spoke at a Globes convention Dec. 19 and revealed that the state prosecution was already holding intensive discussions regarding a final decision on Netanyahu. Netanyahu had been convinced that he had several months left. He thought that the discussion process had not even started, let alone been completed and transferred to Mandelblit for the final ruling. Suddenly the prime minister realized that the process was winding down.

Netanyahu realized that time was running out on his political life. On that same evening, it was leaked that the entire state prosecution, including Nitzan himself, were united on the bribery indictment recommendation. Now only Mandelblit remains, and he's made it clear that everything will happen quickly.

Netanyahu took the cue. Almost overnight, the northern security threat that Netanyahu had used to avert early elections only a few weeks ago is “almost entirely behind us.” The same person who had spoken grimly Nov. 18 about the “complex security situation” and the need for self-sacrifice shifted nimbly into the next spin. According to Netanyahu on Sunday, the Hezbollah tunnel threat has been removed, so now it’s time for elections. The coalition offered no resistance. Former Defense Minister Avigdor Liberman already resigned and Finance Minister Moshe Kahlon and Education Minister Naftali Bennett both want elections, so the decision was unanimous.

At this stage, there are numerous unknown variables. No one knows yet who is against whom, what is on the agenda and what the campaign will look like. But most people believe that it will be violent, coarse and full of fake news, slander and invectives, as befits the social network traditions of bots and riots. The last US presidential campaign inspired Netanyahu, so let all the good people beware.

But the really decisive issue is the timing: Will Mandelblit make and publicize his decision before the election, perhaps in February, or postpone it? Will Netanyahu win and assemble a coalition government before being indicted, or will the indictment decision be made before the balloting? How will all this drama affect the voters? We will soon find out.