Iranian authorities have promised to probe torture claims by a union leader who was detained following worker protests at a crisis-hit factory. 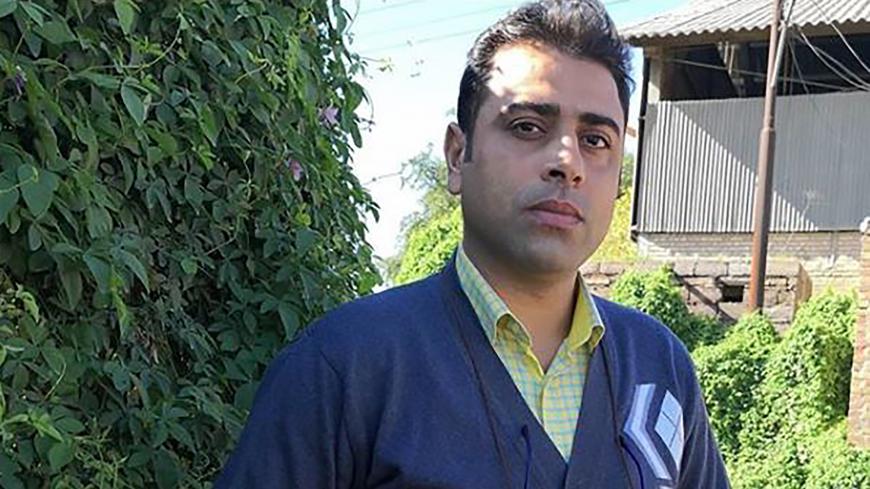 Iranian union leader Esmail Bakhshi is shown in an Instagram post he uploaded, in which he described how he was tortured while in detention, on Jan. 4, 2019. - Instagram/smaeil.bakhshi

"Two months on, I still feel the pain in my ribs, kidneys, testicles and my left ear … but even worse was the mental torture … I was humiliated and morphed into another person. Even neuro pills do not work anymore and I keep suffering from severe seizures," wrote activist Esmail Bakhshi on his Instagram account. Bakhshi was a union leader and worker at a sugarcane factory in Iran's southwestern town of Shush, which was rocked with protests and strikes last year in response to months of delayed wages.

He was released from detention Dec. 12, after being held for several weeks on national security charges. In the same Instagram post, Bakhshi complained that intelligence officers wiretapped his phone long before he was arrested, listening in on private conversations between him and his wife.

His public testimony on the torture he endured in detention has shocked Iranians, triggering widespread reactions across the political spectrum. Now, he has openly challenged Iran's intelligence minister to a live televised debate.

In response to the backlash, Iran's judiciary dispatched a special team to the town of Shush to investigate the torture claims. President Hassan Rouhani has also directed officials to probe "the violence" in a "speedy and precise" manner.

Bakhshi's statements were also heard by lawmakers. Deputy parliamentary speaker Ali Motahari, known for his forthright and pro-reform stances, described the situation as a disgrace upon Iranian intelligence officials. Parliament's National Security and Foreign Policy Commission convened to discuss the matter. A member of the commission suggested that Bakhshi might attend a meeting where he could face senior intelligence officials, whose colleagues he accused of mistreatment. Following the Jan. 8 session, a spokesman for the commission said ministry officials denied Bakhshi was tortured during the period he was held by the Intelligence Ministry.

While a majority of Reformist papers insist that authorities should heed Bakhshi's complaint and investigate allegations of torture, Kayhan — a hard-line paper close to the office of the supreme leader — rushed to judgment. In a satirical column, the paper dismissed the claims and even made fun of them, asking why Bakhshi waited until weeks after his release to come out with claims of torture.

Activists argue that torture is no novelty in the Islamic Republic and that the practice has been employed for decades as a tool to pressure critics and break political prisoners' morale. Article 38 of the Iranian Constitution, however, bans torture, making it clear that any confessions given under duress remain legally invalid. Still, Iran has yet to become a signatory to the UN convention against torture.

"Even if half of the words by Esmail Bakhshi were true, the question is still why he was tortured like that," tweeted political scientist Sadegh Zibakalam, a moderate. "He was not facing espionage, nor was he linked to foreigners or a member of terror groups to justify the torture." Zibakalam's suggestion that detainees facing espionage or terror charges deserve torture sparked a barrage of furious comments by users who said the pro-reform analyst was approving of torture in principle.

Bakhshi's post encouraged many others with similar experiences to speak out. "I was tortured, too," has become a trend on social media, where people retell their stories about alleged mistreatment during detention.

Masoud Alizadeh spent time at the notorious but currently abandoned Kahrizak detention center, south of Tehran. The facility is where hundreds of detained protesters in the wake of the country's 2009 disputed presidential election were tortured. At least three prisoners died there.

Alizadeh has now shared horrific details of one Kahrizak night, when he was hung upside down and beaten for 20 minutes nonstop along with two other prisoners. "I was bleeding … I couldn’t believe it. But it was true. All my pains and cries were true … it was nothing but real death. I couldn’t help nightmares …"