Iran angles for prisoner swap deal with US

Iran has sent yet another signal of readiness for a prisoner swap deal with the United States, one that could see several inmates released on both sides. 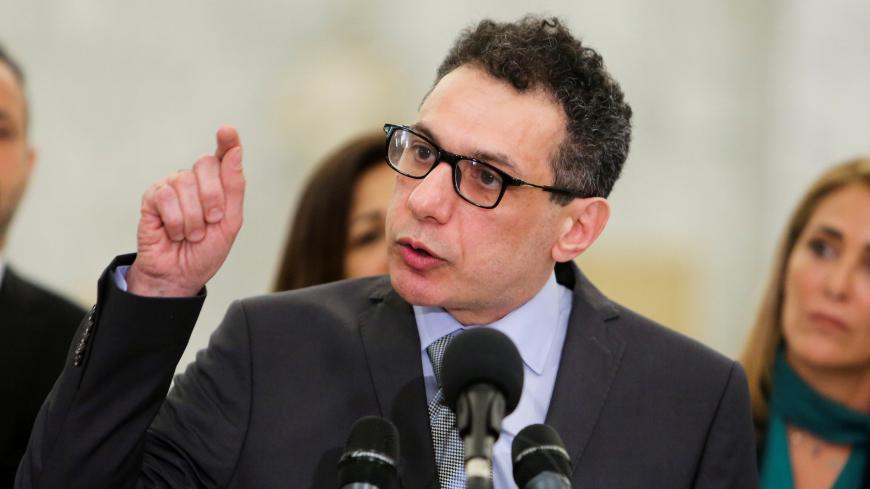 Freed Lebanese businessman Nizar Zakka, who had been detained in Iran since 2015, gestures during a news conference at the Presidential Palace in Baabda, Lebanon, June 11, 2019. - REUTERS/Aziz Taher

Iran's Foreign Ministry spokesman Abbas Mousavi announced that Tehran has submitted to Washington a list of Iranian nationals held in US prisons, calling for their return home. "If there is a will [on the American side], we are hoping for the release of those individuals," he told reporters at an Oct. 21 press briefing in Tehran.

According to Mousavi, there are currently 20 Iranians serving time in the United States relating to the circumvention of US sanctions against Iran. Those charges, the Iranian spokesman dismissed as "baseless," describing the detentions as "hostage taking." Mousavi also noted that Iran has officially protested to the governments that have accepted US extradition requests.

Mousavi did not specify those governments. But most recently, Australian authorities handed over Iranian national Negar Ghodskani to the United States over violating American sanctions on the exportation of electronics to Iran. Ghodskani had already spent 27 months in Australian custody. The period was equal to the jail term a Minnesota court handed to her. She was thus ordered released and deported back to Iran in late September, a few weeks after landing in the United States.

Among the 20 Iranians detained in the United States, the one name that has grabbed the biggest media attention is Masoud Soleimani, a prominent stem cell researcher and university professor who has been incarcerated in Atlanta since last October after attending a scientific event in Chicago. Soleimani is accused of attempting to "smuggle" to Iran chemicals known as "growth factors" employed in medical research.

In Soleimani's case, Iran's Foreign Minister Mohammad Javad Zarif said Oct. 21 that he is looking forward to hearing "good news" soon. The Iranian top diplomat did not elaborate further. Back in April, at an Asia Society discussion panel in New York, Zarif proposed a prisoner swap deal with the United States, one which many expected to serve as a step toward de-escalation in the strained US-Iran ties.

In his conciliatory remarks, Zarif announced that he holds the authority in Iran to facilitate the deal. "We believe their charges are phony. The United States believes charges against these people in Iran are phony," he said. "Fine, let’s not discuss that. Let's have an exchange." However, US officials have not reacted to the offer and are merely calling for an immediate release of American prisoners in Iran without hinting at reciprocal measures.

The same offer was also presented by President Hassan Rouhani during his September visit to New York for the UN General Assembly summit. Rouhani noted that for such an exchange the ball was in "America's court."

According to US officials, there are currently at least five Americans held in Iran on security and espionage charges. In June, Iran freed Nizar Zakka, a 50-year-old US green card holder of Lebanese nationality who was convicted in 2016 of espionage and sentenced to 10 years. Zakka's release, Tehran said, was decided following a request from Lebanese President Michel Aoun and Hezbollah and after the prisoner demonstrated "good demeanor" in custody.

But once back home in Beirut, Zakka recounted that he had gone through "physical and mental" torture. "Nobody on earth deserves such suffering," he declared during a lengthy and emotional interview with the Associated Press. Reacting, Iran's prosecutor general Mohammad Jafar Montazeri denied Zakka's statements, warning that if he maintains such "unfair" claims, the Iranian judiciary will make public all the evidence that led to his conviction.