Iranians are enraged over the mandatory hijab rules as police deny torture allegations by the victim's brother. 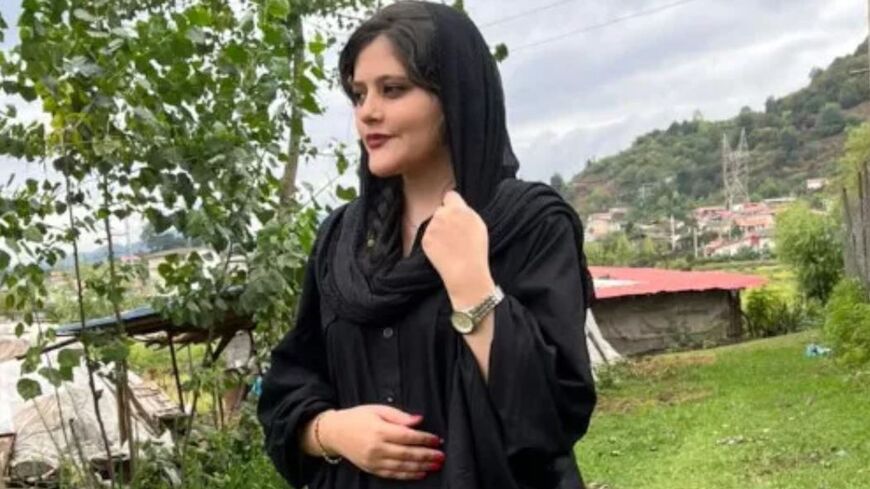 An Iranian woman identified as Mahsa (Zhina) Amini remains in critical condition after being arrested by the "Guidance Patrol," a special police squad in charge of public implementation of Iran's hijab regulations.

The 22-year-old from the Kurdish city of Saghez was reportedly on a family visit to the capital Tehran, where she was accosted by the patrol and taken into detention over lax hijab, according to Iranian media reports. She is currently in an intensive care unit at Tehran's Kasra Hospital.

Her brother Kiarash, who present at the arrest scene, told the London-based Iran Wire outlet that only two hours after her arrest, the news of her hospitalization emerged from released detainees while he waited outside the police station.

"I found her face swollen and her legs black and blue," he said after a hospital visit, suggesting that his sister had suffered torture. "I won't allow this to happen in silence. I will speak out so everyone will hear the story," he declared, while expressing pessimism about justice in a lawsuit he has already filed.

In a brief statement released Sept. 15, Iranian police confirmed Amini's arrest and critical condition but denied mistreatment. "A woman was transferred to one of the departments for guidance and awareness [on hijab], but she suddenly suffered heart failure."

"A classic example of the nature of official narratives of state-committed crimes," wrote exiled Iranian journalist Hossein Bastani about the police statement.

While Iranian authorities have strictly enforced hijab regulations since the 1979 revolution, there has recently been a particularly harsh crackdown on violators.

Reacting to the woman's plight, Iranians took to social media to vent their fury and question the Islamic Republic's enforcement of its hijab rules.

"This is not the way to run a country," tweeted Reformist journalist Abbas Abdi. "The law is neither popularly supported nor balanced in implementation, nor do they practice transparency, and yet they expect the public to buy their claims."

Mistreatment in detention resulting in deaths of Iranian inmates has long been reported by rights activists both at home and abroad.

Amnesty International has also documented at least 92 deaths in custody resulting from "deliberate" denial of lifesaving medical care to Iranian prisoners from 2010 to 2021. One such case that grabbed headlines last February pertained to dervish and political activist Behnam Mahjoubi, who was serving time for participating in an anti-government protest.

Iranian authorities have repeatedly denied mistreatment or negligence allegations and their own versions range from suicide and drug overdose to strokes and heart attacks.