An Iranian cleric’s defrocking has brought attention to a particular court that is unique to the Islamic Republic of Iran. 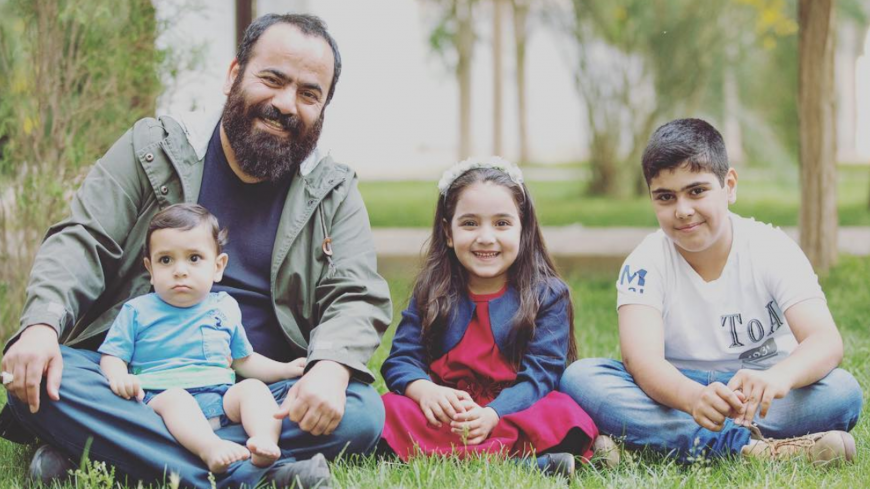 An image of Seyed Hasan Aghamirii and his children posted to his Instagram account, accompanying an announcement that he had been sentenced to prison and defrocked. Posted Jan. 12, 2019. - Instagram/Hasanaghamirii
Arash Karami
@@thekarami
January 23, 2019

On Jan. 12, Seyed Hasan Aghamirii, a popular Iranian cleric, posted on his Instagram account that he had been sentenced to two years in prison and defrocked. The latter is an unusual and rather modern form of punishment in the world of Shiite Islam that is exclusive to the Islamic Republic of Iran. “After 10, 15 years of arrests and taking over my work space and solitary confinement … eventually they issued their verdict: two years in prison, which they kindly reduced to a five-year suspended sentence and permanent defrocking,” Aghamirii posted on his Instagram account.

The case was not handled by a regular court, but by the Special Court of Clergy, a court independent of Iran’s judiciary, which traces its origins to 1980s post-revolutionary Iran. The founder of the Islamic Republic of Iran and former supreme leader, Ayatollah Ruhollah Khomeini, created the inspiration for a special court for clerics during a speech in 1979. “Not acting in accordance with Islam and betrayal of Islam from a turbaned person is worse than it being from someone who is not turbaned,” Khomeini said. His reasoning was that clerics under the previous government, who were using the clergy for personal power, were destroying the reputation of the clergy. “God knows that if there is a special court it is not for [our] defense,” he said. “It is because a handful of corrupt people want to destroy a respectable people [clerics].”

While active before that in various forms, the Special Court of Clergy (SCC) was formally established in 1987. It operates under the powers of the supreme leader, separately from the regular judiciary. The head of the SCC is Mohammad Jafar Montazeri, who also doubles as the prosecutor general of Iran. The head prosecutor of the SCC is Ebrahim Raisi, who is the Custodian of the Astan Quds Razavi, a powerful and wealthy foundation that manages the Imam Reza shrine in the northeastern Iranian city of Mashhad. Raisi is also rumored to be set to replace current head of the judiciary, Ayatollah Sadegh Larijani.

The aim of the court, at least originally, in the words of Khomeini, was to weed out “corrupt clerics.” Yet, in practice, what it has done is far more obscure. Dissident cleric Mohsen Kadivar told Al-Monitor that “we don’t exactly know” what kinds of cases the SCC typically prosecutes. Kadivar, who now teaches at Duke University, has had his own run-ins with the SCC in Iran. The cases “are not published. Are they the same [punishment]? We don’t know,” he said. One thing is certain, according to Kadivar: “It is a tool for suppressing political clerics.” By “political” he means those who do not toe the government line — a government comprised of clerics who operate under a form of rule called the Guardianship of the Jurist, or velayat-e faqih.

It is mistakenly believed that the first person the court prosecuted was Grand Ayatollah Mohammad Kazem Shariatmadari, one of the most popular clerics at the time of the revolution, who afterward clashed with Khomeini due to his opposition to the unchecked authority of velayat-e faqih within the constitution. In an unprecedented move within the world of Shiite Islam, Shariatmadari’s status as a marja-e taqlid — a top Shiite jurist, literally meaning “source of emulation” — was removed in 1982 by the Society of Seminary Teachers of Qom, which Khomeini founded.

There are, however, a number of notable clerics who have faced the court’s wrath and in the process been defrocked. Ahmad Montazeri, son of Grand Ayatollah Hussein Ali Montazeri, was defrocked for publishing audiotapes of his father’s opposition to the 1988 mass executions, which implicated SCC head prosecutor Raisi, who was running for president at the time. Other well-known clerics, particularly popular among some Reformists, which the SCC also defrocked are Hasan Yousefi Eshkevari, Hadi Ghabel and Seyyed Hossein Kazemi Boroujerdi.

However, Hasan Aghamirii’s case is unique. According to Iranian media, Aghamirii faced three charges: insulting the sacred through ridicule; disturbing public opinion, resulting in insecurity in the beliefs of the people; and conducting acts and behavior contrary to that of a cleric.

Aghamirii’s critics derisively call him an “Instagram cleric.” He has 1.7 million followers on the platform, a testament to his strong following among the youth. And the news of his defrocking has only made him more popular. Yet the criticism of Aghamirii is not unwarranted. He does not have strong religious credentials, like so many other dissident clerics before him who went face to face with the SCC. Rather, he owes his fame to social media. Instagram clips of his speeches from the pulpit are all professionally produced, with multiple moving camera angles, skillfully edited and overlapped with powerful musical scores that punctuate his unique delivery style. To make his speeches more comprehensible, he uses common language, devoid of the typical fire and brimstone clerical speak that is often intermixed with classical Arabic.

But that popularity is what also made him a target of the SCC. “If they sense you’re not with them, they will confront you, especially if you have social influence,” Kadivar said. “He was a potential danger.”

From the pulpit, Aghamirii’s topics were certainly different. He often railed against the clergy. “The family of the prophet worked,” Aghamirii said in one clip, attacking clergy who profit from their work as clerics. “But some imagine the family of the prophet would touch the ground and it would turn to gold and that they didn’t work, but it was not like this. They all worked.”

Aghamirii then recounted a time when he asked a group of clerics in Qom if they knew the profession of Abbas ibn Ali, son of Imam Ali. None of them did, of course. He said that those clerics chose not to know that Abbas ibn Ali worked, because knowing would mean that they too would have to work. In a country of high youth unemployment, in which the clerical world is a path toward self-enrichment, it’s understandable why expressing such a sentiment would make one popular — and at the same time attract the attention of the SCC. Aghamirii himself claims that he does not receive money through his work as a cleric but works in the private sector.

In a country where religious conviction is on the decline and the mosques are increasingly empty, a popular cleric who attracts the youth would, in most cases, be an asset and for a state that calls itself an Islamic Republic. For the SCC, however, he was a liability.