Hassan Ghazizadeh Hashemi has resigned as Iran’s minister of health over infighting regarding the budget and his treatment by the Rouhani administration. 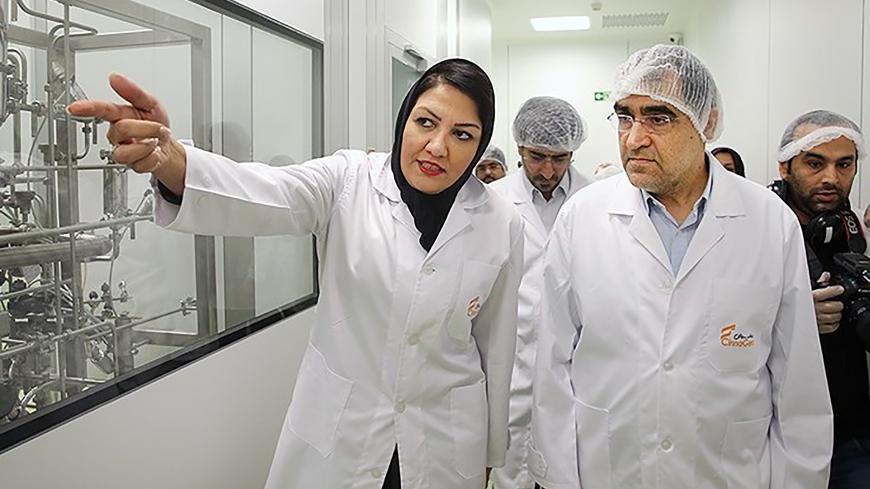 After a week of speculation and rumors, President Hassan Rouhani has accepted the resignation of Minister of Health and Medical Education Hassan Ghazizadeh Hashemi, who quit over budget issues and accusations of corruption at the ministry.

A video of his last address at the ministry was published online. “With my staying, nothing will change other than the damages will increase. The issue is no longer normal but has become personal. Hopefully, this change will cause someone to come [in my place] and … do what was promised [by the administration],” said Ghazizadeh Hashemi. He added, “I’m a hard worker and I have a high tolerance … these aren’t new issues, and I have not made these issues public until now. I’ve written numerous letters to the president; many things have happened and I have not told anybody.”

Citing some of his issues, Ghazizadeh Hashemi said that he did not want to remain just to send people away who needed medical help or force people to purchase low-quality equipment and medicine from the outside and “bring into the system a group of rent-seekers.” He added, “I’m not this kind of person. It was a mistake to work with these types of people.”

Iranian parliamentarian Elyas Hazrati first tweeted rumors of Ghazizadeh Hashemi’s resignation on December 30: “Unfortunately I heard the news that Dr. Hassan Ghazizadeh Hashemi, in protest of the reduction of [his ministry’s] budget, has resigned and has not been participating in Cabinet meetings for some days.” Hazrati added, “It is the responsibility of all those who are sympathetic to prevent his resignation, and I hope that the health minister returns to the Cabinet soon.”

Officials from the Management and Planning Organization, which is headed by Rouhani ally Mohammad-Bagher Nobakht, have denied that the Health Ministry budget has decreased. Rather, they have argued that in the last six years, the budget for the ministry has tripled.

The resignation reveals not only the financial pressure the Islamic Republic is facing — the discrepancy over the increase in the budget could be due to exchange rate fluctuations — but also the infighting that was welcomed by conservative media.

Before Rouhani had accepted the resignation, Tasnim News Agency wrote Jan. 3, “The 12th administration has been in its second year of activity, and it appears there is still no sense of calm.” The article referenced the resignation of Abbas Ahmad Akhoundi, who had been the minister of roads and urban development since 2013 but resigned in October 2018, blaming Rouhani’s management for the economic situation in the country.

Even Reformists — who have been his main supporters — are criticizing the moderate president. Abdullah Naseri, former adviser to Reformist President Mohammad Khatami (1997-2005), wrote that many political activists warned Rouhani when he first took office in 2013 that he needs to “take seriously” his duties. Naseri wrote that Rouhani failed to heed their advice and caused “anger” and that “these days could have been predicted.”

Addressing the accusation that among Rouhani’s Cabinet “some are more equal than others,” Naseri wrote, “It creates problems among the ministers and deputies.” Rather than refusing to attend Cabinet meetings in protest over the budget and then resigning, Naseri urged Ghazizadeh Hashemi to do as Akhoundi did and write down his complaints and problems with the Rouhani administration for the public.